“I prattled, I was greedy, I sometimes told lies. No doubt I stole fruit, sweets, things to eat; but I never, just for the fun of it, did any harm or damage, got others into trouble, or teased dumb animals.” – Rousseau 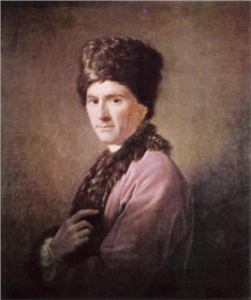 Jean–Jacques Rousseau was a gifted prankster; he was an even better conman. Upon navigating the long list of pranks and cons the philosopher from Geneva admits to in his autobiography, Confessions, it’s difficult to not look at his celebrated, and highly influential, social and political works (Discourse on the Arts & Sciences, The Social Contract, etc.) in a mischievous light. In Confessions, Rousseau often refers to his numerous misdeeds as “misdemeanors.” These “crimes” are so damning that, when read through this lens, his more serious works appear to be “felonies.” Was The Social Contract Rousseau’s biggest prank? The state of nature a well-crafted con?

Probably not. But this is a man who sent all five of his children away to orphanages, and also wrote a book, Emilie: or, on Education, about the proper way to educate a child. This is a man who, when a friend he greatly respected purchased for him a ticket to an opera, snuck away during the commotion in the lobby of the amphitheater, ran back to the box office and refunded the ticket. He took the money and ran. Of the incident, he wrote, “There are moments when a man is seized by a sort of madness and should not be judged by his actions.” He loved providing these little justifications.

His first prank, executed when he was a tween, involved taking a piss in a neighbor’s kettle. Looking back on the incident as an adult, Rousseau wrote, “This memory still makes me laugh.” Did poor Madam Clot, whom Rousseau called “the grumpiest old woman I ever knew in my life,” consume Jean-Jacques’s piss? It’s unclear. But Rousseau clearly felt no remorse, no regret.

Other times he did feel regret. For instance, the time he stole a ribbon belonging to Madam de Vercillis — a woman who took Rousseau under her wing, and with whom he was living — after she died. When caught with the ribbon, he blamed the theft on a poor young girl, Maurienne, the house cook. She was fired. Many years later, he wrote, “At times I am so troubled by this cruel memory, and so distressed, that I lie sleepless in my bed, imagining the poor girl advancing towards me to reproach me for my crime as though I had committed it only yesterday.” A few paragraphs later, he determined that, in spite of the terrible consequences for Maurienne, perhaps his actions weren’t so bad because the event eventually made him a better person.

Rousseau did not become a better person.

He hid in dark alleyways and revealed his ass to women walking by. “What they saw was not the obscene thing, I never even thought of that, it was the ridiculous thing,” he wrote. The “obscene thing” was his penis, the “ridiculous thing,” his bare-ass. As a child, Rousseau was sometimes spanked by his 30-year-old caretaker, Mademoiselle de Lambercier. It gave him great delight. It sexually aroused him; throughout his life, he tried with all his might to relive the experience, hence the mooning. He loved to be spanked. He craved a powerful, punishing mother. (Rousseau’s own mother died weeks after his birth.) He would later have sex with a woman he obsessed over for many years: Rousseau called this lover “maman,” and he was  “her little one.”

And then there was the time Rousseau abandoned a friend in the middle of the street after the friend had a seizure. “He was abandoned by the one friend on whom he ought to have been able to count,” wrote Rousseau. Did the friend die? Rousseau didn’t stick around to find out.

The list of “misdemeanors” goes on, and on, and on, and on. But Rousseau’s greatest con was when he entered a town and pretended to be a talented composer. Though Rousseau’s musical abilities would improve later in life, and his operas became highly regarded, at this point he knew very little of music. For a brief period, he lived with a composer from Paris named Venture de Villeneuve. Rousseau looked up to the composer, as did the ladies of Annecy. Venture made Rousseau’s heart wildly beat, and his “every remark seemed to (be) an oracle.”

So it only made sense that when Rousseau traveled alone to Lausanne (after abandoning his friend in the road), he would tell the townspeople that his name was “Venture of Lausanne.” He decided to, as he put it, “Venturize myself.” He switched the name up a bit, making an anagram of his own: He became Vaussore de Villeneuve, a famous composer from Paris. And, for some reason, everyone in the town believed his lie.

A man named Monsieur de Treytorrens invited Rousseau to compose a piece and have it performed at his home by a local ensemble. Rousseau spent two weeks writing the music―stealing a melody he had learned from Venture―and one night the ensemble convened for the concert. Acting as the conductor, Rousseau signaled for the music to begin. “Never since the first days of French opera, never in all the world, has such a cacophony been heard,” Rousseau wrote of the performance. It was awful. Everyone laughed. “It was beyond endurance!” said one audience member. “What insane music!” exclaimed another.

Rousseau became the laughingstock of Lausanne. Within days, everyone learned of his con. But he did not immediately flee. People seemed to take pity on him, and one family even paid him to give music lessons to their daughter. That didn’t go so well, either. “I found employment in only one house,” he wrote, “where a little snake of a girl amused herself by showing me a pile of music, of which I could read not one note, and which she then proceeded, maliciously, to sing for Monsieur the music-master to show him how it went… I could not follow the performance well enough, even for a moment, to know whether the music being played was the same as what was in front of me, even though I had composed it myself.”

Ironically, many years later, his opera “Le Devin du Village” was performed for King Louis XV. The king loved the music so much that he offered Rousseau a lifelong pension. Rousseau declined the gift. But it made recall the harsh criticism he received from that audience back in Lausanne:

“Poor little Jean-Jacques,” he wrote. “Little did you know that at this cruel moment that one day your music, performed before the king of France and his entire court, would inspire murmurs of surprise and applause, and that in all the boxes round about you the loveliest women would be whispering to each other ‘What a charming sound! What enchanting music! It goes straight to the heart!’”

The conman was vindicated.

Elliott Sharp is a freelance writer living in Philadelphia. His work has been published by Village Voice, Philadelphia City Paper, Philadelphia Weekly, and The A.V. Club, among others. Follow him on Twitter @elliottsharp.