by The Imperial British Olympic Council 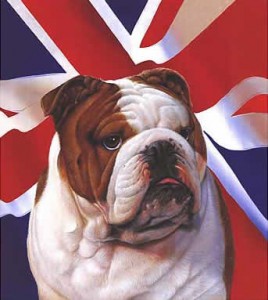 As British people, we understand a few things that you don’t. How do you become an expert in British culture exactly? You can’t. Here’s what you Americans need to understand about Britishness — and it’s quite simple, really — you’re either born with it or you’re not. (You’re not born with it.) You either feel it — your Britishness, that is — in your gut, or you’re left ambling around, lost in a classless mire of democratic conjecture. Sure, maybe in America you can rise above your circumstances to become an expert, but in our England, you’re born knowing the exact value of each person around you: precisely what they are and what they aren’t; what they can do and what they will never, ever do. These are values that are as eternal as the Rose of Princess Di.

While we’re generally rather amused at you Yanks’ ignourance toward our customs and traditions, we feel that it’s our duty to assist you in overcoming your lot. Not that we think you actually can overcome your lot — it would just be rather bad form for us not to give you a spot of help. As members of the Imperial British Olympic Council, we feel uniquely positioned to do just that. And — while we don’t want to give anything away just yet — if you were upset by all the tosh that took place a few years back in Peking, you’re in quite good company. As your Honourary Imperial British Guides to the Her Majesty’s 2012 Olympics, we are proud to give you a sneak peak into this evening’s opening ceremony.

The ceremony begins, as all things do, in complete darkness. A flash, and then smoke, and then a blue police box. Ah, of course, Dr. Who (the best Dr. Who, too — you know which one we’re talking about) has arrived from future-England to let us in on a big secret. The camera zooms in towards his pinched, wretched face. He lifts one eyebrow. He smirks. He holds that smirk for an uncomfortably long time. And then, with nauseating theatricality, announces, “To understand your future, you must . . . repeat your past!” Fireworks, bombast.

Cue a thousand dancers crawling on top of one another to form a river (a channel, if you will). On one side, Julius Caesar and the armies of Rome. On the other, hapless barbarians (they do not yet know what they are about to become) led by Boudica (played by Dame Judy Dench).

For a moment it looks as if the  proud, strapping not-quite-British men and women are about to be overcome by the charging legionnaires. Could Brittania be forever lost to Italian decadence?

No. It cannot, it must not happen. Instead, both they and the Romans collapse upon themselves and one another (tumbles, many tumbles). The two groups fuse together into one joyous movement: procreation. It lasts a minute. A moment later, the scene clarifies itself, the two groups having become one, lifting a thousand British babies over their heads, crying out in confused ecstasy. Huzzah!

Their bliss does not last. Half of the babies are skewered by arrows from unseen sources. Sacrebleu! The French have arrived!

A rosé fog filters through the audience, as the amplified sound of Frenchmen sneering assault the attendees. Accordion music blares from the speakers. Frogs legs and armpit hair are strewn indiscriminately, thrown into the crowd by mimes riding bicycles while reading poetry and wearing necklaces made of onions. The surviving British babies cry out in agony and disgust.

But in the blink of an eye, they are no longer babes. They have become strapping jacks. As one, the upper lips of all Britons stiffen into a cold, unfeeling resolve.

A bright light flashes. The stage is suddenly transformed into the rolling hills of Normandy. On one side, the mustachioed French, armed with effeminate crossbows. On the other, the bold British, led by Henry V (played by David Beckham, wearing only a pair of boxer briefs). “Once more into the breach,” he cries in a startlingly girlish voice. “Their crossbows are no match for my chiseled physique and footie prowess!” The British charge into the ranks of the rank Frenchmen, who scatter to the sound of folding accordions and farts. Henry plants St. George’s cross into French soil. The lights cut.

A cobblestone street. In the distance, a lone figure approaches. He is hideous: shriveled skin, crooked back, rotted teeth. But his vestments are resplendent — garish even. It’s the Pope, and he’s strutting about as if he’s the peacock of Christ almighty. “Ayyyy. Mama Mia! A penny and all-a your sins are-a forgiivvveen,” he cries. The proud people of England shrink in fear before this horrible creature, stricken by his insatiable love of money and his general air of lechery. He is nothing if not debauched.

But the British have their champion. Henry VIII (Ricky Gervais) appears. “You are nothing but a teller of tales!” Henry winks at the audience. “You are cast out of England. Our god . . . is a British god.” He strikes the Pope in the chest with his sceptr; the Pope dissolves into a cloud of coins. The scene is supposed to end here, but Gervais smugly breaks character to declare “All religion is a fairy tale!” before being whisked off the stage by Olympic handlers.

The Globe Theater inflates in the middle of the arena. Shakespeare (Steve Coogan), quill in hand, stands at center stage. “What to write about?” he asks, pensively. “All the world’s. . . a-ha!” Every character from every Shakespeare play fills the theater, hand-in-hand. They sing “The Long and Winding Road” in its entirety. Gwyneth Paltrow, inexplicably, is given a solo.

A horrible, carcinogenic, unceasing ash fills the stadium, as the sounds of industry, the whistles, the hunger, and the impalements, create an aleatoric symphony (composed by Johnny Greenwood). The industrial age is upon us.

Night falls. Gaslight (provided by British Petroleum) illuminates a single Bobby, twirling his truncheon, whistling the theme to The Prisoner with surprising alacrity (he smiles, knowing his anachronism). A young pauper emerges. The only parts of his face untouched by soot are the tracks left by his tears. “Shine ya shoes fo’ a ½ pence, gov’na?” The Bobby looks to the audience, puts his hands up in the air, palms open, and then rears back and kicks the boy square across the jaw. The crowd explodes in riotous laughter.

He does a little half-step jig and continues across the stadium. A bawdy, choleric woman in tattered dress idles on a street post. “How ‘bout a l’il toss, Uncle?” The Bobby once again appeals to the audience. “Couldn’t hurt!” a lad yells from the royal box (Prince Philip, obviously). The Bobby begins to unzip his pants when a blood-curdling scream breaks across the stadium. He runs off.

The lady of the night lights a cigarette, and promptly has her neck cut open by a figure in a top hat. It’s Jack. Good ol’ Jack! The oft-celebrated serial killer. What a scoundrel. A dozen dancers join him in a perfectly sinister routine wherein Jack (Alan Rickman) disembowels each of the dancers (tumbles, oh, the tumbles) while the crowd shrieks in delight. But his moment is brief, because the stage is suddenly transformed by light and heat.

Every corner of the world — the Americas, Africa, Australia, India, the Far East — is represented. Each is visited by an identical, upper-class British man, wearing an explorer’s hat and monocle. “I’ll have some of that,” he says with a wink. “All of that.” He begins to beat the inhabitants with a stick. “Whack!” he cries with every strike of his stick.

Some would say this is the crowning moment of British history, but it cannot last. A screaming comes across the sky. It has happened before, but there is nothing to compare it to now. The missiles placed on the roofs of British blocks of flats for “security purposes” fire V-1 rockets in unison at the stage. In a corner of the stage Banksy paints a mural depicting him painting the rockets as if they were ice cream cones being held by children until he too is decimated.

Winston Churchill (Ben Kingsley) rises from the ashes, holding two fingers above his head. “In every hedgerow, in every hen house, we will . . . SWING!”

Go-go cages rise from the floor. Fireworks erupt. When the smoke clears, a dayglo stage is in the center of the arena. Eric Clapton and Jimmy Page on guitar. Roger Waters on bass. Ringo Starr on drums. They play “You Really Got Me” while the go-go dancers jive and thousands of teens surround them. But the moment is fleeting: the teens slowly lose interest and become all spotty on drugs. The 70s have arrived.

The dayglo paint fades. Streets and buildings crack. The money is all gone. Surviving members of The Clash and The Sex Pistols amble about, sopping up what’s left of the national economy. Johnny Rotten head butts the occasional security guard. Eventually, Margaret Thatcher shoos them off stage, to introduce Paul McCartney and David Bowie.

They sing a song together, “England, Now and Forever,” an original song by Elton John to the (uncredited) tune of Howlin’ Wolf’s “I AIn’t Superstitious.” “I ain’t jingoistic / but England, now and forever / When I see that Union Jack risin’ / My eyes, they start-a cryin / I ain’t jingoistic / but England, now and forever’” Fireworks erupt. Voldemort and Mary Poppins are nowhere to be seen. The house lights turn on and the audience turn their backs to the stage and start the long lory-ride home.

Suddenly, a cry pierces the staunch, stately British silence. “Mummy!” the boy shrieks. “Mummy!” Many of the crowd are displeased, “How did a commoner get in here?” more than a few are heard grumbling to themselves. But he’s spotted something terrible and mighty. Something unplanned.

Slowly, almost imperceptibly, a solid gold pyramid rises from the earth. Its very presence is disconcerting. One thing is certain: a barrier has been broken. The invisible walls separating us from the Unknown have been breached. The pyramid rises, above the walls of its enclosure, above Big Ben, above The Great Eye of London.

Somehow no one notices the 24-meter figure hovering above the pyramid until it speaks. The voice carries with it the timbre of the voices of a thousand forgotten mages, the voices of a thousand martyrs to the rites of the ancient world. It is a man’s voice. “DO WHAT THOU,” he begins, but before he can finish his most famous phrase, the looting begins. “WILT.”

“Who is this mysterious figure?” David Cameron shouts to both no one in particular and to the entire British Commonwealth. The mysterious voice is heard again, but this time it does not come from the floating figure above, it comes from the scamp who originally spied the pyramid: “IT IS MASTER CROWLEY, COME AGAIN TO CLAIM WHAT IS HIS. HE HAS COME TO RETURN OUR LOST EMPIRE TO ETERNAL DAWN.”

The sun, naturally meant to sink at such an hour, ceases its rightful path into dark. It, like the mysterious figure, hovers above the fold. It does not set. It will not set. Ever.

UPDATE: The Olympic Games have been canceled due to rain.