Portrait of the Mother as a Young Woman – Friedrich Christian Delius 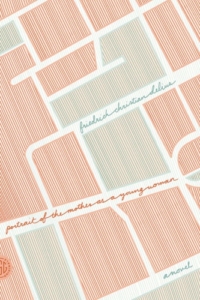 Tr. from German by Jamie Bulloch

Friedrich Christian Delius’s novella, Portrait of the Mother as a Young Woman, begins with the protagonist, a German woman in Rome in the winter of 1943, recalling her Italian doctor’s advice: “Walk, young lady, walk if you want to walk, the child will like it if you walk.” The woman, it is clear almost immediately, is generally anxious and fearful; she is deeply unsure of herself as a foreigner amid the architectural splendor and ubiquitous catcalls of Rome. And so she follows her doctor’s advice.

Portrait of the Mother as a Young Woman, it is important to mention, is a single, 115-page sentence. While reading it, however, this doesn’t feel unusual: it seems as though Delius simply sought and found the perfect form for his material. (It’s a testament to the work of the translator, Jamie Bulloch, that the form remains powerful in the English version.) The succession of commas echoes our protagonist’s steps as she takes us not only through Rome but also through her looping and circuitous inner monologue.

Margherita — whose name we only learn because she passes by a bridge with the same name, triggering a memory of her husband remarking upon it — is 21 years old, eight months pregnant with her first child, and pining for her husband, Gert, who is stationed at the German front in Africa. Outwardly Margherita only travels a few miles from a home for the elderly, where she’s staying, to attend a church concert. Inwardly, however, her journey is labyrinthine.

Loyalty to Hitler is so ingrained in Margherita’s psyche that she is loathe to speak even in private of a desire for the war to be over, much less to give voice to the tense internal truce she struggles to maintain between her deep Protestant faith – religion having been openly disdained by Hitler – and her allegiance to the Führer. She constantly finds herself puzzling, with no small amount of anguish, over “the daily conflict between the cross of the Church and the crooked cross of the swastika, between the selfless community of the League of German Girls and the selfless community of the Christians.”

As an American brought up in a largely Jewish neighborhood, where the public school curriculum focused heavily on the Holocaust, I found the sympathy that Margherita’s character engenders to be unsettling, not to mention unexpected. And my uneasiness toward my own sympathy for her echoes Margherita’s struggle with her own internal conflicts:

it was all so difficult, GOD WITH US stood on the soldiers’ belt buckles, above an eagle on a swastika, God and Führer were united on every uniform, even Gert wore God and the eagle and the swastika across his stomach, but he did not like to talk about it, it was all too difficult

She arrives at the same unanswerable questions, again and again — not only the irrevocable divide between Hitler and God but also the question of the date of her husband’s return, and the dwindling possibility of a German victory. And even as she attempts each time to quench her fears with an invocation of surrender to God’s will, her anxiety only rises:

like a blossom that opens prematurely, this feeling of longing burst forth inside her again and again, more powerful than reason and military orders, and not everything that her throbbing heart whispered to her could immediately, that same moment, be held off and silenced by her faith in Him, who brings order and rectitude to everything

Yet Delius crafts a symphony out of her anxieties: as Margherita listens to a Bach aria in church, the concert she’s been walking to for the preceding 100 pages, her emotional pressure builds in the final pages to an orchestral explosion of feeling. Under the influence of the music, “the cello that swept through the depths of her soul,” she is finally unable to stem the flow of feelings. She begins to weep.

The effect of the book’s overall structure is stunning.  The final paragraphs, an emotional coda to the crescendo before it, bring us the text’s first and last period. The thousands of preceding commas, echoing Margherita’s thousands of steps, have lent this sudden full stop an astonishing impact. A single piece of punctuation has, it seems, never held such power.

As Delius builds toward his finale, Portrait of the Mother as a Young Woman becomes not only a portrait of the effects of wartime and political indoctrination on a person’s psyche, but also a tribute to the city of Rome. The city, which literally protects Delius’s protagonist by virtue of its history (“no bombs would fall on Rome, that was certain, it was obvious, the English would not raze the Eternal City and the centre of Christendom to the ground, neither would the Americans”), is in Delius’s hands a mysterious, magical place spilling over with history, splendor, and beauty in excess. In a single sentence, a woman and a city suffering under Fascism both become alive: tragic, pitiable, and transcendent.