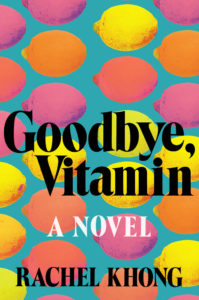 Howard Young has a problem with memory. Because there is no test or scan that can diagnose his problem with complete accuracy, it must be charted by clues. Family members cite “lapses” when they answer calls from neighbors who have found his clothing hanging from the branches of trees. It’s on account of “inconsistencies” that Howard’s boss tells him to return to work only when he can behave himself again. His problem is implied by the arrival of low-sodium salt and costly vitamins to the family kitchen, by a browser tab left open on a shared computer to a search for “memory improvement,” and by the measures taken to childproof a home with no children in it. Nobody wants to call Howard’s problem by its putative name — Alzheimer’s disease — so instead it remains a kind of riddle. Howard himself is the only one who will speak of it directly. “I’m just straight-up demented,” he says.

When Ruth, Howard’s adult daughter, visits home after a long hiatus, it doesn’t take her long to solve the riddle. Though Howard doesn’t seem any different to her at first, the clues stack up. Her mother gives her one oblique nudge to extend her stay, and with that Ruth abandons her life in San Francisco to return to her childhood home indefinitely. Thus begins Goodbye, Vitamin: Rachel Khong starts her narrative here, with a homecoming.

Khong writes her debut novel in this spirit of return. Her style is unpretentious and sneakily silly, like an afternoon spent with an old friend. Her narrator describes her hometown with a reverent shrug of the shoulders. As is true of all hometowns everywhere, hers is at once sacred and wholly unimpressive. When she makes the move back, Ruth is forced to account for the years that have passed since she last lived there. In Goodbye, Vitamin, characters are forced to reckon with buried stories and former selves.

Ruth hasn’t been home in a while. She missed the worst of her father’s drinking and her parents’ near-divorce. In the meantime, she built a life with a partner who, in the end, left abruptly. All told, Ruth has her own problems with memory. While her father’s recall has been faltering, Ruth’s has gone haywire. Back at home, faced with myriad souvenirs of who she had been before she left, Ruth sets off in pursuit of a narrative that will explain how she ended up where she is. Blindsided completely by the breakup, she is left to look retrospectively for the signs of its arrival. She spends idle days mining the many years she spent with Joel, her ex, in order to do the autopsy of a relationship whose end she never saw coming. With the tragic determination of a heartbroken person, she tries to be over it, but then “a thing washes up, out of nowhere — like an ancient candlestick from some wrecked ship.” She can’t help but remember. More and more, Howard can’t help but forget.

What Goodbye, Vitamin asks is this: How does love weather the revision and erasure of the stories we tell about the past? What happens when the legitimacy of collective memory is under threat? When her neat foundational narratives are blown apart by disease and betrayal, Ruth is left searching for coherence, for a glue that will bind her to others and to an enduring sense of self. Biological developments in Howard’s brain are a microcosm of the peril that prompts her query. The regular function of neurons is to connect, but as Howard’s disease progresses, plaques and tangles get in the way. Likewise, the regular function of people is to connect. In this, they too are stymied by plaques and tangles — by missed communications and misunderstandings. Goodbye, Vitamin chronicles Ruth’s attempt to make space for inter- and intrapersonal tenderness.

Khong is lithe in crossing this terrain. Her touch is light despite the gravity of her subject. The novel has as many jokes as it does heartaches. Khong has been an editor and writer at the food journal Lucky Peach since its inception, and she authored the “quasi-encyclopedic” cookbook All About Eggs, released this April. Readers will delight in the sly ways that Khong’s food-writer background reveals itself in her descriptions. When Ruth and her friend Bonnie are staring at the sky, they debate whether the clouds look most like scrambled eggs, cotton candy, or ground beef. On a night in February, the moon is a cut zucchini coin. When describing her mother’s beauty, Ruth says her eyes are like pitted olives because of “the way they remind you — in case you’ve forgotten – that pupils are empty.”

The way that Ruth gauges the progression of her father’s illness is also food-centric. At first, he seems to be doing fine: he’s chatting with a waitress over guacamole, he’s developing a taste for rotisserie chicken, he’s pulling Ruth’s leg by referring to a banana as a “curved yellow fruit” as if he has forgotten its proper name. It’s Annie, Ruth’s mother, who seems to have the problem: she stopped making food after some reading on the internet led her to believe that her aluminum cookware caused Howard’s condition. Then, there’s the switch. Howard introduces Ruth to the waitress at the Mexican food restaurant one too many times. Howard takes a chicken out of the grocery store without paying for it, by mistake. Howard is eating bananas too early, when they’re still green. His family has been warned that, when his dementia gets worse, he’ll start eating them with the peel on.

This novel is a series of journal entries, and it’s also a correspondence between father and daughter. Within entries, Ruth excerpts notes, like the one following, from a journal that her father penned to her many years earlier:

Today you asked why it was that people say cloudless and cloudful. Today you made clear you did not know there was a difference in the spellings of “pitchers” and “pictures.” You scraped seeds off of bagels and planted them in the flower bed out front. I didn’t have the heart to tell you that there’s no such thing as a bagel tree. Today I thought: I’m nuts–I’m just nuts–about you.

As Howard’s memory problem becomes more and more entrenched, Ruth assumes her role in this correspondence. When the doctor orders her to “be present” for her father, she changes the way she writes her journal to match the way he had written his. Her dad is named in the third person in her earliest entries, and in the latter ones he is addressed in the second — she is writing to him, just as he had written to her. Later on, instead of writing the memories that wash up like ancient candlesticks, she begins her sentences with the word “Today.” “Here I am,” she writes, “in lieu of you, collecting the moments.”

When she is called to be a witness and companion to her father, Ruth learns that, though life repels tidy endings and full closure, compassion can weather the disarray. Ruth’s homecoming leads her to many new discoveries, not least of which is a way out of her memory problem. Ruth — and Khong — will leave readers with a new willingness to just be “nuts” about the people close to them, whether or not all functions are regular.