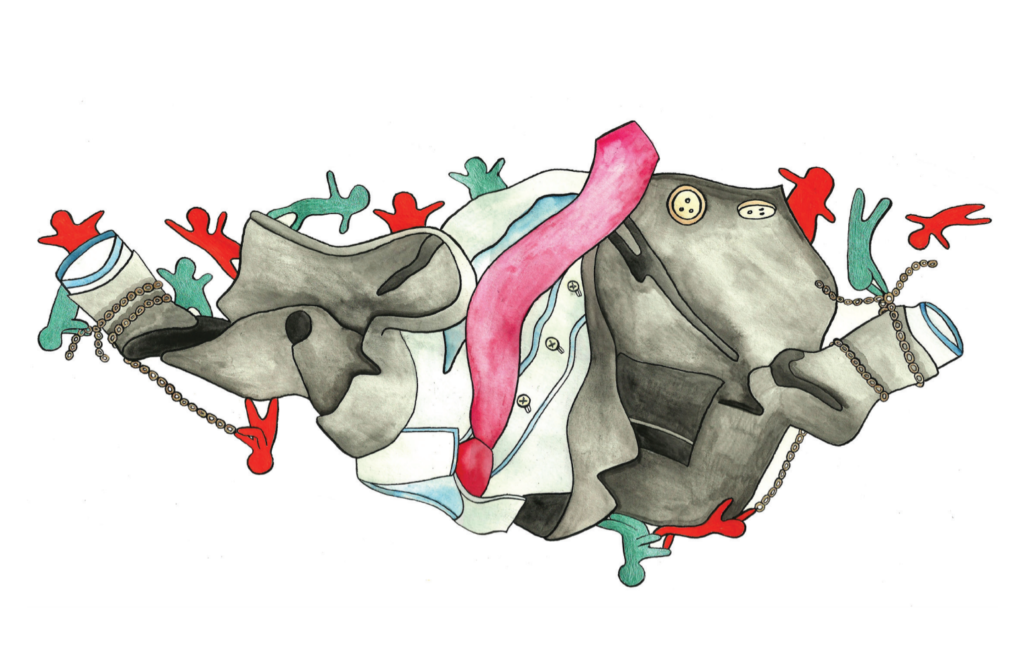 In June 2013, the Associated Press released photographs of Chip Starnes, the American co-owner of the company Specialty Medical Supplies, who was being held hostage by a crowd of Chinese workers at a factory just outside of Beijing. Starnes had arrived at his plant in order to commence layoffs and subsequently was apprehended and imprisoned by disgruntled employees. Several workers were unhappy with their severance packages, while others believed that Starnes was planning to close the company and abscond with their wages entirely. The locked-in Starnes, hazily sullen behind a barred window in the photos that emerged, was delivered three meals a day by local police, who otherwise declined to intervene. Within a week, the workers had forced concessions and the siege was over.

Workers at a Goodyear factory in France similarly nabbed two executives in 2014 in protest over the company’s plans to shutter the plant and thereby eliminate over 1,000 jobs. As many as 200 employees occupied the factory and detained their bosses in an office, plugging the door with a massive tractor tire to prevent escape while more stacks of tires burned spectacularly outside, shrouding the whole operation in rubbery black smoke. Though the police eventually retrieved the trapped executives, Goodyear went on to grant the laid-off kidnappers three times the severance pay that they had initially proposed, up to 130,000 euros per employee.

The Goodyear hostage mirrored a wave of bossnappings that spread throughout France in 2009. That year, over ten incidents of bosses taken hostage were reported, and included incidents at major multinational companies like Sony, Caterpillar, and 3M, where — as several media outlets reported — the imprisoned manager was fed mussels and fries while he waited to be released. Almost all of the hostage situations resulted in favorable settlements for the workers. Bloomberg Businessweek mused after the Goodyear hostage and subsequent payout, “Bossnapping and similar tactics have turned out to be pretty effective negotiating tools for French labor unions.”

So, too, has the tactic been promising for workers in China, though documentation of such instances there remains scant. Unlike France, where some of the bossnappings are orchestrated and backed by unions, in China they are but one facet of mounting worker unrest that has taken place almost entirely outside the confines of organized labor. “You do hear stories about boss hostages happening from time to time,” says Eli Friedman, a labor scholar at Cornell who studies worker insurgency in China, “but there are no statistics on this, and reporting is always sensitive and subject to censorship.”

Predictably, the Chinese cases that attract the attention of the American media tend to involve multinational company owners like Chip Starnes, and, a few months prior to that, ten Japanese bosses who were taken hostage along with some Chinese managers by an estimated 1,000 employees at the Shanghai Shinmei Electric Company. After attempting to impose a new set of draconian workplace rules, including fining workers for taking bathroom breaks over two minutes long, management was locked into the factory during a visit from the company’s president, Hideaki Tamura. According to the South China Morning Post, Tamura later reported that the plant’s workers had trapped him and other managers in his office and refused to let them use the bathroom. Though police eventually arrived to shepherd the managers out of the building, Shinmei released a statement the very next day apologizing for the new rules and promising to raise workers’ wages.

The highly publicized Foxconn suicides of 2010 and the wide-release documentary Last Train Home drew international attention to the plight of China’s increasingly disenfranchised migrant workers, who travel by the millions from their rural homes in China’s interior to industrial factories on the coast for employment, scratching out a living on meager wages and sending the little money that is left over back home to their families. But Friedman points out that while the widely dispensed image of the Chinese masses toiling away on iPhone assembly lines may depict one aspect of the ruinous effects of global capitalism, this narrative fails to account for the ways in which these same workers are responding to their dismal labor conditions with mass demonstrations and work stoppages at an astounding rate — and all without the assistance of the very unions that theoretically exist to protect their interests.

In his 2014 book Insurgency Trap, Friedman delineates the evolving tensions between workers and unions in China, focusing primarily on the rise in worker militancy following the global economic crisis of 2008. Unions in China are state-run and organized under the All China Federation of Trade Unions. While the ACFTU holds significant influence over state policy, its subordinate unions are mostly impotent at the enterprise level, where they tend to be controlled by factory management and are regarded with suspicion and hostility by workers. When labor conflicts arise within workplaces, writes Friedman, “workers are therefore forced to take radical autonomous action in order to have their grievances addressed, often in direct opposition to union representatives.”

In the hostages of Chip Starnes and the Shinmei bosses, employees assumed the role of their defanged unions and simply decided that neither they nor their managers would leave the negotiation table until an agreeable solution could be found for the disputes at hand. But Chinese workers often face a more urgent reason for detaining their bosses. Following the news of Starnes’ captivity last summer, Li Qiang, president of the US-based organization China Labor Watch, explained to NPR that factory owners in China are known to skip town when their factories go bankrupt. “Bosses move factories without a heads up to workers,” Qiang said, “and so workers are left unpaid.”

The privatization of state-owned enterprises, which often leads to layoffs, has also met ferocious opposition from workers. In 2009, workers at the Tonghua Iron and Steel Factory in Jilin province believed they were in danger of losing their jobs or suffering pay cuts when the state-held company announced that the privately owned Jianlong Steel was to become a majority stakeholder. When the new Jianlong-appointed manager arrived on the Tonghua premises, thousands of workers began to riot, halting production in the factory then blockading the road and smashing police cars to prevent authorities from interfering. In the fracas, Chen Guojun, the executive who had been dispatched to his first day of work, was beaten to death after threatening to fire disruptive workers. The government went on to cancel the deal with Jianlong.

Militant labor tactics, even the ones that end in death for managerial hostages, generally find widespread popular support in China. “I remember when Tonghua was blowing up in the media, and finding all of this enthusiastic support for boss murder in online forums,” Friedman recalled. Though one chief suspect in the killing was eventually convicted, the majority of the Tonghua workers escaped state retribution for the riot and kept their jobs, while the president of the company and several vice presidents were forced to resign in the aftermath. And when workers seize foreign bosses, public support can further tamp police intervention. Though they may want to, Friedman explained, “the local government doesn’t really want to be seen on TV dispatching riot cops to beat up Chinese workers in order to save an American capitalist.”

Likewise, in France, widespread public support for bossnappings is often enough to stay the hand of local police. After the Goodyear hostage, Maurice Taylor, Jr., the American head of Titan International who had been solicited to take over the factory, appeared on a French radio show to discuss the incident. He sulkily quipped, “In the US, that’s kidnapping and they’d go to prison. The police should go in and arrest these pirates, but they won’t—that’s how it is in France.”

Though bossnappings are still relatively rare, even in the countries that seem to tolerate them, they function as a symbolically potent tactic in the arsenal of labor militancy at a time when workers are increasingly required to identify with their firms and their management. Specifically, the bossnapping is significant because it renders visible the increasingly vanishing antagonism between employee and employer. Even the most time-tested and iconic of collective labor actions, such as the picket line, often fail to foreground the fact that managers still operate symbolically on the side of capital.

Such was the case over the summer of 2014, when the non-unionized employees of the New Hampshire-based supermarket chain Market Basket staged a strike with the primary goal of reinstating their ousted CEO, Arthur T. DeMoulas, a beloved father-figure who reportedly knew the names of even his lowest-level employees and their family members. Combined with a call for boycott, the strike drove Market Basket to the brink of collapse over the course of the summer. It was effective: DeMoulas (whose net worth was about $675 million prior to his expulsion from the company) was eventually allowed to become the majority shareholder of Market Basket and reassume his former position.

In an overview of the strike for Jacobin, Michael Lee-Murphy argued that despite its seeming reliance on the noblesse oblige of a good boss, the Market Basket strike was nevertheless a spectacular display of collective worker strength at the point of production. On this he is not wrong. But if, as Frédéric Lordon posits, our age of neoliberalism is defined precisely by the increasing collapse of the distinction between workers’ desires and those of their employers, it is also worth interrogating whether labor actions that don’t reaffirm the division between workers and capital may inadvertently help lay the ground for a kind of truncated workers-rights agenda that satisfies itself with a savvier version of capitalism rather than the abolition of it.

“Sedition” is Lordon’s preferred term for acts that disrupt the co-linearization of workers and capital, and it is a perfect way of describing the belligerent and often criminal act of bossnapping. There is, to be sure, a world of difference between the industrial workers in France and China who kidnap their bosses and the white-collar employees of American firms who would likely find themselves blasted away by the police were they to attempt such negotiation strategies. Yet, even where they seem impossible, bossnappings can still serve as a psychic compass for workers by allowing us to recognize that we need not cross over to the side of management to get what we want. If we can cheer on those who ransom their bosses for fair pay and hefty severances — even from the other side of an ocean — we may be that much closer to undertaking new forms of sedition ourselves.

J.C. Pan is a contributor to Full Stop, Jacobin, Dissent, and other publications.