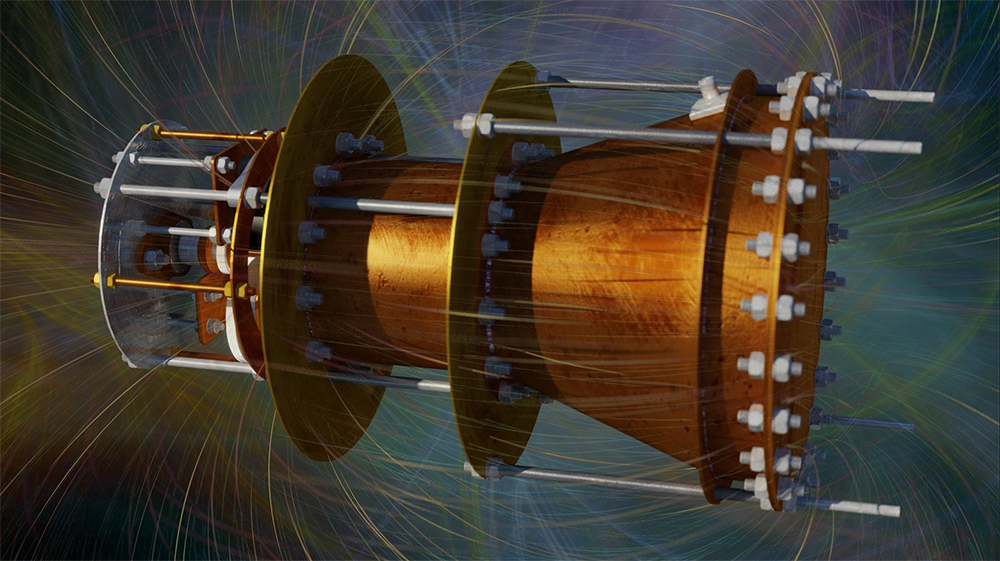 Plunging into the heart of an imploding star to sweep tons of Illyrion — the future fuel of intergalactic spaceships in Samuel R. Delany’s novel Nova — requires an unruly mind, a visionary ready to trade his sight for power. A fast-paced economic crisis is gripping the outer colonies and any alternative access to the propellant — quicker than mining the reserves in New Brazilia’s hell — has become a viable option. Captain Lorq dives The Black Cockatoo into the blinding day of the nova, where all colours squeeze into one. There, he sets the ship commands on sensory input mode, his eyes still wide open, and catches sight of the Illyrion mass, free floating at the centre of the blowing star. He sweeps it up and drives out from the other side, winner of the noon. Blind.

Upon unloading their seven tons cargo at the entry port in New Brazilia, exhausted, the cyborg studs of the crew intercept the puzzled looks of Illyrion miners: How could it be so easy?

In 1980, Roger Shawyer, then a physics consultant for the British army, was based in the Middle East. When the Iran-Iraq war broke out he evacuated back to the UK, joined the space industry and resurrected an older project of his. The anticipatory mode of Cold War strategies required solving prospective problems that would possibly never materialize. Scientists were told to “think the unthinkable,” Shawyer says. So he did. The EmDrive is an engine that supposedly converts electrical energy into thrust without needing reaction mass. A cylinder with a-symmetric bases, the front-end narrower than the back-end, hosts a cavity where electromagnetic microwaves bounce on the inside surface. The differential of potential generated in the shaft translates into a thrust movement, pushing forward in the direction of the narrower end. In 2001, Shawyer established a research company, SPR Limited, to further develop his idea.

According to Shawyer, a plethora of images that fiction has already implanted in our memories would no longer be just images: from earth-based private flying vehicles to cheap interplanetary human transport. An EmDrive could make movement across the solar system cheaper and much faster.

We read about this now and not a decade ago because NASA has been putting some effort into building an EmDrive. If we go by the interviews recently released, the effort appears timid and a bit awkward. Even admitting that someone in Houston is trying to produce thrust without either propulsion or traction, breaking the Newtonian laws of preservation of energy and momentum, can raise embarrassment. If one prototype at the Johnson Space Center has shown positive results and produced a small amount of thrust, that must have been the result of electromagnetic leaks in the experiment chamber. And either way, the concerningly inexplicable event has manifested itself with negligible frequency, not inconsistent with random chance, just a notch above measurement error margins.

A degree of healthy scepticism easily morphs into forgetfulness for the grey paths future knowledge may follow. Beyond wishful thinking and possibly foolish enchantment, something of the EmDrive stays with me. A sense of underwhelm taints the many images I own of a gradual human exit from the planet. The dramatic effect has been sucked out, replaced by a paradoxically buffering mode. 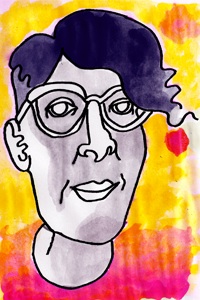 Currently based in London, Silvia Mollicchi is a writer and a founding editor of Fungiculture. She writes a column for Full Stop about unlikely experiments, inventions, and theories.

Not just a cheap exit, but a clean one, in fact, unusually quiet for our species. We will congratulate ourselves for it and feel self-righteous about it. And there certainly isn’t anything bad with politely flying across space thanks to self-perpetrating thrust; except for a disorienting anti-climax. Sure, this blunt dissipation of tension puts a much-awaited end to dramatic heroes, always gesturing back to their egos. My, perhaps embarrassing, nostalgia is a mix of subconscious yearn of collective moral punishment and the impression that the easy way out means we won’t get to construct something better. No more complex amalgamation with the world, hanging together with the rest of it. No more drama.

Then, speaking of implanted memories, if I focus a bit closer on ‘thrust’ as a type of movement, I can’t shut down an un-coordinated stream of other peripheral images. Sensual pelvic moves, Maciste-like weight throwers in Olympic stretch suits, teenagers wearing headphones, rocking their heads for Kid-A, monkeys tossing paleolithic bones so hard that they morph into 1960s space ships. But chiefly, pelvic moves of the sensual dancing type.

So as I jump in my kitchen, leaping my hips back and forth, pretending to be larger than my skinny size, I see this quiet metallic body traversing a profound space. I see it from across the window above the sink. And this isn’t South London anymore. The background is a monolithic black of horizon-less extension, and the a-symmetrical cylinder flies, but without aiming anywhere, it just flies. I reckon, if space travel is inexpensive, then we may as well keep going until we reach the boundaries of wherever it is that the physical rules we have discovered are no longer tenable. There, things may or may not hold together.