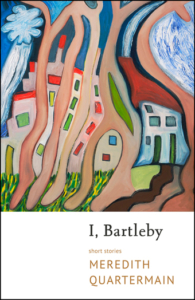 Since the trifurcation of “Poetry” (roughly in the 18th century) into the three genres that in turn came to comprise the category of “literature” — poetry (primarily lyric poetry), fiction, and drama — the phenomenon of writers crossing the boundaries of these now three separate literary forms has not exactly been rare. Thomas Hardy was a great poet and a great novelist. Samuel Beckett was a great playwright and a great fiction writer. Edgar Allan Poe was equally adept at lyric poetry and short stories.

However, the divide between forms, especially between fiction and poetry, has arguably become even thinner, evident not only in prominent postwar writers who found success as novelists after beginning as poets (Gilbert Sorrentino, Denis Johnson, Sherman Alexie), or maintained parallel careers as novelists and poets (John Updike, Marge Piercy, Raymond Carver). It could be argued that the American fiction of the 1960s and 70s now considered “postmodern” was inherently a language-centered fiction that in disrupting conventional narrative forms substituted broadly poetic structures in their place (Donald Barthelme or John Hawkes), while some writers, nominally writing prose, were as gifted at figuration as any poet (Stanley Elkin or William Gass). More recently, writers who have been identified as the “school of Lish” (novelist, teacher, and editor extraordinaire Gordon Lish), including Gary Lutz, Diane Williams, and Christine Schutt, have brought attention to the sonic and syntactical effects of the sentence in a way that often compels us to regard one of their compositions at least as much as a poem as a “story” in order to fully appreciate its aesthetic character.

The increasing popularity of the prose poem among current poets has itself brought the two forms into closer proximity, through the confluence of prose poetry and what is called “flash fiction.” Not all writers of flash fiction, of course, regard it as a version of prose poetry, but rather as an experiment in the radical reduction of plot, character, setting, or scene to the minimum extent possible while still retaining some semblance of structure and coherence. Nevertheless, a number of such writers do blur the boundaries between prose and poetry, from both sides of the diminishing line between the two, and among those should be counted the Canadian Meredith Quartermain, whose new book I, Bartleby is labeled “short stories” on its cover but surely does come close to making that line all but imperceptible, if not simply irrelevant.

This is especially true of the shorter pieces included in the book’s first section. Generally fewer than two pages long, most of these begin with a motif or image that is then developed through elaboration, association, or something like a brief narrative. “A Natural History of the Throught” riffs on color, beginning with violet, which is “opposite yellow on the color wheel.” “Out of the Dark” begins as a riff on light, but then light strikes someone’s hand (presumably the writing hand of “I, Bartleby,” introduced to us in the first story as a sort of metafictional stand-in for the author), bringing its corpuscles to life (who prove resistant to the effort). The story is at once both a lyrical reverie and an allegory of the recalcitrance of inspiration. In what seems a throwaway remark, “I” tells us in “A Natural History of the Throught” that “I’ve lost my train of thought,” but this assertion proves to be a kind of clue to the method Quartermain uses in many of these pieces, as the author/narrator pursues a “line of thought” in a way that produces less than a well-ordered story but more than disconnected utterances.

Other sections of the book offer longer pieces, although they too can’t really be called short stories in any conventional sense. The metafictional framework established by the initial short pieces is carried through the rest of the book, reflected in section titles: “How to Write”; “Scriptorium.” Several of the pieces directly concern writing and language, among them “If I prefer not,” in which “I,” transposed to the third-person “She,” attempts to write about a Chinese man she has passed on the street, “Cloth Music,” literally a story about Chinese calligraphy, and “If I noiselessly,” in which “She” is contemplating writing a manifesto:

. . . why not a manifesto of the sentence? Crossbreed every kind with another kind — twist and turn the thought shapes — so many butterfly nets. Une manifestation of clamouring motifs. Unsentencing the sentence. Smashing the piñata of complete thought to clouds of recombining viruses.

Ultimately I, Bartleby does balance out the self-reflexive gestures and its more conventionally dramatized “content.” “If I, scrivener, print a letter” also focuses on the death of the writer’s mother (the woman is again “I,” telling her own story), blending a consideration of color imagery with recollections of her mother and with an interpolated episode in which she loses a job. Here “I”’s preoccupation with writing and the otherwise dispersed references to apparent memories and life experiences come together to more firmly identify “I” as the protagonist of the book, even if an unorthodox and sometimes elusive presence. In “Scriptorium,” perhaps the most conventional and straightforward story in the collection, the writer/protagonist recounts childhood memories of her artist father, but this leads not to a melancholy meditation on loss. Instead the narrator relates her eventual estrangement from the father, when she realizes they “don’t speak the same language.” Again “life” is unavoidably implicated in “language.”

Two other stories in I, Bartleby are noteworthy as well. “The Real Fictional House of His Imagined Film Director” tells the story of Canadian novelist Malcolm Lowry and his second wife, writer Margerie Bonner, via the overlaps and echoes among their lives, as Lowry is headed to his ultimate alcoholic breakdown, and characters in their books (Lowry himself being a notoriously autobiographical writer). “Moccasin Box” focuses on 19th-century Canadian/First Nations writer and actress Pauline Johnson, whose lingering presence in and around the Vancouver landscape the narrator tracks. The story’s most conspicuous feature is its incorporation of photographs as a narrative accompaniment. Each of these stories clearly shows Quartermain’s interest in situating her own work in the context of specifically Canadian writing.

I, Bartleby is the kind of book some readers undoubtedly could find disorienting in its initial reluctance to provide those markers we most associate with “short stories.” By the end, however, the book has made its own alternative, less commonplace strategies sufficiently recognizable that going back to the beginning and re-reading, especially given the book’s relative brevity (118 pages), can be a highly rewarding experience, as Quartermain’s achievement becomes more distinctly visible.