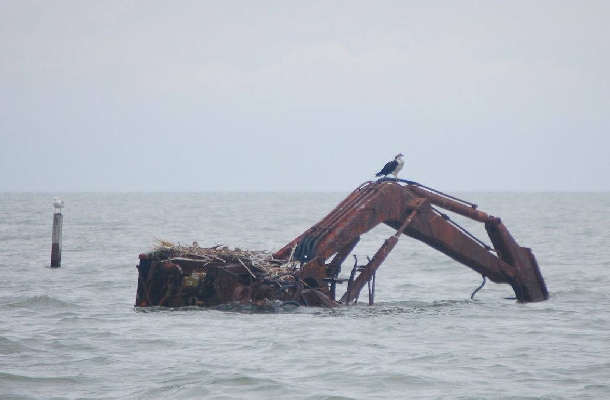 The series was initiated by Babelsprech, a two-year-old project striving to connect the German, Swiss, and Austrian poetry scenes, in order to move these respective scenes and their histories closer to each other for a younger generation. With this collection of essays, Babelsprech has decided to leave the German speaking sphere to work towards the possibility of a world society of poets.

On the Making of a Crowded Photograph, Including Some People in the Background 2

How to talk about postmodernism when the term ‘postmodern’ can be applied as easily to a Pynchon novel as to a microbrewed beer? As likely as anywhere else, the term ‘postmodernism’ is prone to cause confusion and contestation. It would of course be possible to collect a list of stylistic characteristics commonly attributed to postmodernism, but it might be better to account for local specificities here first. First of all, postmodernism means something different in Flanders than it does in The Netherlands. Whereas it in The Netherlands it is mostly associated with a culture of ‘anything goes’, in Flanders it was more serious and theory-inflected, perhaps due to its proximity to the French-speaking world. Flemish poets such as Dirk van Bastelaere (1960), Stefan Hertmans (1956), Erik Spinoy (1960) and to a lesser extent Peter Verhelst (1962) digested the work of philosophers like Jacques Derrida, Michel Foucault, François Lyotard and others, with the aim of constructing an anti-essentialist discourse about poetry. In a classically avant-gardist way, they attacked the prevailing conservative and (neo-)romantic attitudes towards poetry, found in for example the work of Leonard Nolens (1947) and Herman De Coninck (1944-1947), two influential Flemish poets of the post-war generation.

Around the same time — end of the eighties, beginning of the nineties — the Dutch poetry world was rocked by the Maximalen (Maximal Poets). They formed a group, published an anthology, performed together, but did not self-identify as postmodern, even if their poetry was the product of a general postmodern, cultural atmosphere. They favored impure, urbane and worldly poetry above the clean and ‘cold’ aesthetic of the pervasive (late) modernism of that period, in which the poem as autonomous artifact was dissociated from the world, and they rejected hallmark poets of the modernist era like Gerrit Kouwenaar, Hans Faverey and their ‘acolytes’. The poetry of the Maximalen was however not very theoretically sophisticated: rather, it was a highly mediatizedevent in poetry, not for its linguistic innovation per se but for its appearance, its role in the emerging commercialization of poetry. It should not be surprising that many poets associated with the Maximalen, such as Pieter Boskma (1956), René Huigen (1962) and Joost Zwagerman (1963) went on to develop very different careers, including a variety of styles and attitudes towards poetry, from neoromantic (Boskma) to an almost paradoxical return to modernism and dense intertextuality (Huigen). A combined trait is an appetite for aestheticized linguistic play, whereas in Flanders there were discussions around the ethical, ideological, critical and not just about the aesthetic aspects of postmodernism. Ideological discussion, in turn, were (and still are) denounced as old-fashioned moralism by many people in the poetry world in the Netherlands.

This aesthetic of playfulness was, and still is, a dominant way of understanding this type of poetry, as can be seen in the reception of innovative poets like Tonnus Oosterhoff (1953), Astrid Lampe (1955), Arjen Duinker (1956), Nachoem Wijnberg (1961) and younger poets like Mustafa Stitou (1974). Unlike the Flemish postmodernists, they didn’t manifest themselves as a group and many even didn’t identify with the label of postmodernism (some were only retroactively fitted into this category in academic criticism, such as Arjen Duinker). While considered willfully obscure, ‘hermetic’ poets by some critics, their work is rather formally open, eclectic, and in a way, democratic: the lyric I is no longer the central creative instance, other texts and voices enter the poem. Perhaps even more characteristically, many of the aforementioned poets don’t dismiss forms like anecdote or the lyric poem; rather, they use them with a postmodern collage consciousness and sense of textual artifice. These forms may be constructs, but they can still be used to chart how language moves through the world, and the place of the subject within it. Consider for example these lines by Tonnus Oosterhoff’s, perhaps his most famous:

it is a pleasure
to be Tonnus Oosterhoff.
“I wouldn’t mind being him either.”
Not much chance of that I’m afraid.’

Translation by George Hall, courtesy of Poetry International
Unless noted otherwise, translations are our own.

Knowing that there is no stable self, this poem nevertheless performs it. This ironic performance, in which the reader can follow the process through which writing happens, is typical for Oosterhoff’s work and for many other poets of his generation: the influence of this poetics is wide and includes Alfred Schaffer (1973), one of the earliest readers of John Ashbery’s work in The Netherlands, but also Martijn den Ouden (1983), mentioned earlier, and others. Tonnus Oosterhoff’s experiments continue to find new visual forms through his recent forays into digital poetry, for which he was a Dutch pioneer.

One young Flemish poet working in a postmodern vein (or re-working it) is Sandrine Verstraete (1986). Verstraete works across different media: installation, theater but also regular print books. Her debut collection r mp (r mp — suggesting a truncated spelling of the Dutch word ‘romp’, meaning ‘trunk’) came out in 2013. As is the case in many postmodern texts, language has a viral quality in her work, it mutates and shape-shifts continually. Her work is both performative, lyric and conceptual, and exemplifies a struggle for immediacy, intimacy and live contact. The fragment below is from her installation ‘Hollow’, and provides a fine example of how Verstraete works her way through language in order to reach a smoothness that feels real and intimate, like skin:

Chaos before and chaos after

and here the silence

was a spiral
it sucked
my insides towards itself

a breath sounding
and everything I see is skin

rest my head against a wall
like it was something human

and everything I see is skin

One of Verstraete’s examples in terms of the use she makes of textuality is the aforementioned poet, novelist and dramatist Peter Verhelst, who himself called Verstraete’s work ‘visceral’. Verhelst is hailed as one of the foremost postmodern writers in Dutch. His breakthrough novelTongkat (Tongue Cat, 1999) is a highly allusive, fairytale-like ‘story brothel’ (the subtitle of the book) with an innovative, mosaic-like structure. He is also highly prolific poet. To cite one poem from his vast body of work:

Can you blame a vase for its fragility
or a hand for breaking the vase?
Maybe it is meant for this;
for the vase to sing down upon the hand,
until the hand can no longer resist,
even though the hand knows it will hit
and the shards already singing in the vase
before they were made.

Why would the hand long for a vase,
which like a neck, extends towards the hand
that is about to hit it? And why does the vase
want to sing its shards to the surface
until the hand is unable to resist?

Maybe the vase is dreaming of the hand,
turning it into a rose, and the hand seeks out the vase
to finally find the shard
with which he can beat roses from the wrist.
Translation by Astrid Alben, courtesy of Poetry International.

While both Verhelst and Verstraete could be seen as postmodern poets, one could also see them move beyond it. Some critics have located a turn towards ‘new sincerity’ and sentimentality in their work — perhaps as a response to its lack of authenticity, and the desire to infuse the ‘real flesh’ of bodies into the ascetic and disembodied reality of postmodernity, with all its signs and simulacra.

(Continued on Babelsprech, where you can read the rest of this entry. You can read an excerpt from part 1 here.)