A Toe in the Water off the Tahiti in Your Heart 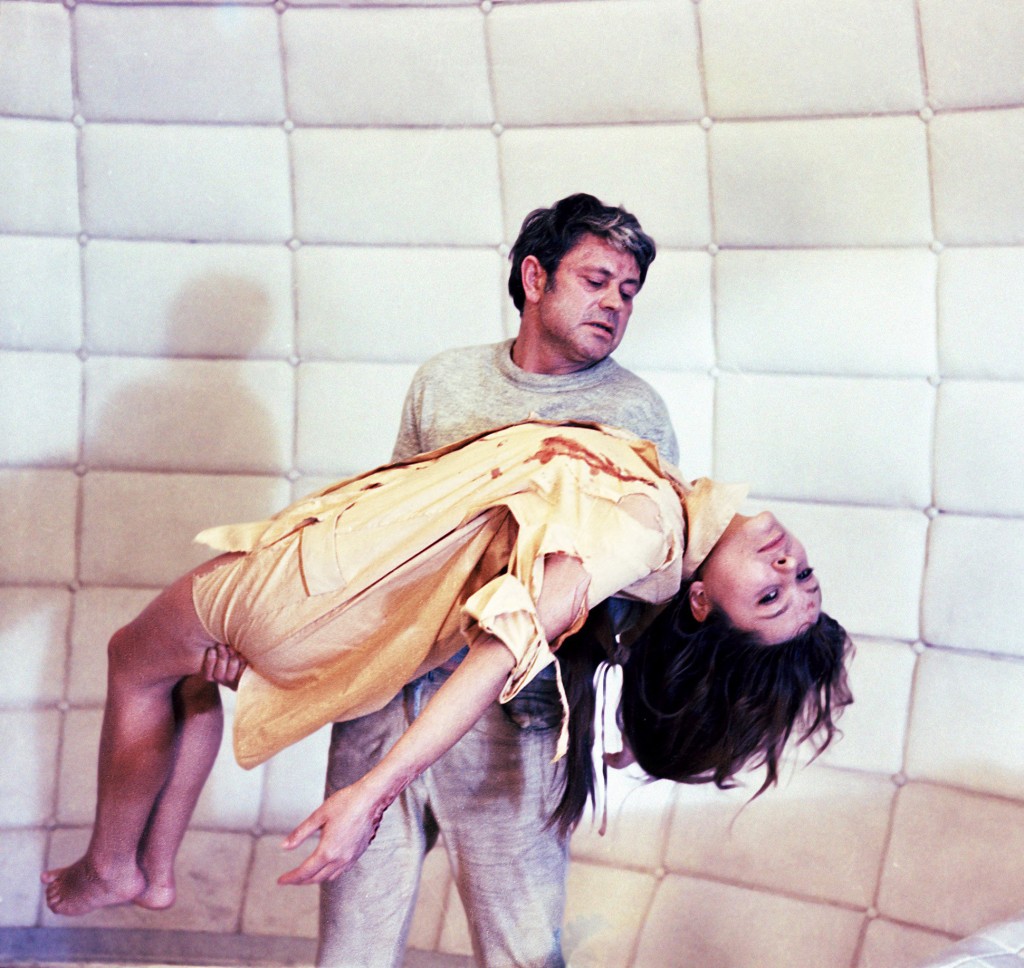 For as this appalling ocean surrounds the verdant land, so in the soul of man there lies one insular Tahiti, full of peace and joy, but encompassed by all the horrors of the half known life. God keep thee! Push not off from that isle, thou canst never return!

Halfway into Moby Dick, floating in the placid sea, this is Ishmael’s advice to the tempted reader: don’t try this at home. Just as journeying to the middle of the ocean means letting go of the structure and sense of the known world, so within oneself there’s a scaffolding of boundaries and illusions that make the day to day livable.

To stay safe on the beach of the Tahiti in your heart is advice perhaps more easily given than taken. The horrors on the unknown side of the half-known life have a way of lurking in the corners, not satisfied remaining hidden. In Andrei Tarkovsky’s 1972 epic science fiction film Solaris, inner and outer unknown come together, as alien life finds embodiment in human visitors’ grief. When protagonist Kris Kelvin, a space psychologist, travels to a dilapidated and forgotten research station orbiting the planet Solaris, he finds the scientists there lost in their minds, living in fear as a mysterious force takes the shape of “neutrino” beings conjured from their pasts — lost children, a long dead wife, all warm and real and fully material. Floating above a distant world, the researchers are tormented by these tendrils of alien communication, amorphous and elusive, an emotional amalgamation taking form in the extraterrestrial air.

We can draw some crude analogies between various frontiers — the deep ends that at different points in history have served as emblems of the limits of human knowledge. These are the realms we’ve gained enough capacity to traverse and explore to learn how little we know. In Melville’s day the ocean was the greatest unconquerable, with all its “dreaded creatures . . . treacherously hidden beneath the loveliest tints of azure.” As airplanes made the seas irrelevant to intercontinental travel and the world’s powers turned their mighty desire towards the stars, space grew as the manifest specter of human insignificance and futility. But everything passes, everything changes, and with space exploration now automated and routine, maybe it’s the digital that presents a new threatening darkness to lap at the shores of every person’s inner Tahiti, as software increasingly takes up residence in our bodies and our homes.

Like the foggy foreign life force of the planet Solaris, the digital promises resurrection and the potential to rebuild bodies and pasts, but always with the threat of losing control. In Lynn Hershman Leeson’s 1997 science fiction film Conceiving Ada, technology begins to fill the space of human intimacy. Amid fights with her boyfriend over whether or not to have a child, scientist Emmy Coer reanimates Ada Lovelace using the information found in an old black and white photograph. Lovelace, a contemporary of Melville, worked with Charles Babbage on his Analytical Engine and wrote what’s considered to be the very first computer algorithm. With the help of a fantastical version of the technology Ada herself helped invent, a stew of computer code and DNA, Emmy opens up a channel of communication with her predecessor that reaches across time and mortality.

In a 1916 short story included in Friedrich Kittler’s seminal media theory text Gramophone, Film, Typewriter, Salomo Friedlander conceives of a process by which it would be possible to recreate Goethe’s voice, capturing nascent vibrations in the walls of the great man’s former study and feeding them through a recreation of his larynx. Friedlander writes, “After a short while Goethe spoke the way he must have spoken during his lifetime,” as though Goethe’s remains were building blocks left behind to simply be reassembled and set loose. Like Erkki Kurenniemi, the Finnish futurist who video-recorded his entire life in order to create a map for the future synthetic reproduction of humanity, and like Emmy Coer’s communication with Ada Lovelace, these stories share the fantasy that the trash of our lives, the structures and molds our physical presence leaves behind, might be used to pull bodies and minds back out of the air.

In Hershman Leeson’s film, the original computer programmer speaks of herself as a breather of life, the one who animates technology. “Babbage’s machine is a harp, as it were, and it means nothing unless music is played on it, but it has everything it needs to make music. It just needs a human spirit to make it work,” proclaims Ada. Operating as emissaries out into that dark space beyond the Tahitian beach of the soul, the reanimated avatars of Goethe and Ada, like Kris Kelvin’s wife re-fabricated by alien power, are vessels through which it might be possible to test the murky waters. The possibility for life that truly combines humans and machines occupies the near edges of the great unknown, both a coping mechanism and a harbinger of the ultimately ungraspable.