The Fragile Business of Indie Comics 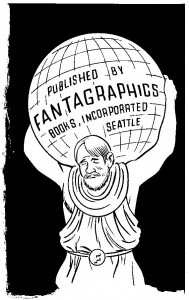 With their mission of raising Hollywood’s tent poles firmly established, mainstream American comics publishers like Marvel and DC are thriving and robust. Business is more complex for the legions of indie comics publishers, from long-established players like Drawn & Quarterly down to the new one-person operations like Oily, which only have publishing revenues to sustain them. Marvel and DC are swaddled in corporate comfort (they’re owned by Disney and Warners Bros., respectively), but there is no cash cushion for indie publishers, businesses which operate on margins as thin as a modern 32-page comic. Indie comic publishing is a tenuous enterprise.

The indie comics industry (here referring generally to alternative, experimental, art, and non-mainstream comics) is built from love and labor, with little regard for enrichment. The relatively small financial rewards to be derived strictly from publishing means that most indie comics publishers don’t survive to their 20th anniversaries, let alone their 10th.

While Kickstarter has solidified as a viable platform for funding small or experimental comics projects in recent years, in early November 2013, a surprising company debuted its first Kickstarter offering: Fantagraphics Books. Fantagraphics is the U.S.’s most important publisher of indie comics and, in some critics’ estimation, the greatest comics publisher of all time. Since 1976, Fantagraphics has published Dan Clowes, Los Bros Hernandez, Charles Burns, R. Crumb, Joe Sacco, Chris Ware, and dozens of others, alongside key historical reprints of Peanuts, EC Comics, and countless European comics that, lacking a large U.S. audience waving dollar bills, would otherwise have not received English translations.

Fantagraphics was founded and run by Gary Groth and Kim Thompson, but in June 2013, Thompson died from lung cancer just four months after his diagnosis, leaving thirteen book projects in limbo. Fantagraphics was forced to cancel or postpone those books, a move that “[disrupted] our cash flow, and [left] us in a tight spot,” according to the Kickstarter page. “We’ve suffered a severe shortfall that will impede our ability to produce next season’s books.”

A hole in the shape of $150,000-$200,000 in lost revenue confronted Fantagraphics, according to Groth. A loss that size, even for a publisher as established and successful as Fantagraphics, can be an existential threat. Recognizing the threat and the value of Fantagraphics, comics readers pushed the Kickstarter past its goal, ultimately tallying over $220,000. But it gives you pause to realize that the death of a single person — a key figure, a towering presence, invaluable, but still one person — eroded the foundation of an invaluable comics institution.

Less than a month after Fantagraphics’ Kickstarter ended, Dan Nadel, founder of PictureBox, announced the closure of his company. Since 2002, Picturebox had been a leader in art and experimental comics, publishing Brian Chippendale, C.F., Renee French, Sammy Harkham, and Ben Jones, among others. But PictureBox didn’t meet its fate due to the sort of catastrophe that befell Fantagraphics. Indeed, according to an interview with Nadel, PictureBox was financially viable and could have continued. Instead, Nadel chose to end the company because, as a new father, he felt he needed a more stable and lucrative job.

Nadel exited gracefully, helping scheduled-but-not-yet-published projects find new homes and giving other works a chance to thrive without his announcement undercutting them. But his example is instructive, and perhaps worrying, because PictureBox is representative of a common kind of indie comics business: publishers with just one employee (or, sometimes, two), who outsource whatever other work is required. Koyama, Oily, Retrofit, Adhouse, and Secret Acres are all one- or two-person businesses that have released important comics and books in recent years. Now-defunct publishers like Highwater and Buenaventura (run by current comics editor of The Believer, Alvin Buenaventura) had similarly solitary headcounts.

All of which prompts an unsettling realization: indie comics is a fragile business, which depends on the extraordinary efforts of a handful of dedicated individuals. One key publisher gone due to its owner’s (completely reasonable) desire to make a predictable living and perhaps have health insurance, another imperiled due to a single death. Which makes you wonder: upon how many people does the entire indie comics publishing business truly depend? A dozen? Two dozen? Imagine if the entire literary fiction industry turned on the fortunes of such a small number of people. It’s almost inconceivable.

Were all of these publishers to disappear tomorrow, indie comics wouldn’t disappear. Comics attract a sort of hard-love type who persevere despite long hours, low pay, and small audiences. Whether there are publishers or not, people make comics. But these companies are structures that allow for people to get paid for their work, to have careers as comics makers. Without them, fewer people could earn money from comics, and there’s no telling what works of art we’d lose.

Luckily, indie comics are resilient, as noted by critic Sean T. Collins. When publishers exit the scene, they’re replaced by new ones. Something will come to replace PictureBox, just as it helped occupy the space left by Buenaventura and Highwater. But a loss on Fantagraphics’ scale might not have been easily, or ever, recovered from. Comics readers should be grateful that’s a disaster we didn’t have to face.