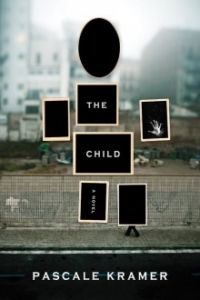 In The Child — Swiss novelist Pascale Kramer’s second novel to be translated into English — this creature’s refusal to be ignored governs the narrative. As spring slides into summer, Simone readies herself for the death of her longtime partner, Claude, who is dying of cancer. While they’ve never managed to conceive a child of their own, Claude has children from two previous relationships — Cédric, now in his twenties with a family of his own, and eleven-year-old Gaël, whom, until the novel’s first pages, Claude has never met. Simone, it turns out, has long ceased to love Claude, if she ever loved him to begin with. She’s forced to reflect on their relationship — “not earth-shattering, but it was genuine. Above all, it was joyless.” With Claude in constant pain, lovemaking is impossible, as is the desire for it. After Gaël’s first visit, she joins Claude in bed, late in the evening, and notes the ongoing discomfort: “A move under the sheets raised the new, irksome odor of the bed, where he lay distant and frozen, battling with his horror at the slightest contact . . . It was as though they had turned into thistles for each other.” Though healthy herself, Simone’s life is nothing but death. She feels unable to leave the house lest he need her, yet unable to speak to him on the chance she’ll exhaust him. Certainly, she can’t leave him altogether, just as he’s about to die. So she waits.

Although the visit with Gaël is Claude’s idea — a cancer patient’s last request, in a way — he’s immediately disappointed with and disgusted by his son. “You’re too fat for your age,” he tells him, eyeing him in the backseat of their car. Simone is horrified but doesn’t know how to intervene, and spends the rest of the afternoon, after Claude has gone to lie down, trying to cheer him up. “You look a lot like him, do you know that?” she asks Gaël, happy to elicit any smile she can. When Gaël’s mother arrives to pick him up, he surprises Simone with a kiss goodbye:

In the confusion of their shared embarrassment, their faces missed the mark and Simone had the fleeting surprise of his full lips on the corner of her mouth before they landed squarely on her cheek. She could not help hanging on to his kiss, which he intensified and seemed to infuse with his whole body. I love this child, she thought, watching him run to say good-bye to Claude from the living room door.

With Claude settling down to die, the “weak rattle from his diseased lungs” and “his bony frame with its odor of rancid talcum powder,” juxtaposed with a building threat of unrest in their unnamed city, it’s easy to think that Kramer is leading the reader to associate Gaël with life, with youth, with promise, with escape. When Gaël’s mother calls them, a month after the first visit, to ask if they can watch him for a week, Simone feels ashamed for “not daring to tell [Claude] that he couldn’t look after the child in this condition, and guilty for looking forward so crazily to being with and helped by a bit of youth.” When one life ends, another begins; when one civilization burns, another rises from its . . . and so on.

Fortunately, Kramer is too accomplished a novelist to spoon-feed the reader adult-sized fairytales. Once she gets to know him, Gaël is nearly as repugnant as Claude, with the “sweet, spicy smell” of his bedroom — “a smell of feet,” she later realizes — his sheets full of “candy wrappings, a dissected pen, and a forlorn earplug,” the “little pockets of cellulite” among his “swellings of a girl’s breasts,” and, as they watch televised news of nearby riots, his “intense and transparent” fascination — the fact that it’s already “too late to teach him how to hate violence.” He fails her, overweight and diabetic to Claude’s underweight and dying. Just as she muses how awful it must be “for a son . . . to see a man’s dignity flake off in dead skin, diarrhea, and stale, scaly odors,” she can’t hide her disgust, only a few pages later, when Gaël interrupts her at work: “He had lost a tooth, he blurted out, and came in to lay a rotten molar with a hole in it on the desk. His mouth was wide open and swimming in dark blood.” Even with an eleven-year-old boy come to brighten their lives, she still sees nothing but death.

Throughout the novel, Simone tries to think her way into happiness. She’s full of speculation: “Simone wondered what he guessed about her feelings of resentment”; “It took Simone a few seconds to accept the regrets that washed over [Claude]”; “This awkward, trusting grasp, such as he had not given her since their early days, caused in her a wave of tenderness, nostalgia, and apprehension.” What it adds up to, over 158 pages — and it does start to feel redundant, as though Kramer is driving too fine a point home with too blunt an instrument — is a map of Simone’s rationalization of irrational behavior, of the mind trying to outwit heart and hormone alike. Claude gives off the stench of death, disease, and with his two sons a stagnant gene pool. Simone’s response is to flee, but she tells herself it’s wrong to do so, despite all the (occasionally overwrought) signs:

She opened the door, made herself a coffee, and went out barefoot over the water-glazed grass. It was going to be fine; there was something curiously unbridled about the garden after a storm. The plums left on the trees were starting to acquire the plump purple flesh of ripe fruit. Simone pulled down a branch to pick one. The sour skin resisted, then yielded, and she found her mouth full of a revolting gritty mass of wormy tunnels.

To Kramer’s credit, and to the reader’s dignity, there is no life — at least not the life Simone thinks she’ll find — because life itself is comprised of death, of disease, of a boy’s rotten teeth and a lover’s disintegrating body. As a boy grows old and corrupt so does a beloved city and civilization. Life itself has its limits, and so does love. “How pathetic two adult bodies are,” Simone muses, “alone in the night when all desire is gone.” But the desire is not gone. She simply won’t let herself admit how it’s shifted, even as she overlooks the neighboring houses, the other gardens — even as she hopes, while glancing over at Claude, that “the paralysis was finally taking a turn for the worse.” Until the end she denies the irrational, animal instinct to flee, despite the obvious fact that trying to convince oneself of an extinguished love is the most irrational act of all. She denies the creature inside her that’s still very much alive.