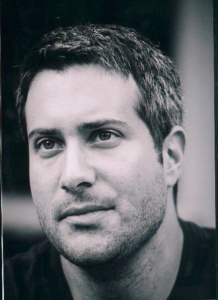 Darin Strauss is the author of four books. His most recent, Half a Life, won the National Book Critics Circle Award for autobiography. He is the recipient of a Guggenheim Fellowship and teaches writing at New York University.

No. There’s a great line from Melville. I’ll butcher it, but he wrote something to the tune of: The writer needs to say No! in thunder. This means — and the critic Leslie Fiedler had a good essay about it — the “No, in thunder” is not the no of the manifesto. Merely saying no to one political idea (no matter how wrong the idea) makes for bad literature; it means saying yes to some other, opposite idea. The no of a good book isn’t partisan; it’s absolute. Fiedler (and Kundera) (and Woolf) argues that — in effect — being a novelist is the opposite of being a debate team captain. The easy yes, the politically unimpeachable yes — a book arguing against nazism, for example — is not what we should expect from literature. Even something like The Crucible (a play about Salem witch trials written during the McCarthey era) is no more than a piece of well-reasoned, absolutely correct and virtuous propaganda. The no of a good book should offend all sides. A Missourian once asked Faulkner why some local writer didn’t “do for Missouri what you did for Mississippi. He loves it so!” Faulkner (according to Fiedler) responded: “To write well about a place a man has to hate a place.” And then, after a smile: “And love it too. Like his own wife.”

I think of the audience as one really good reader. Writers all have their perfect reader, their imaginary bibliomanic, a snufalupagus in bifocals. Nabokov’s perfect reader was himself, “with time and a dictionary handy.” Mine is kinder and smarter than I — kind of like David Lipsky (“Absolutely American”; “Although of Course You End Up Becoming Yourself”). He’s the reader I turn to at the end of a draft. He rescued my last book when it was on the ropes.

Good question. Hard to say. It’s made it more democratic, more wide-spread. Which is good, right? On the other hand, I got an Amazon review to Chang & Eng that read: “I didn’t like this book because it was fiction, and I bought it hoping it was true, though it says ‘a novel’ on the cover.” You can look it up. So — yeah. If the culture of professional criticism is shrinking, that’s a problem.

On the third hand (literature deserves many hands), there seem to be a growing number of great book-blog critics. Mark Athitakis and Maud Newton come immediately to mind, but there are many others…

I’ve been lucky. I teach at NYU, but I do so because I like it (and because it has medical benefits.) If I didn’t have a family to support, I would still teach — it gives me a lot, even in terms of helping my own writing. But yes, I think it’s hard but possible. I would like it to be easier.

See [previous] answer: I’m with Woolf, who said one (when writing) should feel no allegiance to a nation or a political group, even to gender — just to the story. Otherwise, you do what Saul Bellow (sorry to be Rain-Mannish with all the quotes) said you can’t do: That is, you’d consign some of your characters to hell, just for their political views, without the due process of art.

I have been energized personally, since 2001, by an anger toward the far right wing of this country. I don’t like the feeling — it seems every election is a Last Stand. But I try to keep that out of the work.

I think writers should — in their public lives — do what they can. I read in an event to raise money for John Kerry (see how well that turned out) and later against the Net’s proposed move to Brooklyn (again, my success rate). I have supported Occupy Wall Street, and have been talking about sending them some fiction to use on a website, and/or journal. But, again, I don’t think that should be in the writing. Polemical novels are almost inevitably bad novels.