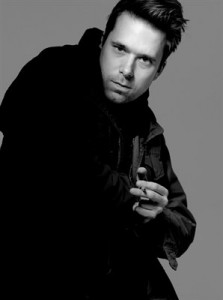 Christopher Bollen is the Editor-at-Large at Interview Magazine. He writes regularly for ArtForum, The New York Times Magazine and The Believer. His first novel, Lightning People, was published in August.

Rarely can literature keep pace with a revolution. Even dismissing the lag time that most novels experience between the writing and the publication date, I often worry in general about art that tries to rip from the headlines or frantically join the debate. That’s partly my interest in keeping the messages of protesters pure and not a form of entertainment and partly because serious literature requires the writer to step back and examine the breadth of a situation, which so often passes before the writer can treat it on page. That said, Armies of the Night is a fine example of great literature entering the bloodstream of cultural upheaval, and any writer who wants to speak about now has a wonderful opportunity to give voice to the injustices and antagonisms stoking these revolts. I personally feel that in the last two decades, young American writers haven’t really been interested enough in the darker politics of the country. Maybe it’s a fear of creating mere agitprop, or, much more likely, it’s the intense pressure to appeal to the market — in other words it’s hard to critique the market outright if you are writing in hope of selling books and scoring film deals. Literature, as an art form, doesn’t have any responsibilities. But maybe some of the spontaneous poetry and anger that we are seeing across the globe will find its way into the foreground of novels. If anything, the last year has proven a lot of skeptics wrong in the criticism that young people have nothing meaningful to say.

I just wrote my first book, and my interest when it was published was to see how wide the audience might be. I was told several times when Lightning People was searching for a publisher that there wasn’t a huge audience for a bleak New York story written by a male. That didn’t sit right with me — or maybe I just found it disappointing that the judgment of a book was based on a publisher’s prejudice of how much a “built in” market already desired certain kinds of novels over others. Certainly, when I was writing the book, I envisioned members of my own generation reading it. As it was about New Yorkers in their thirties, I wanted to make sure that I stayed true to the world outside my window. But if Lightning People was written only for my friends to read, I might as well have simply sent out a mass email in twelve installments.

I was excited that it might reach well beyond a single demographic. I love the idea of a teenager loving or hating it as much as a senior citizen. I think in general we tend to underestimate the intelligence and interest of the “average” American reader. If a novel is smart, even if it’s serious, there will be people eager to read it. I don’t see that shrinking or expanding. Perhaps the only thing harder today is keeping the reader’s attention. Novels demand a lot of lone spare hours, and we haven’t exactly been conditioned in endless pools of patience when faced with challenging material. This may account for the increasing amount of comedic serious novels on the market today.

I am extremely thankful for online literary sites. They’ve pretty much saved criticism as far as I’m concerned. Obviously as we’re still under the spell that serious criticism still comes in print form, online sites don’t yet have the institutional stamp of approval that newspapers and magazines possess. But all of that is bound to change, and, quite frankly, when every established mainstream publication touts the same three books each season, it begins to dawn on the reader that either the editors lack imagination or some rather nefarious bargain has been made between the top publishers and the top papers to scratch each other’s back. It’s tough times for print, so who can blame them? They need the advertising to pay their bills, and publishers need to make back their investment. But online sites and riskier journals have started to eat away at this top-down authority, and it’s thrilling that critics and reviewers on the periphery are finally getting their opportunity to weigh in. It’s only an isolated cult because it’s still new. In ten years, it will all be quite different.

I have not been able to survive off of fiction. I have for my whole adult life paid my rent as a writer, but I’m afraid I haven’t always written what I’ve wanted to, and several times I’ve written pieces that I expressly don’t want to in order to keep a roof over my head. Those are the breaks. Writers have never been paid an indecent amount. Even when a writer lands a six-figure deal (and I did not), when you think about it, that writer spent probably a minimum of five years working on the manuscript. An actor can get paid that same six figures for a two-day cameo in a film or holding a bottle in a perfume ad, so really that amount isn’t unreasonable even when it seems generous. Writers have always come off on the short end financially. We don’t value our writers as much as we should—but really this isn’t a 21st Century American phenomenon. I’m afraid that precedent was set several centuries ago. But when I get to complaining about money, close friends who are still pulling their hair out over their first novel tend to roll their eyes and tell me to be grateful for just being published.

I think writing is always an expression of an individual because no matter how much you associate with your friends or country or generation, every morning you sit there alone in a showdown with the blank page. I can’t think of any other art form where you are as isolated and independent. That’s really the beauty of it. And since so many of the best writers betray their own class or family or allegiances in their work, it’s best to keep that separation in place.

I’ve been told I wrote a 9/11 novel. I don’t think of Lightning People that way. Yes, it’s the story of New York after the World Trade Center fell, and any story intent capturing that reality has to take that event by the throat. So many novels placed in the city in the last decade have painted New York as a shopping and dating paradise, like they are somehow committed to a fantasy of fashionable amnesia — that or they are in bed with New York’s tourism board. I think it’s nearly impossible to skip over 9/11 or its paranoid impact on our lives if you’re trying to address the mood of the country in the last decade.

Again, no responsibilities. But something has changed, hasn’t it? We’re all a little less innocent, or we never were innocent but now we can’t pretend so easily. As writers, we can stop speeding the lie about America. We can dismantle the myths. We can try to capture the real desires and desperations that define us as a people, or fail to define us as one people at all. Personally, I think we were always people at war.