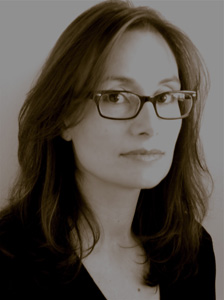 Dana Spiotta is the author of the novels Lightning Field, Eat the Document, and Stone Arabia. We interviewed Dana Spiotta after the release of Stone Arabia earlier this year.

I don’t know if literature has a responsibility to respond, but I think people have a responsibility to respond and participate, including writers. I’m excited by and supportive of the Occupy movement. For me, writing is how I think through things. But novelists take a long time to write something. The novel brings the news of the day four years late, right? I don’t think of fiction as advocacy, but I do think it is a place to examine things in a concentrated way. I still have the (perhaps quaint) idea of reading and writing novels as a form of resistance, as at least a way to interrogate the status quo. I like to think that reading novels makes people more likely to rebel, more likely to question the given, more suspicious of power and sophistry. Even if it is just the idea that there are other people out there who don’t feel at home in the world as it is. Maybe art, on some level, is about dissatisfaction with the given.

I truly don’t think about audience at all until a book comes out. Then I wonder who will respond to it and why. I have no idea if the audience for serious fiction has grown or contracted. I don’t feel as pessimistic about it as I ought to. I just think humans want and need to read good fiction. Maybe they forget it sometimes, but I can’t imagine people will give up reading stories.

I feel lucky getting any response from anyone: critics, general readers, other writers. Getting a serious response from a serious person is meaningful and interesting. Some reviewers have noticed things I didn’t notice about my own book. True, deep things, and I find that pretty amazing. As far as online reviewing, the more conversation there is about fiction, the better for everyone. I am so moved by the amount of time people put into writing about fiction and by the amount of passionate attention books get online. Reviewing — online or in print — is essential for the culture, for writers, and for books. The only aspect of reviewing that I don’t value is the star ratings on Amazon and other online venues. The whole star system makes the commodification of the book seem utterly complete. Your complicated object is jammed into the same evaluation system used for stereo speakers, sneakers and the iPhone 4. It makes your novel into a Snuggie. It is reductive, and it encourages the wrong things in people. Have “customer” reviews, great, but lose the stars. People can read the comments to see what other readers think of the book.

Ha! No. I have never made a living from just publishing novels, and I never expect to. I think there was a forty-year window when novelists could expect to make a living from only writing novels. 1950 until 1990, during the post-war expanding economy, I guess. But usually writers are broke. A very small group of literary novelists make enough money to live for the rest of their lives by only writing novels. Even a good publication year gets followed by years of writing the next book. I worked in restaurants while I wrote and published my first two books. I teach fiction now, which works better for my tired 45-year-old bones (and my 7-year-old daughter). I loved the restaurants, and I love teaching. So I am making a living doing things I like to do. Teaching is time consuming, but it is also sustaining. It gives me a literary community, and I feel extremely lucky to make a living that way. I’ve found the steady income liberates your literary work from the burden of supporting you. I would never write anything I didn’t want to write just for the money. That would be deeply depressing to me. Of course we ought to put more state and federal money into the arts (which is totally unlikely given the state of things). There should be more fellowships and grants for artists, including writers. We do more work (and possibly better work) when we have fewer distractions, when we have consecutive days of concentration. The “marketplace” will simply not sustain people doing daring and innovative work. Some amazing and exciting books become genuine best sellers, but it seems to me it is really a fluke occurrence. The reality is that writing remains a vocation that requires a day job (or night job).

It maybe shows what my tendencies are, where I seem to locate my curiosity and my anxiety. I don’t have an explicit aesthetic agenda; I don’t consider myself in a particular school with other writers. But I do sometimes think about what has accumulated and what my project is beyond creating language that excites me. It is a bit paralyzing to think about what the books add up to. I don’t find it particularly useful. Things that I write tend to start in a more intuitive and inchoate way. I get an idea, or a glimpse of an idea of something, and that leads me to the next thing. I do try to resist my past work, because that makes it more exciting. What honestly happens is that I become obsessed with something, and why it grips me is a bit if a mystery. It is blind work until I am well in. Then I discover that I am circling the same drain I always circle. It is a very strange thing to do, write novels. I find it unnerving, exhilarating, and exhausting. I don’t find it self-expressive. At its best moments, I find working makes me feel deeply connected to other people. At its best moments, writing feels like a positive form of self-overcoming in just the same way that reading a great novel makes you feel that way, or seeing a great film, or hearing a great piece of music.

I think the mainstream of American culture has become more reactionary. Not just in writing, in everything. We are a less daring country for whatever reason. People don’t tolerate difficult or challenging things as well as they used to. Having said that, there are some amazing things happening at the margins.

I think the responsibilities of writers are the same as other citizens. We are all responsible for the policies of our elected officials. We have to pay attention, and we have to participate. I am very concerned about our wars and other wars, about human rights, and about poverty. I’m never doing as much as I should to make the world a better place. Not even close. I strive to do better, and I always fall short.