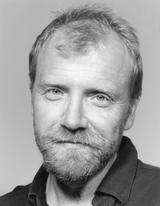 George Saunders is the author of three short story collections, two novellas, and a collection of essays. His collection, CivilWarLand in Bad Decline was a finalist for the PEN/Hemingway Award, and in 2006 he was named a  MacArthur “Genius” Fellow.

No.  I don’t think literature has any responsibilities at all.  The syntax of the question implies that there is some entity ready to hold “literature” accountable for failing to discharge its “responsibility” – but I don’t think that’s not the case.  Literature is just a bunch of writers (like those famous million monkeys with typewriters).  A writer’s only responsibility, in my view, is to write stories that are somehow magical, while also being non-trivial.  My hunch is that any writing that came out of a “desire to respond to popular upheaval” would fail the basic test of art: it would be agenda-driven and hidebound by its own dogmatic origin. A good story is always going to come from a place that honors truth and human freedom.  Beyond that, nothing to worry about.  Upheavals have always been with us and the writer’s job is to use the upheaval as she sees fit – or not use it at all.

Basically I’m writing for me, if I hadn’t already read the story four thousand times.  And that’s a fundamentally optimistic stance: it assumes that my reader and I will be moved by the same things, i.e., are more alike than different.  I’m not sure about whether the audience for serious writing is growing or shrinking.  And by that I mean – I’m really not sure.  I guess it could be determined – from sales figures and so on.  But I don’t know.  My feeling, from being out doing readings and so on is that it’s a pretty healthy time for serious writing – not a huge audience (but when has it ever been?) but very energetic and engaged.  So I don’t feel discouraged about that.  I get the sense that culturally there might be some slight degradation in the extent to which we’re able to process complexity and stylistic nuance – which might just be a way of saying that our mode of reading is changing.  And there are probably some compensatory abilities being developed.  In general I’d say that the young writers I meet seem less egotistical and full of shit than I was back when I was one of them.

Yes.  Or, to be more precise, I’ve made my living by writing exactly what I want, plus teaching – which I love.  So for me there’s no downside in having to do something else besides writing.  And I expect it’s always been that way – my guess is that even during the best periods writers had to hustle to make ends meet, except for maybe a very few at the top.  You read about young Twain or Dickens or Jack London or Chekhov – always running around, writing little crap pieces, etc., etc.

It would be an amazing writer indeed who was able to free himself from all of those allegiances.  But I think that’s a worthy goal.

When people talk about political tendencies in fiction they sometimes mean something like “moral-ethical content.”  That is, the extent to which the story seems to be talking about what it’s like to live now, how one should to live, etc., etc.  Other times the person seems to be asking if a story should in some way persuade or advocate for a certain political position.  I’m for the former and against the latter.  The former is a pretty good working definition of art; the latter is almost a guarantee that the art will be lousy.

Well, as you’ve put it here, it’s kind of a loaded question, isn’t it? I happen to agree with the  implicit politics of the question but I bet we’d be hard-pressed to find someone who’d say they were in favor of “an endless war with a nebulous enemy.”  But yes: I think we’ll look back on this era as one of folly and cruelty – a kind of thoughtless auto-cruelty that we are pursuing out of fear etc., etc.  And any citizen should be thinking about this and acting on it – we Americans have become very passive and accepting and “realistic” about this thing, which is a shame, and shameful.  But, as I indicated in my answer to the first question, I always flinch a bit when I hear a phrase like “writers’ responsibilities.”  Which writer? Who’s doing the judging/enforcing?  A writer is a person who does what she likes.  She makes beauty (or ugliness, whatever) in any way she wants to, just because she wants to.  It has to be that way.  You can’t conditionalize it.  The culture has to allow this place of extravagant freedom if it is to get the gift that is art.  And that gift might not do any good for anyone.  It might be silly, or decadent – whatever.  The critic Dave Hickey has written about this idea – that the way to weaken and infantilize your art is to require it to be useful.  What art gives a culture is weird and deep and…inexplicable.  Irreducible.  Now, a citizen, an essayist – that’s a different story.  Citizens have responsibilities, essayists are, roughly speaking, in the business of doing conceptual analysis, advocating and all of that.  But an artist has to be a radical defender of the right to do useless work – it might be free of politics, it might be loaded with politics, it might be an entire novel made of talking teacups –whatever.

I think that any of us who write sometimes feel a temptation to want to “decide” certain things about writing, once and for all – to pronounce what it must and must not do, should and should not concern itself with, etc., etc. (Partly because it’s such a hard thing, writing, so laced through with constant subjectivity.)  And, at least when I do those things (which is often) it’s a way of trying to flee from the real difficulties of the line-to-line doing of it.

Now, having said all of that: I do understand the line of questioning here, which I take to be something like: with all this crazy shit going on, what must we do to make sure that our fiction isn’t irrelevant, like some patrician dude in a tophat sipping tea while the house falls down?  To which I would say: good question (!). What fiction can do is inspire tenderness.  That’s a good thing in any weather.  What we’d want to watch out for is getting ourselves into a position where we are writing, or advocating for writing, an American equivalent of Soviet realism: a fiction that is so fixated on its political goals that it loses all its charm.