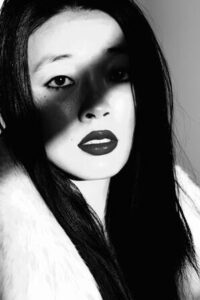 Tracy O’Neill’s Quotients—out this week in paperback from Soho Press—concerns, among other things, the Troubles, espionage, surveillance, and the tendency of information to follow you, or, well, hunt you down. It is a sprawling systems novel presented, formally, like data packets: byte-sized chapters that may not immediately appear connected but which inevitably become tangled, knotted, and strangling for the characters involved.

O’Neill and I spoke on the phone sometime almost immediately after the January 6th coup attempt, and so before the recent news coming out of Afghanistan.

Kyle Williams: In Quotients, data becomes form. We’re presented with a lot of information, which may not at first look connected, in byte-sized chapters. How did you arrive at that form?

Tracy O’Neill: The short chapters were something that happened in my last revision. Originally, the chapters were extraordinarily long: sixty, eighty, a hundred pages. When I first conceived of the novel, I was thinking of having overwhelming swaths of narration that would show how we’re overwhelmed by data, like a kind of formal pun on the TIDE Datamart, the national security database. I ended up going with the shorter chapters because of something else I thought was important for this book: To get at the sense in which all of these seemingly separate parts eventually become contingencies for each other, as how data ends up being used. It was useful for me to think about the rhythms of the book as well.

What do you mean when you talk about rhythm?

I think when we talk about rhythm we’re often talking about sentence rhythm, but there is also a rhythm to the larger text. I wanted to create a sense of unease, which would sometimes be tied to the plot and other times would not be. My experience of life in the information age is certainly that there often seems to be a humming anxiety just below the surface that I can’t quite put my finger on. This is what the characters are experiencing as well. So I’m thinking about rhythm as a technique of atmospheric construction too.

You mentioned the TIDE Datamart, but I was also thinking a lot about the formal structure of this book in relation to social media and its narrativizing processes.

The way that we often talk about narrative in, say, a creative writing classroom is very different from experience. That distance between experience and narrative is heightened and compressed in a world where we spend so much time on social media. There are these miniature narratives that urgency accretes around that we then forget about. Something happens and we’re outraged about it for three and a half days; a year later we don’t remember it anymore. That’s also part of the form the book is playing with. Though I will say the book does actually have a kind of classical structure held in tension with but surpassing these smaller structures as well.

It’s interesting that you bring up the outrage cycle. Social media does reinforce this constant forgetting, but your characters are not actually allowed to forget. Jeremy, especially, cannot leave his past behind.

He wants to be socially forgotten, even though he himself can’t forget.

Concerning Jeremy, I was thinking a lot about this book as a spy thriller. Was that a genre you were interested in pursuing here?

Well, one of my favorite books is Libra by Don DeLillo, and that is a book centered around intelligence work. It’s about Lee Harvey Oswald and the CIA. Most of the characters in the book are the ex-operatives and puppeteers of drama. So that was certainly a book I was thinking of. I do really like Tinker, Tailor, Soldier, Spy. I think it’s very tempting to view this book through the lens of genre, and I’m not opposed to that, but I also think that one of the broader points of this book is that surveillance and espionage are part of everyday lives now. It might not be something we think of, but it’s deeply rooted in our everyday reality.

Did you have a specific reason for using the IRA and the 7/7 Massacre as the primary event from which Jeremy’s narrative projects? Is there something about the Troubles that is particularly interesting to you, moreso than other espionage operations?

I was resistant to rehearsing the schlocky jihadism too many American writers have capitulated to. I was interested in the Troubles, as terrorism occurring between people who very much look like each other, a terrorism operating within whiteness. It’s also a struggle over autonomy and governance within an imperial framework, and I wanted to think in those terms. I wanted to think about this book as one interested in terror as a global phenomenon that would be less connected to the particular narrative that has become quite racialized in the US, which I did not feel equipped to tell well. I don’t speak Arabic. Whereas I do speak English. I thought I was more prepared to research and responsibly tell a narrative tied to the Troubles.

In many ways, Quotients and The Hopeful feel like entirely separate projects. I think I found the through-line in that both focus on intense psychologies, and the potential for those psychologies to erupt into violence.

Especially compared to The Hopeful, this is such a political novel, and I was wondering if that was a reaction to Trump.

I started writing this book in 2015. The book’s primary timeline takes place between 2005 and 2014; the larger timeline begins in the 1980s. I don’t consider the last four years to have been more “political,” but I do think there has been a different narrative around those politics. The book grapples with the difference between surfaces and what’s underneath. I’m not sure we’re done reckoning with the Obama presidency; we do still very much need to think of what the legacy is there, whether it be participation in Yemen or the willingness to use drone warfare, including on American citizens. At the same time, one of the main characters in this book isn’t American, and so it’s not a book that really thinks about the American presidential narrative as the locus of political reality. It’s more focused on an interconnected, globalized and globalizing world. It’s less interested in the Trump presidency than the everyday violence elided from view and the conditions that drive political polarization.

For instance, there is this surveillance in the school where a young boy, Tyrell, is being placed into a narrative in which he must be mentally ill because of the ways he’s acting out. And one of the reasons he’s acting out is because his father, who had been in the war in Afghanistan—which is, you know, still going on–is in a coma. He’s pathologized for the symptoms of our larger political pathologies.

The book is trying to tap into the anxiety I mentioned before. It’s not just social media. There’s this constant violence in the background that we can’t humanly deal with all the time but is nonetheless real. The book is trying to work that boundary a little more so that we can feel it. It’s troubling, right, that we don’t really hear about the war in Afghanistan anymore, that people aren’t in the streets over that.

Tyrell is a specifically interesting character to me right now, because by the end of the book it is indicated that he is being radicalized by online communities as he is increasingly othered by the physical community he lives in. The book is prophetic in that way. Obviously this was already happening in 2015, but it’s becoming an increasingly visible phenomenon in the last four years. I’m curious how you felt watching, say, QAnon gain prominence in the political landscape, especially when you have a character in this book say, “If we can even believe terrorists are radicalized online.”

It’s sort of remarkable that that attitude would not have been unusual six or seven years ago. I think we were still really struggling to comprehend the scaling power of the internet and algorithms as a reinforcer of the basest and most violent currents in our society. That’s another reason I wanted this book to begin by grappling with the idea of what terrorism is through the Troubles, which is sort of a technological turning point. Tyrell isn’t necessarily successfully radicalized within the timeframe of the book, but he is targeted as a someone who might be groomed. He has a strong sense of connection with his mother and that dampens the power of these online voices.

When I was writing, there was certainly starting to be some awareness of online communities as a mechanism for certain terrorist groups. The way a lot of people thought of it was, again, centered around jihadism. But, more recently, we’ve come to see the way in which that structure, and its scalability, has also made it available for white nationalists or conspiracy theorists, or even, like, Wall Street. So those stories have been there, those structures have been there, but we’re moving through different iterations of it, and we’re grappling with when those stories feel more or less present to us. In talking about QAnon or the last four years, I think a lot of Americans have had this “come to Jesus” moment where they’ve had to reckon with the reality that is already present and clear to a lot of people, particularly those in the margins: that some of the wonderful things we happen to think are constitutive of American life will not save us from the historical forces that have been left to fester, particularly when we allow for an unholy alliance between surveillance capitalism and state-sanctioned violence.

I definitely cracked up rereading this book when a character in this book said, “To Americans, coups happen elsewhere.”

That’s funny. I forgot about that line until you just mentioned it. But when I wrote it, I felt like I could count on one hand the amount of times I’d heard Americans say the word “coup.” Certainly I couldn’t have known about the storming of the Capitol then.

It feels like a new word to us, in a lot of ways. Which is to say, I think your book has a lot of staying power. 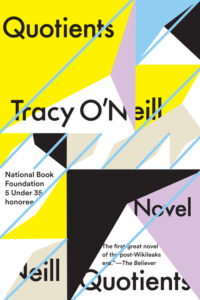 Kyle Francis Williams is a writer living in Brooklyn. He is an MFA Candidate at UT Austin’s Michener Center, Interviews Editor for Full Stop, and was A Public Space’s 2019 Emerging Writer Fellow. He is on Twitter @kylefwill.