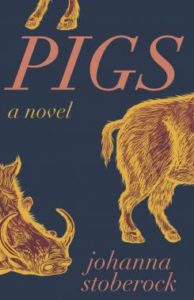 Islands provide fertile territory for utopian visions. For Thomas More, Utopia itself was an island, a self-enclosed little atoll just beyond the horizon where the best of all possible worlds could be found. For J.M. Barrie, Neverland was an island, a place where dreams came true and children never grew up. Writing about California – a place, incidentally, named after an island “very close to the Terrestrial Paradise” in Garci Rodríguez de Montalvo’s The Adventures of Esplandián – Jean Baudrillard points out that the state had become, once the emancipatory convulsions of the 60s were over, utopic in a different sort of way. “Whereas the demand for happiness was once something oceanic and emancipatory, here it comes wrapped up in a fetal tranquility,” he writes; a “paradisiac and inward-looking illusion,” California had metamorphosed into, or back into, an island imprisoned in its own temperate beatitude. In the final analysis, the island of utopia – Californian or otherwise – seems always just a few steps away from something much more sinister. “A very slight modification, a change of just a few degrees,” Baudrillard says, would suffice to make paradise seem “like hell.”

Pigs is what happens when a slight modification, a change of degree, makes paradise seem like hell. I will not call it a dystopian novel because that’s not really what it is – the desert island on which the entirety of Pigs takes place is utopia’s jetsam, its twisted underside, not its opposite. Written from the perspective of the bad guys, the island might well look like the best of all possible worlds. As it stands, though, the narrative centers on the lumpen support staff of paradise: our heroes are four ragged children who are tasked by a shadowy, tuxedoed, and often martini-drunk coterie of murderous grown-ups with gathering the trash that floats ashore and feeding it to six penned pigs. Clearly adopting another convention common to the genre of utopian fiction, Pigs is openly allegorical. Mimi, the oldest of the children, gives the reader the basic blueprint early in the novel:

The world wouldn’t know what to do without us. The world should be holding its breath hoping we don’t find our way out of this place. It should be praying that we never grow up, that we just stay here forever cleaning up its trash. The world should be sending us giant fruit baskets to say thank you. But nobody likes to think about it. So instead of saying thank you, the world pretends we don’t exist. And sends us its trash. And ignores the first law of thermodynamics – energy within a closed system is constant. It can be transformed, but it never goes away.

The pigs are the locus of that transformation, eating everything the children throw into the pen — eyeglasses, plastic tablecloths, nuclear waste. They eat the children’s fingers when they get too close. They eat stories and songs, and grandmothers whose families don’t want them anymore. The pigs even eat dreams. They may have always been on the island, eating up the world’s refuse, but they weren’t always so well-fed as now: “for millions of years,” in fact,

their meals were few and far between. There wasn’t much garbage to be had for most of those years, and what there was, was mostly emotional. They nibbled on broken hearts and exiled kings, but everything in households was mostly used and reused until it turned to dust, and what wasn’t used was buried close to home. Forget about clothes gone out of fashion. Forget about plastic. There wasn’t any excess. The pigs didn’t even realize they were hungry.

Once the great plastic revolution came and single-use began its reign, though, everything changed. The pigs still eat it all, at least until the grown-ups decide they finally want to try a taste of pork.

It is tempting to interpret the allegorical form of Pigs as following a more or less one-to-one correspondence with our ecological crisis, symbolically translating into at times unsettlingly deadpan prose the geopolitics and throwaway culture that has brought us to this pass. Evil grown-ups party away while making innocent kids clean up their mess . . . A wink and a nudge is of course far, far from necessary. But while the temptation to read Pigs this way is not necessarily wrong, it’s also not entirely just to what the novel manages to do either. Writing for Full Stop on Frederic Jameson’s new work, Allegory and Ideology, James Draney points out that “allegory does not seek some ultimate truth or meaning of an object, nor does it produce some static chart of equivalences (this means that) in the manner of the symbol or homology. Rather, allegory is a system, ever in flux, teasing out multiple meanings occurring at various levels within a given text.” According to Jameson, Draney quotes, “Allegory raises its head as a solution when beneath this or that seemingly stable or unified reality the tectonic plates of deeper contradictory levels of the Real shift and grate ominously against one another.”

Pigs might be more productively read in this fashion, as an allegorical system bringing to the surface contradictions latent in the seemingly smooth fabric of the Real for which it serves as a fitful transliteration. Considering any of the novel’s eerily oneiric scenes or characters entails diving much deeper than the storybook language would at first lead you to believe. Otis, for example, is an adult who washes ashore on the island after a shipwreck and spends much of the novel missing his young son, regretting his philandering, and trying to help the children of the island in some misdirected and ill-fated attempt at penance. At first it seems like Otis is clearly the literary equivalent of those adults who have seen the error of their ways and want to turn things around for the next generation. But after a series of at times grotesque and at times nearly magical-realist episodes — Otis makes the pigs sing at one point — there is very little that could be called “clear” about his character and what he means in the context of the plot as a whole. Of course, he means a great deal — but this great deal is in a complex dynamic relation with the rest of the nodes that make Pigs, itself, a complex dynamic relation, a “system, ever in flux.”

The island of Pigs is the locus of multiple abrading – one can almost hear them shifting and grating – layers of meaning. It is at once idyllic and horrific, by turns Teletubbies and Salò. The island unites contrarieties and invites the reader to tease out their constellations, to map the slight modifications and shades of degrees that separate innocence from terror, treasure from trash, and the best of all possible worlds from whatever horror is necessary to keep its gears turning.