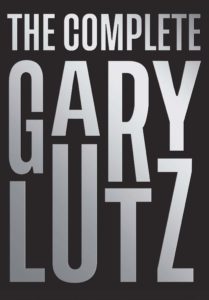 In his splendid introduction to this collection — which includes all of Gary Lutz’s story collections along with several new and unpublished pieces — , Brian Evenson recalls a former conversation with a group of French publishers and translators from one of whom he borrows the preface’s title: “Lutz will always escape.” Lutz is, indeed, a master drawer of runaway maps in a time when the attempt of imagining an “outside” may well be the single common ground upon which a multifarious diversity of aesthetic endeavors is expected to bloom. Language will always escape, and it can’t be easily chased.

Stating that Lutz is a sentence virtuoso and that “sentences are the singular reason to read his work” has become a kind of reviewer’s cliché. After all, it was Lutz himself who explained that he was only able to compose his stories by “writing stand-alone sentences”:

Only much later will one such sentence overcome its aloofness or diffidence and begin to make overtures to another sentence, which might be pages and pages away in the draft. The sentences eventually band together into paragraphs. The paragraphs, to me, are nervous little cliques or sororities of like-natured outcasts who put up with each other despite the friction. There’s a lot of rubbing the wrong way and very little mating of a peaceable kind. Getting something that might pass itself off as a story out of these uneasy alliances is in fact a pretty maddening and brutal ordeal. Among my deficiencies is a freaky neurological setup that keeps me from seeing wholes. So all I can see are parts, pieces, flickery fragments.

Lutz’s style aims to describe fragmented quotidian realities in non-standard ways. In doing so, it adds a strong poetic component to the literary anamnesis of everyday life. Focusing only on the sentence level would be as unfair as considering that the only remarkable feature in a Van Gogh’s painting is the rhythm of the brushstrokes.

According to Evenson, what sets Lutz’s stories apart from those by other contemporary American writers is that they’re “so much about about the specific tonal, sonic, and rhythmic relationships with English, and so much about torquing a given historical moment of that language by injecting it with archaisms and oddity,” that to reproduce them in another language just wouldn’t work. As much as I rejoice in his “delicate manipulation of syntax,” what I find unique in Lutz’s stories is how wisely that syntax manipulation integrates and tunes itself with the exquisitely minimal plots — often reminiscent of those by Kafka and Beckett — , creating a formal space of indetermination which expands far beyond any single story like a subliminal flavor that persists across the whole book — a space in which eerie entanglements between apparently unrelated elements are essential to the narrative architectonics: “a house in which one room led directly into another and then another without the relief, the solace, of halls, hallways.” Awkwardly manifesting themselves as language ghost-viruses malwared into a fragmented caricature of American contemporary life, “characters from one story seem to be echoes or doubles of characters from another story” — like, in the data-driven, corporate-financed behavioral sociology that has become the mainstream definition of humanity, everybody seems to be an echo or a decoy of someone or something else.

Lutz’s stories are less the literary equivalent of stylized Instagram snapshots or artsy TikTok videos than careful montages made from the serial recordings of a surveillance camera: they often capture the ephemerality of a memory-moment, but what remains in the caption afterwards is the faintest evidence —like the graphic documentation of slight intensity oscilations in a continuous energy flow — of the storytelling’s permanent inadequacy to tell a story. Setting a story in the contemporary social environment requires acknowledging that characters will look at themselves as commercial products while simultaneously resisting their own behavior; that, rather than being lost, lonely, and in search of identity, they’ll be serially adopting provisional pseudo-identities tinkered from the accumulated trash of conventionally-imagined relations: “It was not a full life, but I liked to watch anything falling out of it.” The narrow space in which that resistance can be performed is closely related to what Marcel Duchamp described as the infrathin difference between two forms cast in the same mold, or the warmth of a seat which has just been left:

I had to buy things — little things — several times a day: tweezers, permanent markers, newspapers. With every purchase, I should have stood in a fixed, unambiguable relation to the person behind the cash register, but the transaction almost always got complicated by the accompanying thermal exchanges, the glancing flesh of palms and fingertips as payment was tendered, change dealt out.

Lutz finds a viable alternative to what David Foster Wallace once considered the arrogant cynicism of the postmodern intellectual artist, without slipping down into the superficial naturalism of sincerity cults. There’s no nostalgia or hypocritical self-deprecating in those, often happily, undetermined protagonists. Lutz’s characters approach the infrathin space left by the general collapse of privacy and intimacy with the deep sincerity of someone who’s naively caught into the language trap: those who ask themselves: “is my story correct?” or “how do I know how?” They don’t use language to distance themselves from any aspect of the world; neither can their brief incantations get them closer to their desired objects. Their rhetoric is not imposed but instigated, it spontaneously emerges from their imperfect linguistic interactions with their surroundings. They live in a language that continuously escapes itself and must be followed no matter where it goes: usually to indeterminate and ambiguous places where abstract deformations appear as the consequence of looking at reality from a benevolently amusing twisted angle. Like in physics, when diving into infinitesimal details different laws apply, and, for instance, reality becomes much more dependent on the observer: “The name of the town depended on whichever direction you were coming from.” And when you arrive there, your only guide might be “a dictionary that only contained mostly disappointments.” Processes start and end abruptly not because they come out of nothingness or tend to disappear in the void, but because their written part is their only observable fraction. The biographical past is an arcane realm,  barely useful for explaining the present — or the future — , but available for eventual meaning-mining during the performance of specific tasks: “When I was an old-enough kid, I prepared an exhibit of things I wasn’t supposed to know.”

Lutz has said that what interests him is “language dishabituated from its ordinary doings, language startled by itself.” “I don’t know where that sort of interest locates me, or leaves me, but a lot of the books I see in the stores seem to lack language entirely.” Readers used to a more conventional approach to storytelling might be surprised to learn that, when you reluctantly have “to be seen resorting to your own life”  — a “fixed sum of experiences, of people, to or from which I could not yet add or subtract, but which I was skilled at coming to grief over” — , the capacity for determining precise narrative delimitations suddenly vanishes; but I’m convinced they will enjoy the experience. We must be grateful to Tyrant Books for putting all of Gary Lutz’s stories together in this volume — with the hope that The Complete Gary Lutz will be not so complete soon.

Germán Sierra is a writer and neuroscientist living in Spain. He has authored six books of fiction in Spanish, and one in English entitled The Artifact, published in 2018 by Inside the Castle.