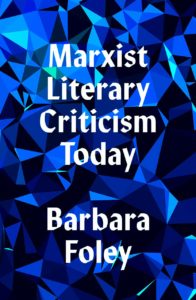 In the 1857 Introduction to his Grundrisse, Marx complains about a way of thinking in political economy promoted by those he calls the “Robinsonades,” like Adam Smith and David Ricardo. They had assumed that the starting point of their analysis should be the individual, a productive and independent being. The bourgeois writers were cooking the books. They had taken up a category that had only emerged within the conditions of their own time, then back-projected it onto human history. They effectively presented the previous epochs of class society as “the anticipation of bourgeois society.” By naturalizing the present conditions of comparatively developed capitalism, the political economists portrayed the relations of capitalism as inevitable, eternal, and unchangeable. Marx calls this presentation “one of the unimaginative fantasies of the 18th century,” and “nothing but an aesthetic illusion.”

The last pronouncement is rather declamatory. It’s true that the individual producer is an image, a stereotype with the name Robinson Crusoe. Marx emphasizes its nature as an imaginary product. But it’s not pure illusion: cultural products still bear the nature of their own material and historical constitution. The stable producer did not pop into Adam Smith’s head, or even Daniel Defoe’s. It came about through a real historical process, by which the bourgeoisie toppled the feudalist regime and built its own system on the ruins. The history of capitalism is not the smooth glide of progress given to us by the economists; it’s a history of blood and fire, as Marx tells us in the dark final pages of Capital, Volume I.

So when Marxist thought turns to literature and aesthetics, as it constantly does, it’s not merely a perverse move, or one borne out of political defeat. By exposing the limits of the ideas propagated by the ruling class, Marxists do interpretive work. Marxism is traversed by the question of art, of how we represent our personal and social experiences, of how we understand our connection to the past and the future, of the place of these concerns in a society dominated by commodity production. This point is illustrated on nearly every page of Barbara Foley’s new textbook, Marxist Literary Criticism Today.

In her previous books, Foley has focused on 20th century African American and proletarian literature, when other leading lights of Marxist literary theory, like Fredric Jameson or Terry Eagleton, have preferred European realism and modernism. She writes with clarity and tightness in order to connect the basic concepts of Marx’s teaching to a wider readership.

It’s hard to exaggerate how timely and refreshing Foley’s intervention is. She declares that it is not dialectical materialism that is behind the times, but the voices dismissing it as outmoded who are. Marxism need not prove its relevance in the 21st century. The contradictions of capitalist society cry out to us every day: Foley mentions increasing wealth inequality on a global scale, unemployment for hundreds of millions, the rise of national chauvinism and fundamentalism and the collective assault on women these movements entail, and the crisis-prone instability that’s inherent to the capitalist mode of production. Nevertheless, “this study is, in many regards, and quite unabashedly, a return to orthodoxy,” she writes. And it is, for she upholds and explains aspects of Marx’s thought, such as the base-superstructure paradigm, that are typically rejected as mechanistic and moribund by Marx’s commentators in the academy. Foley’s slogan isn’t simply back to Marx, it’s back to the texts.

Her book is divided into two parts, the first on Marxism and the second on literature. Her exposition on Marxist thought through chapters on historical materialism, political economy, and ideology, are compact, thorough, and worth reading for even the remotely curious. One conscientious move was to include two ideas from Capital, the labor theory of value and the tendency of the rate of profit to fall, on just one page. These concepts are arguably the heart and lungs of Marx’s argument, and are often problematized into obscurity by critical theorists. The labor theory of value (which Marx developed but did not discover), that “the amount of work that went into the production of a given commodity is what determines its value,” leads into the tendency for the rate of profit to fall, as competition drives capitalist firms to invest more in technology, reducing the amount of socially necessary labor time that constitutes the product’s value.

The abstract nature of Marxist discussions on dialectics and contradiction often leave the relation to concrete class struggle by the wayside. But Foley formulates her definitions in a communicative way, and the bearing these concepts have on literature and the ideological struggle is never far off. One way to thematize my opening Robinson Crusoe example is through the dialectical concept of appearance versus essence. The appearance of something is a snapshot, a “timebound” facet of itself, whereas the essence is not just its hidden inner structure but also its “embodiment of its past and its possible future,” its potentiality. Foley shows throughout this part how Marx’s understanding of capitalism, like correct ideas in general, came into being over and against the old and incorrect ideas holding sway. (This is why polemic is the time-honored genre for revolutionary leaders.)

As for ideology, this Marxist concern comes into play as soon as we consider metaphors. Metaphors are not just adornments on thought, or even representations of how we experience thinking. They shape what is thinkable. There are metaphors that treat historical relationships as natural, such as comparing a monarch to the sun. The invisible hand that manages supply and demand in the free market is an obvious example under the capitalist system of a metaphor that obscures the “causes and consequences” of capitalism, while also legitimating its workings.

But ideology is more than enforced beliefs and distortions. Between ruling ideas like racism and sexism and the social formations they permeate lies a complex of mediating factors. For example, Foley refuses easy, unilateral arguments when talking about homo- and transphobia. These lines of oppression are shaped by heteronormative bourgeois family relations, if not directly by class forces. “Heteronormativity . . . can without much difficulty be seen as a second-order mediation of the gender dualism deeply rooted in capitalism.” Foley is careful to avoid “a model of plural causality,” a “mass of disarticulated ‘factors,’ in which none exercises final determining power.” Pluralism is the preference of liberalism and postmodernism. This way of thinking can and has led to a cul-de-sac of liberal nationalism, which strives to combat oppression without questioning its ultimate material basis, the exchange of labor power for wages. This model, Foley says, obeys the dictum of “ABC — ‘Anything But Class.’”

A feature of great interest in the first part is the use by Foley of “timeout boxes,” like those you would find in a typical student handbook. But these boxes do not contain basic definitions for Marxist vocabulary or phraseology. Instead Foley uses these moments to take on the spiciest questions posed to the Marxist doctrine today, such as the difference between socialism and communism, the relationship with intersectionality, whether or not Marxism is eurocentric, “What about the Internet?” and the issue of women’s reproductive labor. To the last question, Foley explains that when only waged labor is upheld as productive (because it creates surplus value), “the work that goes into making sure that children are raised and that adults eat and have clean clothes to wear is — while it uses up many hours of a woman’s time — invisible as work. It is seen, instead, as simply what women do, because they are women.”

The second part, which mobilizes the Marxist material for both practical readings of literary texts as well as questions of literary theory, shows off Foley’s terrific skill as a pedagogue. These chapters read like a summation of her teaching experience. She organizes the material into thematic and textual “clusters” that represent “the most frequently invoked” criteria of literary criticism from decades of teaching and studying. Style is just one area. How do stylistic devices add up to a process through which the reader is moved “toward acceptance of a given set of ideas or emotions, which in turn entail various ideologically coded assumptions” about the nature of society and historical change? Style is not just a self-fashioned brand but a way to foreground and center certain perspectives, marginalize and mute others.

Foley writes helpful introductions to some of the longstanding debates in Western Marxist criticism, such as realism versus modernism, and the psychoanalytical bent of approaches by Jameson and Slavoj Žižek. The literary text mediates, even tries to control the contradictions shaping the social formation from which it emerged. She speaks of the “history that hurts,” the routine violence and dissolution wrought by capitalist accumulation, the victory of necessity over solidarity; some works of art keep the history that hurts at bay, others keep it front and center.

Foley’s examples are wide ranging and fun. Western classics are used to expose their myopic view of commodities, such as coffee in Jane Austen and sapphires in Edith Wharton. But there are plenty of writers articulating a “counter hegemony,” like Toni Morrison, Langston Hughes, and Richard Wright; or the consciousness of oppressed nationalities, like Ousmane Sembène, Ngũgĩ wa Thiong’o, and Gloria E. Anzaldúa. At one point Foley offers a Gramscian reading of Fifty Shades of Grey, an example of a “common-sense fantasy” that shores up assumptions not just of sexual relations but of everyday life, with its basis on capital accumulation kept invisible. We can speak of utopia here (because we are dealing with fiction), but Marxists reject “compensatory utopias” (like Darcy’s Pemberley or Mr. Grey’s sex dungeon) in favor of “anticipatory utopias” that are immanent in the present state of things (like the working class solidarity in Stone Butch Blues). This “temporal vice,” this blockage of the old world’s passage into the new one, this fettering of humankind’s potential, has been with us for the existence of class society, though the symptoms change over time. Western literature in the last two centuries, consciously or not, has articulated these painful tensions in a way that makes vivid what Foley calls the “presentness of the past.” And sometimes literature registers the striving to surpass them by attacking the source: “the exploitation, alienation, and fragmentation fostered by capitalist social relations.”

Foley’s book is welcome not just for being the first introduction to Marxist criticism since the 1970s, but for being an introduction to Marxism for today. When public discourse seems to be expressing nothing but bitterness and exhaustion under the hodgepodge of “disarticulated factors,” Foley gives us the imperative to “think totality,” to perceive the essential capitalist relations behind the appearance of the situations we live and work in, and the ones we project to ourselves with the help of written narratives. To stop at bad culture (to say that the problem is just gun culture, or rape culture) is actually mid-level analysis. We must thread the needle and bring the insight back to conditions of production and exploitation. The message of Marxist criticism has more to offer students striving for change while facing the world. It says, Your anger is correct. Don’t give in to despair: believe that the world can be understood, that you too can understand it and work to transform it. That’s still the point.

Alex Lanz is a writer and student activist living in Brooklyn.