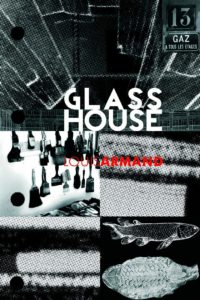 Modern detective fiction begins with Edgar Allan Poe’s “The Murders in the Rue Morgue” (1841). An unknown assailant gains impossible entrance to a locked room, dispatching two victims with brutish ferocity. Suspicions fly, and one innocent man, a clerk, is wrongly jailed. But in the final paragraphs of the story, the unflappable Inspector Dupin reveals that the true culprit of the crime has already been deposited in a prison of a different sort. An orangutan brought to Paris by a sailor is revealed as the killer (if not exactly the murderer). Dupin informs his audience and readers that in the time since the initial bloodshed, the marauding creature has been “caught by the owner himself, who obtained for it a very large sum at the Jardin des Plantes.” The danger is already contained, albeit by zoological rather than criminal enclosure. Dupin’s solution to the mystery is gratuitous from any angle but a narrative one. That is, he must solve the problem for the sake of the story, not for the citizens of Paris, since the threat — such as it is — is already contained. On the other hand, only with Dupin’s revelation is the innocent suspect released from custody. Were it not for the Inspector’s brilliance, what fate might unjustly befall the accused clerk? We don’t find out because this first ever detective tale ends with tidy, satisfying resolution. So tidy and satisfying, in fact, that countless stories have followed Poe’s formula with only the most minor adjustments.

Louis Armand’s GlassHouse makes what can only be called major adjustments. Described by one critic as “hallucinatory noir” and branded on its own back cover as “acid noir,” the slim volume is split into three parts, the first of which tacks between nine distinct character perspectives. Careening from one muddled mind to another—from administrative assistant to museum director to cops to extra-terrestrial — we learn via fragmentary and sometimes incoherent views of a vicious crime that would not at first glance be unusual for mystery fiction generically speaking. A young woman, a schoolteacher, is found battered to death in the morning hours of a tour at the Jardin des Plantes. The nature of her injury — a collapsed skull, a mess of hair and blood — and her location in the Jardin both evoke Poe. But here the overlap veers mightily strange in Armand’s hands. Because if an orangutan is Poe’s surprise killer, locked away at the end in the famous French landmark to natural history, the murderer in GlassHouse pops in unnaturally from another dimension altogether. Or perhaps from a different time period or parallel universe? Or maybe just from outer space? It’s not clear. Not much is clear throughout, despite the exacting and often beautiful prose. Instead of a tidying Dupin to clear things up, we’re saddled with a duo of inspectors who have no results to show for all their grumbling efforts and hard-boiled patois.

If you’re concerned that I’m spoiling the plot, it’s worth stressing that spoiling presumes more plot than is here packaged. Put simply, plot is far from Armand’s primary interest, as one chapter simply entitled “The Plot” suggests, channeling Wittgenstein to deliver only three brief lines:

Whether unspeakable or lost or both, the plot and mystery along with it are thoroughly unresolved. In fact, while part two of the book slips beyond the initial character cast to filter through even more strange personas (like a herd of cats, for example), part three follows with just a single, one-page chapter before delivering the final words of the book: “[NO END].” Uppercased and bracketed like an impetuous rejoinder to a nagging editor. While orbiting almost entirely within the same institution that provides Poe the crowning proof of Dupin’s brilliance, GlassHouse hollows out the solidity of the Jardin des Plantes, undermining the foundations of the mystery genre. This destabilization is literal insofar as a section of the Jardin in the book is being excavated by a construction company. The dug-up Jardin (which itself receives a point of view chapter at one point) is as yawning as the many narrative holes that deliver, in the end, “no end.” Just like the plot that is “Lost. All Lost,” these holes indicate an underlying absence–an insistence that the puzzle pieces of the crime are not just scrambled but actually missing. Only a reader’s imagination can fill these holes, leaving the characters themselves to stumble in circles over unstable ground.

True, a detective story that ends with “[NO END]” may scarcely be called a detective story. After all, the murder and the neurotic interior states of this clutch of eccentrics inevitably ask rather than answer questions. Still, Armand does manage to answer the one question that Poe left unaddressed — the question, that is, of what might have happened to that wrongly accused clerk. Lacking a Dupin to absolve the innocent, GlassHouse sees the accused punished with a ferocity to match the crime. A mob forms from the crowd milling around the Jardin. This anonymous human tide lynches two men who are deemed suspicious, hanging them from a baobob tree within the Jardin grounds. (Or at least, one of the accused is a man, while the other is possibly something else?) The final page of the book sees the corpses cut down by police, the mob having dissipated in the revealing dawn light. Again, the detectives who survey the destruction are a pathetic shadow of Dupin, perhaps Armand’s wry insistence that actual human beings would not wait patiently for the dazzling resolution that Poe’s inspector withholds until the last minute.

But even understood as a treatment of one question that Poe left unanswered, this lynching incident is a strange inclusion. The book seems to suggest — though never insist — that the schoolteacher’s murder was some sort of accident — a cosmic hiccup resulting from this or that technologically advanced form of travel or communication. The teacher herself is given a brief postmortem chapter to explain through fragments and bracketed omissions her view of the matter: “A true account of my death [      ] would begin with a perforated line, [ ] separating a darkness you can see [ ] from a darkness you can’t.” And yet this freak occurrence culled from the world of speculative fiction leads inexorably to the all too human crime of mob murder. The story and the crime at its center seem to have otherworldly import, but the recourse of the mob is viciously mundane, described by Armand as a cowardly capitulation to any number of racial and ethnic stereotypes. The mob impedes the story that Armand seems to want to tell, a boisterous and banal resistance to the strange and  interesting. We get the sense that Armand is frustrated as his creativity and artistic achievement are stifled by the crudeness of this crowd. A fanciful mystery runs aground on herdlike human tendencies that dog us even into our fiction. The effect of this interruption is powerful — a dark yet familiar return to earth in the form of the deadening tedium of the crowd.

The contrast between the supernatural elements of the story and the all-too real violence is granted visual demonstration in the book’s design. GlassHouse boasts a fascinating array of collaged black and white images on front and back cover. The back cover features a classically bug-eyed alien situated above a small reproduction of a lynching photograph. A crowd surrounds two bodies that are hanging, suspended in the night, as several members of the crowd point at the bodies and look back at the camera. All the faces—victims and mob members—are blotted out. Presumably, this image was selected because it depicts a mob and two victims, just like Armand’s narrative. But however apt an evocation of the lynching described in this particular book, this image also bears an overwhelmingly specific historical provenance, since it is arguably the most famous lynching photograph from twentieth-century America. Taken by Lawrence Beitler, this photograph depicts Marion, Indiana in 1930, when Thomas Ship and Abram Smith were lynched by a mob outside the jail from which they had been forcibly removed. The actual image is bigger and clearer than the one selected for Armand’s back cover; in the original, no faces are blotted out and it is clear that many in the crowd are enjoying themselves as they point to the ruined, hanging bodies. This horrific image is famous for distilling the racial and sexual power dynamics inherent in the so-called “spectacle lynchings” that occurred all too frequently around the turn of the century, acts of ritualized mob violence that were reproduced for circulating consumption. Indeed, Shawn Michelle Smith’s important essay in Lynching Photographs on the evidentiary mechanisms of lynching photography takes this particular image — and its permutations over time — as its focus. It was this image, too, that inspired the poem that would go on to form the basis of the famous song “Strange Fruit.”

With all this imbued cultural and historical significance, it is startling to find this image — scaled down and somewhat obscured — adorning the back cover of an experimental mystery drama set in (roughly) contemporary Paris. Whether or not Armand had any say in this design choice, we are left wondering about how this heady avant-garde work wishes to evoke — or perhaps provoke — matters of racial violence and intolerance that are decidedly more timely. Because if GlassHouse ultimately withholds answers to this as well as so many other questions, it nevertheless revels in stray clues and connections that seem to hold out hope for an encompassing coherence. The baobab tree that facilitates the lynching, for instance, is pictured in the first lines of the first chapter as a watchful, benevolent presence. And the particular concentration camp trauma that haunts one character seems a fated anticipation of the murdered schoolteacher. Similarly, the piece of construction site scaffolding that is used to bludgeon the schoolteacher is itself an anticipation of the lynching, since hangings require just such a construction of scaffolding to stage. These and other forms recur across time, scene, and persona, suggesting a rhyming providence amidst the otherwise messy collisions of character perspective. In this sense, the lynching image is just another echo that comes unexpectedly to jolt the reader into marveling at how — if at all — this mystery with “no end” should best be understood. We’re left with a refraction of possibilities — a house of glass — that would no doubt baffle even Dupin.