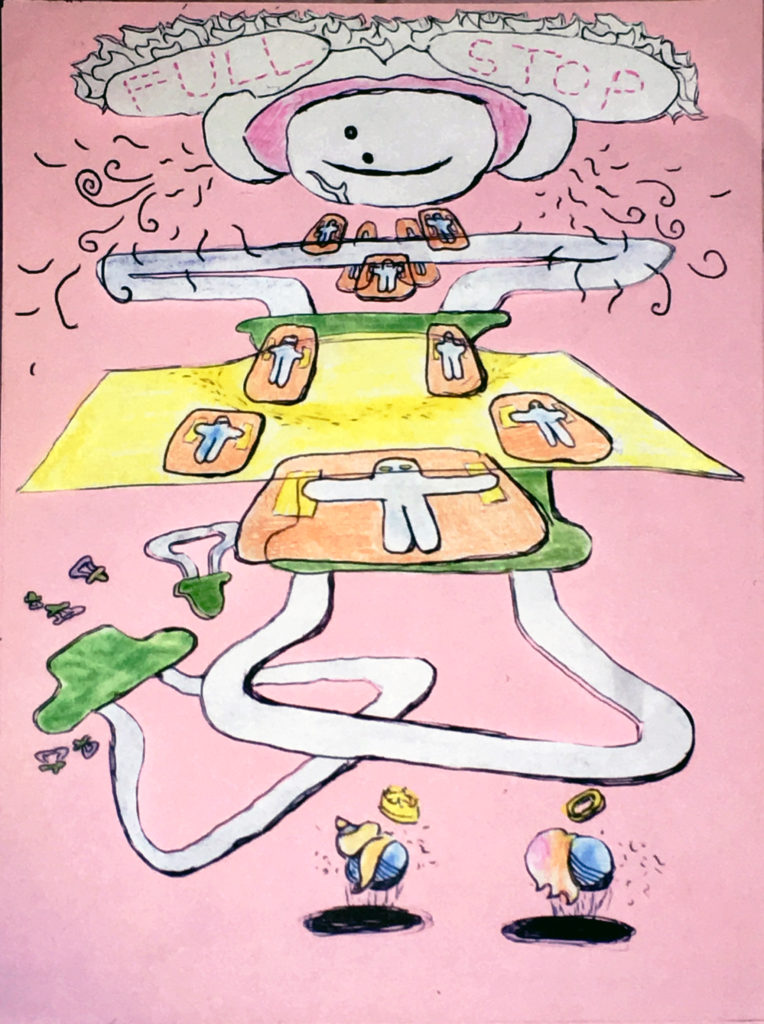 Our time certainly seems bent on rendering it more difficult to escape into books.

Take, for example, recent science fiction: extrapolating off of today’s headlines to envision the world fifty years down the line. These writers now have to outrun a world where the country’s leading academic institution was recently revealed to be padding its massive endowment by buying up water rights in California ahead of incoming climate collapse.

Or mystery novels that simply reinforce the valid paranoia of an omnipresent algorithm. And fantasy is still cool, we guess, if you ignore the milk-guzzling elves of nobility that we’re supposed to be rooting for. And we won’t even get into political satire. The fantastical topics our lives now frequent are truly innumerable.

But a good book, they say, can put everything in its place, right? Reveal truth beyond what we see right in front of us?

Except while others might hold books as some sort of bulwark against apocalyptic times, as a way to escape from the noise of everyday life, Full Stop has never really been convinced. Contemporary fiction is not a weapon or shield or tool or even, sadly, much of an escape. It’s much weirder and messier than that. And it’s more like us than we care to admit.

Fiction was a mutant from the outset, warped by a world that never really wanted it to begin with (if commercial success is our metric) and adapted to flourish in the dark laboratories of MFA programs, publishing houses established solely to launder money, and of course, CIA covert operations. Searching for its utility is missing the point—the interminable end of things has finally arrived on our shores and yet fiction continues to transform and expand. So do we.

Like the baroque biology of Alexis Rockman’s mural Manifest Destiny, so wonderfully rendered in this issue by Kelly M. S. Swope, contemporary fiction flings itself into a darker, stranger future, where the structures of 5 today are endlessly repurposed, grown over, and altered. What does democracy look like in 5004 CE? That probably won’t be up to us, anyway. But we can take a look.

And we can look both ways, forward and back, to Gabriel García Márquez’s South America, stuck in an endless cycle of deprivation and migration, connected to its northern neighbors but horribly lonely in its struggles. What will South America look like in 2200? Probably far more like 2000 or 1975 or 2018 than it should.

The image of a broken structure is something you’ll find recurring throughout this issue. In Elizabeth Kiem’s essay on the work of Albanian novelist Ismail Kadare, each construction site can ultimately come to resemble a crime scene. Looking around the unstable monuments of our world, we’re fascinated by this sense of justice (as the word “indictment” litters the headlines) that will reveal the true perpetrators of our current predicament.

“The twenty-first century was born in search of justice over a ruined pair of towers, while retribution for subsequent structures going down in flames is negligible. Ask the residents of Grenfell to define crime, and yes, they might strip back their edifice to the moment of its flawed construction,” Kiem writes.

What’s broken is so mostly because it was built in the first place. There’s no sense in setting it right or tidy, and a book should never have to do that. There’s less and less escape into a world where the bad guys get caught and tried, or an invention drastically alters our way of life, or an enlightened priesthood guides us to prosperity. It’s just going to be us, and this world, and our books and art, which are more like us than ever—as noble or horrible as that might be.

Like the weed growing through the crack in a ruined structure, there wouldn’t be growth without the initial destruction. Think of these interviews, essays, and artworks as growing on something broken, and not something that presents as a whole. Beware something that hasn’t already been fractured.