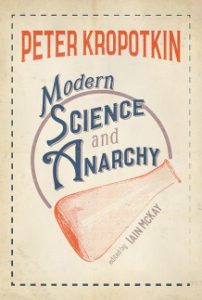 The anarchists were reflex to an evil history which penetrated their own remarkable and macabre achievements. In their efforts, the state was countered by the dissolution of the state, centralization by decentralization, elitist intellectualism by pedestrian peasantism, force by reason, obedience by disobedience, familiar entropy by ordered familiarity. They had failed to free themselves, to disengage meaningfully from the existential boundaries and force of their own experience. They were (and are) forever in the state clawing out to a thing perceived through the eyes of naïve, desperate infancy.

—Cedric Robinson, The Terms of Order: Political Science and the Myth of Leadership

In the early twentieth century pamphlet “The Principles of Anarchism,” Lucy Parsons condenses the case for anarchism into a single, smoldering sentence: “So many able writers have shown that unjust institutions which work so much misery and suffering to the masses have their root in governments, and owe their whole existence to the power derived from government, we cannot help but believe that were every law, every title deed, every court, and every police officer or soldier abolished tomorrow with one sweep, we would be better off than now.” The language she employs herein indicates the contours of this program. Couched in the first-person plural, the “we” who do the believing and the “we” who reap the benefits are contiguous formations, a grouping held together by a having been knowing, an epistemological certitude (as it can’t be helped), that has only yet to be molded into the advocation of announcement. She gracefully strips away the veneer of the lie of abolition by fiat, for no legislation can negate its own authority to legislate, no freedom but that political freedom (that really is no freedom but a freedom to find stricture in the structure of the political as such) gets decreed. Parsons does not suggest an exercise in idealism as there is no telos to be found nor utopia to be gained. There is just a simple preconditional. If those laws, deeds, courts, cops, and soldiers were abolished instantaneously by the “we” who exist as the acted upon predicates of these institutions (a flipping of the script), “we would be better off than now.” Parsons does not promise the grand arrival of a new ontology derived from a post-revolutionary (dis)harmoniousness; she simply states that this abolition would bring on the “better off than now.” That broad political spectrum which writes off anarchism as the wildest of all impractical fantasies would be hard pressed to find a more tangible end goal than this dictum. “Better off than now” is that revolution as rolling back, a place to collectively start from rather than end up. “Better off than now” is the best we got.

Parsons ends up there, but how she arrives requests attention. The jumping off point, that invocation of a textual corpus that has opened the door for the proposition to come, rests on the liminality of “so many able writers [already] hav[ing] shown . . . ” One of the writers who performed this demonstrative work (and perhaps the most famous of all the nineteenth century anarchists), Peter Kropotkin had met Parsons in 1888 in London and again in 1901 in Chicago. Author of The Conquest of Bread (1892) and Mutual Aid: A Factor of Evolution (1902), the Russian noble cum preeminent anarchist theorist attempted to construct a thoroughgoing explication of anarchism and its incumbent possibilities across his oeuvre while simultaneously decrying the pitfalls he prophesied as necessarily concurrent with any state-based model of socialism. The newly published edition of his final complete work, Modern Science and Anarchy, originally published in 1913 and here meticulously edited by Iain McKay, marks a moment of restatement for Kropotkin, a final emphatic treatment of the core tenants of his life’s work: the development of the state as one more codification of hierarchy rooted in the control of knowledge and violence, the historical impulse towards mutual aid, the flashpoints of anarchism’s fleeting successes and their ongoing relevance, the superiority of the inductive method over dialectical philosophy, the schisms of European worker’s movements, the ongoing horrors of capitalism’s global violence, and above all else, the sincere hope that the anarchism he envisions will come to fruition. Like many of the nineteenth century anarchists, Kropotkin’s writing often appears somewhere between uncritical historicism and repetitious sloganeering. Lines such as “Communism and Anarchy are thus two conceptions that necessarily complement each other,” “Man did not create society; society existed before man,” and “The duty to be exploited!’—That is where we are heading with this State-capitalist idea,” lack the historico-philosophical rigor of a writer like Marx or Luxemburg (his mistaken reading of Marx on so-called primitive accumulation falls especially flat). Instead, we find the power of this work tucked away in that sincerity of his belief that we cannot continue onward with neither the state nor the wage, that both relations must be excised, and that this cooperatively based abolition is in alignment with the natural world:

As for the new forms of life which will begin to germinate in a revolution on the ruins of the previous forms — no government will ever be able to find their expression as long as these forms do not establish themselves in the work of reconstruction by the masses being done at a thousand points simultaneously . . . We cannot legislate the future. All that can be done is foresee the essential tendencies and clear the way for them. That is what we are trying to do.

Kropotkin’s anarchism merely argues for the procurement of the means necessary for the flourishing of a mutually held potentiality, one he necessarily cannot fully give shape to as its incompleteness ensures that the experiment is on track, not already foreclosed. This openness accounts for his most enduring successes as a theorist (the emphasis on the ability to feed and house revolutionary participants during an uprising to ensure its ongoingness as well as its creative vitality) and his greatest failures as an author (the repetitive compulsions a product of the very unwillingness to say exactly how life will play out sans capitalism and the state while always needing to advocate for the importance of this removal). Here we find the double bind Cedric Robinson’s above epigraph inevitably leads us towards, those experiential boundaries of an antithesis (mis)identified which marks the entirety of the nineteenth century anarchist thought with an unbridgeable impasse, a vision which in its very clarity obscures the full sensorial scope of the problem. Kropotkin continually identifies those kernels of the could have beens, the historical upswings of an excess that threatened to spillover into a totality of refusals bursting from the wellspring of an improvisatory communism (the “anarchy” of the title); he cannot, however, develop an epistemological bedrock from which to cast a reconceptualization of how the social can be known and lived in anew, instead falling back on the “science” of the title to justify his own rather straightforward empiricism, that modality which he steadfastly refuses to refuse. Modern Science and Anarchy deserves to be read, if only to briefly inhabit the intoxication of Kropotkin’s hope, one that reminds us that we do in fact already know what to get rid of to be better off, that this knowing alone is a lot.