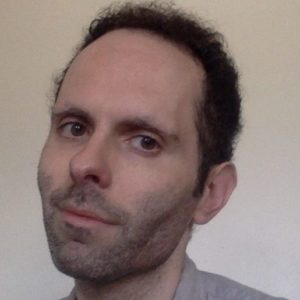 In his debut novel That Was Something (Squares and Rebels, 2018), Dan Callahan asks the reader: why would one choose to live in the past? A theatre critic and author of three nonfiction texts on acting, he has explored the question from a critical standpoint, offering fresh perspectives on figures such as Vanessa Redgrave and Barbara Stanwyck. In an age of political upheaval and ideological crisis, one may balk at the notion that culture is more vital than ever — shouldn’t we read about ancient Rome instead, or maybe World War One?

Not so for Callahan, who brings a sharp yet pleasurable urgency to the gay coming-of-age genre. His narrator Bobby Quinn passes his salad days in late 90s lower Manhattan, back when gay men spent their evenings cruising leather bars instead of planking at Barry’s Bootcamp. Bobby embraces the underbelly of queer nightlife, embroils himself in a passionate love triangle, and becomes ultimately haunted by the sex and partying of his youth. In ornate, lyrical prose, Callahan speaks truth to the loss many gay men feel for the video stores and darkrooms of a pre-gentrification New York — for a time when free love was worth fighting for.

Here, Dan Callahan speaks about the theoretical side of his fiction, the dreamlike essence of New York City, and the clever walk-on role Susan Sontag plays in That Was Something.

Quinn Roberts: First and foremost, congratulations on That Was Something, it was a real pleasure to read. How are you feeling about the novel now as opposed to when you were writing it?

Dan Callahan: I wrote most of it very quickly. I found the first-person voice I wanted, and I wrote a thousand words at 11 o’clock every morning. It all came so fast, and it had its own momentum. I loved writing it, and I hoped that the enjoyment would be felt by the reader, too. I have to say, when I look at it now, I feel practically the same way about it. I was in love with these characters, and I still am.

Wayne Koestenbaum wrote a very clever blurb for the novel: “The Great Gatsby on poppers.” I also think That Was Something feels like a spiritual heir to Fitzgerald—you capture the loss that accompanies youthful hedonism with such emotional clarity. Are you a fan of his? Do you view your novel as touching on similar themes and ideas?

I’m honored that Wayne invoked Fitzgerald here as an influence. I read all of Fitzgerald when I was in high school and college. I haven’t re-read him recently, but it’s safe to say that I assimilated his style and his content, and of course I responded to it. He’s so romantic, and so lyrical. I love that. There is a sense with him, I think, where the sentences feel somewhat carved but also open to chance, even awkwardness. I feel like reading him is like seeing an extremely beautiful girl with a large mole on her neck, if that makes sense. And as far as the themes of hedonism and loss, yes, that is what I wanted to try to capture, that intimate relationship between the two.

One of the great feats of the novel is your marriage of form and content. The lyrical prose, the retrospective voice, the experiments with pacing, the relatively short length—did you make these choices specifically for That Was Something or do you always play with form in fiction?

Once I had the first-person voice of the narrator, it very much dictated what I could do. I wanted the tension of telling the story in retrospect and at the same time have it feel like it’s actually happening. Or seeming to actually happen, very vividly, which is why I jumped through certain events at a breakneck pace and then slowed down to real time—when the narrator Bobby falls in the love with the dancer Heinz Laranthal, for instance, or the Easter party towards the end. I wanted the sense of “you are there” and also “where did this go?” I wanted it to be beautiful and sexy and enveloping and then I wanted to yank it all away from the reader, so that it’s pleasurable and then it stings.

Most of the novel takes place in the late 90s, and we end up somewhere in the late 2000s/early 2010s. How did you approach the novel’s passage of time? Was it a natural process, or did it take a while to finesse?

I knew I wanted it to take place mainly in the late 1990s, before the big changes happened, before the 21st Century turned all the glaring lights on. And yes, there is a certain vagueness about when the story ends, and that was deliberate, because the narrator exists now, and on Facebook and so forth. But the story ended for him a few years ago, around 2010.

I think a novel is the very best creative form for showing what the passage of time can be like. You can’t really do that in film. All those films with unconvincing old age make-up! And how can you show twenty years passing with the same actors? It’s so difficult. You know a great novel I love about the passage of time that used to be famous and isn’t as well known now? Arnold Bennett’s The Old Wives’ Tale. I love the brutality of the way time passes in that novel. Or someone like Muriel Spark, who can be so brutal about setting up a character, telling you what’s going to happen to them when they’re older, and then going right back to them when they’re young and hopeful, sometimes within the space of a tight paragraph. It’s like she uses a meat cleaver for those time transitions, practically, and that really sends me.

I was riveted by your portrayal of late 90s New York City. It felt very grounded in rich, granular details, but it also evokes a dreamlike quality. How long have you lived in New York? Do you feel that, given the rapid changes due to gentrification, New York still has a dreamlike quality?

I’m very happy that you felt it had a dreamlike quality. That’s very much what I wanted. I’ve lived in New York since 1995, when I was a freshman at New York University. I lived in dorms in the Village, and then I spent a summer living on Grove Street in the West Village with female roommates and working at the Kim’s Video on Bleecker Street, which was within walking distance. We just watched movies all day. I lived in Chelsea for two years, in a one-bedroom with a male roommate who studied playwriting with Edward Albee, and then I lived five years in a tiny furnished room in the East Village. Since 2005, I’ve lived in Park Slope in Brooklyn with my long-term sweetheart Keith Uhlich, who loves films just as much as I do.

So, I’ve been here over twenty years. Sometimes I got tired of Manhattan when I lived in it, but not now. Very often now, I’ll be walking in the West Village near the Hudson River, and Manhattan will seem just as dreamy and romantic to me as it ever did. Until I hear some finance person talking. That’s the difference. It’s dreamy until you hear the finance people who live there now talking about hedge funds and all that. But when you’ve lived here for so long, you become an expert at blocking those people out.

In addition to fiction, you also write film criticism, and in parts of TWS you indulge your theoretical side. Were you worried that the film critic in you would devour the fiction writer? How did you manage to reconcile the two on the page?

Fiction writing and critical writing—reviews and essays—require different parts of the brain. Gore Vidal and Susan Sontag wrote major essays and criticism, and when they wrote fiction their essay-writing side sometimes took over. But I feel like we’re in a literary moment where categories are breaking down, and that feels exciting to me, and sexy. What I suppose I’m trying to say is: I didn’t want to let that side of me overwhelm the fictional world I was creating, but I also didn’t feel like I needed to limit myself to any strict parameters. I like recklessness, playfulness, chanciness.

Speaking of—loved, loved, loved the Susan Sontag cameo! What do you think she would have said about That Was Something?

Sontag had the highest standards, of course, but she had her humorous side. I would hope she might have been amused by it. I knew that Sontag needed to be in the novel as a character, because she is a legendary figure at this point.

Sontag actually stood behind me in line for a half hour out in the cold to see Marguerite Duras’s India Song (1975) at the Museum of Modern Art in 2003. She kept falling into me and coughing on me and then apologizing, and it was truly one of the most erotic experiences of my life to have Sontag swooning into me for a half hour in the cold. That was a half hour that seemed to stretch into eternity for me, and time really stopped in a way that I cherish. Sontag seemed so butch and yet so delicate at the same time. I didn’t say anything to her, because I thought there would be a better time or way to introduce myself, and I was wrong about that, because she died in 2004. So in my novel, I set up the same situation, but I have my narrator and his boyfriend talk to Sontag and interact with her briefly. I got to improve on life here.

I do hope that she behaves in the way that she would have behaved in life, but as I say, Sontag has passed into legend now. I think she would at least like the idea of being a fictional character in a novel, of living on in that way, because she wanted so desperately to live.

Hailing from Connecticut, Quinn Roberts is a Berlin-based fiction writer and essayist. His work has been supported by the Bread Loaf Writers’ Conference and can also be found on LitHub and Blake Butler’s Fanzine. He tweets and grams @thequinnprint.