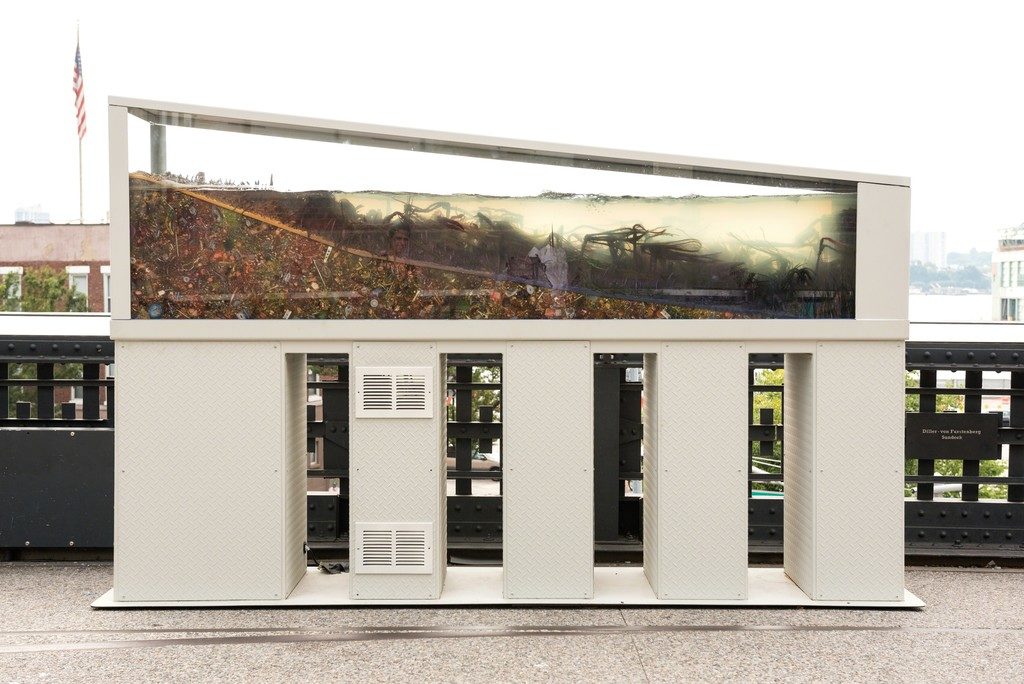 Florida is punk. It is infamous for its dangerous wildlife, criminality, and overall unusual behavior not only as a habitat, but also a population. As someone who grew up in Florida, I am biased, and only became fully entranced by its strangeness after living on the west coast for three years. In a way, it has taken a long time for me to confront my complex relationship with the state as a place of birth and rearing: one of church tent exorcisms, highways, beautiful beaches, algal swamps, frozen iguanas, juggalos, space shuttle launches, flea markets, mass murderers, drugs, palm trees, hurricane parties, kitschy beach-themed bathrooms, and asphyxiating humidity. Its character is too convoluted and deranged to encapsulate in a single list of clashing oddities. In short, it’s a place to which I’ll always return.

There’s something barren, even necropastoral, about the roadside landscapes of rural central and south Florida. One sees endless vacant lots littered with scrub brush and saw palmetto. We pass an occasional trailer or abandoned strip mall, all bombed-out by years of neglect. It’s a place that seems like it should only exist in pre or post-humanity, but certainly not now. Of course there are the retirement communities and plasticine beach towns. Disney. These distractions are mere mirages. The real Florida is wedged between county roads leading to forgotten beaches, or deep in the neighborhoods where tourists won’t go. If you know where to look, you can find its edges.

Growing up here, I went to countless punk, noise, and experimental music events across the state. From house shows in Tallahassee to the International Noise Conference, it is clear that the psychogeography of the state engenders the chaotic. It’s the home of Assück and Scrotum Grinder, but also Trivium, Marilyn Manson, and This Bike Is A Pipe Bomb. It’s a place of constant decay and warped regrowth. I hate to admit it, but it’s my state. I feel as though I am a product of it.

Maybe Florida is finally getting some credit for its eccentricities. Director Harmony Korine immortalized beachy debauchery in Spring Breakers. The alien world of Jeff VanderMeer’s Southern Reach series takes cues from Florida’s landscape (VanderMeer is based in Florida, and was inspired to write the series after a walk in St. Marks Wildlife Refuge). While I appreciate these examples, there are many other writers and artists that have recently turned to milk the fangs of the peninsula, and few get it right. The best takes on Florida almost always re-envision it. In developing new, replicant Floridas, productive transformations emerge from the undergrowth.

Kristen Gallagher’s 85% True/Minor Ecologies (Skeleton Man) isn’t as much a take on Florida as it is a recultivation of it. In a series of short segments almost framed as reports from the field, Gallagher sees “a weird rainbow pulsing in the sky,” and, later, “8 people vomiting blood after a crab eating contest.” The result is a seamless combination of doomed research and speculative science fiction. She interacts with researchers and proves to be not only a researcher herself, but a researcher of the researchers. Befriending them, Gallagher connects the dots between the endangered (and sometimes menacing) creatures of the swampland: cottonmouth, sea stars, scrub jays. Between their episodes, we have onslaughts of toxic supertoads and mutant crustaceans. Chillingly, it emerges that perhaps Gallagher’s human biologists are the real endangered specie. Science appears to promise acceleration of the extinction machine.

Gallagher seems to be particularly interested in anthropological as well as environmental cataloguing. In Grand Central (Troll Thread), the poet indexically catalogs a visit to Grand Central Station, with sections including “Directions Walked by People on the Main Concourse,” “Questions Asked at The Information Booth,” and even “Baseball Hats.” It’s a meticulous, hauntingly obsessive piece. Whereas Grand Central and 85% True/Minor Ecologies share an inclination towards documentary, the latter presents an essayistic approach to moments describing lush intensites. These are intensities of closeness with the subject matter, treated with the hand of a researcher sifting sands in search of endangered mollusks. In 85% True/Minor Ecologies, Gallagher’s narrator(s) becomes enmeshed in a web of genre-bending experiences, as diverse as the terrain she traverses.

In the section “Death to Our Friends,” the narrator meets with a woman who is an expert in sea stars. During her visit to the woman’s tidepools, the woman tells of a horrific event verging on body horror. A few years before, an unexplained tweak in the delicate ecosystem led to a killing field of sea star cannibalism. In an otherworldly, almost occult scene, the narrator listens to graphic depictions of the stars, “squishy and pockmarked with white lesions, their pink and white guts spilling out, oozing all over the rocks, fleshy, more arms detached, and the arms continuing to crawl, disembodied, along the rocks.” This viscerality is finely tuned to Gallagher’s ecopoetic concerns. Of her own work, she states: “I feel a weird satisfaction when I encounter highly affecting images of this kind, and when I read them in news or science investigations, I use them. I want the writing to be visceral, go deep, deeply disturb, unclench the abstract worry.”

Gallagher is summoned by the spirit of Zora Neale Hurston, who acts as her historic compass for the state: a place of outcasts, escapees from slavery, pioneers who went towards the Equator rather than West. They challenged this place and learned a delicate symbiosis. Gallagher acts as medium at the burial mounds of this topology’s first people, and seeks to immortalize her encounters in an expedition to the Fountain of Youth. Of course, the expedition is really a tour; the whole thing scripted for snowbirds and vans of families.

Heading south on the Florida Turnpike, one can see a huge mound rise up in the distance. Circled by turkey vultures and littered with specks of glittering trash, one is usually first greeted by the stench of it on hot days. This is Broward County’s Mount Trashmore: a 225-foot tall landfill squeezed between four lanes of highway asphalt. It is a strangely breathtaking site to behold, almost appearing as a dormant being, awaiting the next tectonic shift to awaken. If anything, it is a change of scenery on the normally flat drive towards Miami.

About 1200 miles north is Manhattan, where a different structure looms. Along the High Line, sculptural works and installations come together for the exhibition Mutations, curated by Cecilia Alimani. Max Hooper Schneider’s Section of Intertidal landscape—Hair Metastasis is an asymmetrical, 10-foot long aquarium filled with colorful crystals and reproductions of sea anemone rendered in synthetic hair. In the silty slush, recognizable objects emerge such as razor blades, but overall, the piece feels incredibly alien. Alimani’s description of the aquarium compares its surface to that of stained glass. It seems the work, here in Manhattan, becomes elevated from some swampy origin, presented as specimen enclosed within a vitrine. Its placement parallel to a scenic view of the Hudson seems to expand the aquarium across our human horizon. The work is simultaneously micro and macro: both uncanny coral reef and viruses swimming in cellular ooze. According to Schneider, the sculpture “allows us to imagine a possibility of some other time—with or without us.”

Schneider’s vegetal terrariums, which combine both real and faux flora with neon and other unexpected objects, present themselves as enigmatic samples of future biomes. Schneider’s work collapses our expectations of the human/nature dichotomy, with a keen attention to the juxtaposition of humor and macabre. He seems to harbor a distinct interest in the posthuman environment in interviews. While often bleak, Schneider’s sculptures sometimes elevate their natural subjects to positions of crucial importance, critical to the function of the mechanisms entrapping them.

Schneider gives special autonomy to two Electrophorus electricus knifefish (electric eels) who control the lighting of the gallery space from within their tank in Dielectrix I: Division Electrophorus, presented in the group show Dolores at Team Gallery in 2016. The work combines speculative decor, Bond villain booby-trap, and heavy metal linguistics in a bizarre yet refined sculptural intervention. For 2014’s Genus Watermelancholia, a genetically modified square watermelon powers a digital sign, displaying dryly humorous messages, such as “HELP!” What are we to make of this fruit’s confined presence? It is an exemplary closed loop of Schneider’s work, which, while at times suggesting an expansion of post-ecological possibility, more often than not closes in on itself in pure claustrophobia.

These sculptures and installations seem to be right out of a Gallagherian Florida. Perhaps an abandoned strip mall on a desolate stretch of I-95 would make an ideal site for an unrealized project of Schneider’s: turning a derelict shopping space into a huge terrarium, where invasive plants and critters are given free range to take over the architecture in slow-motion.

It’s hard to know what punk is anymore, as its definitions are as multifarious as Florida’s strange accumulation of attributes. However, I think one can feel something close to an accurate definition by syncing Combatwoundedveteran’s I Know A Girl Who Develops Crime Scene Photos with time-lapse video of palmetto bugs consuming the rotting carcass of a Florida cottonmouth, framed by the shrieking swampland, coursing with alien night by the moon’s green glow.

These artists, working in their respective mediums, utilize examples taken directly from our wounded environment and present them to us already mutated. Artifice and organic materials become camouflaged, combined, creating repulsive new hybrid entities. There is an astonishingly familiar quality to this repulsion. The tone of their work strikes a chord because it plainly belies the current climate crisis our world finds itself in. By presenting us this evidence, Gallagher and Schneider both develop spaces of inquiry that could potentially generate new conceptual solutions to address rapidly evolving problems. Punk diagrammers of degradation, they show us the limit-experience of an Earth gone sick.

Barrett White (barrettwhite.info) is a writer living in Florida, previously Seattle. He is an editor for Tagvverk.