In Search of St. Paul’s Scales

λεπίς –  A. epithelial debris; layer of the skull; egg-shell; cup of a filbert; coat of an onion. 2. collectively, scales of fish; also of serpents. 3. of other things, flakes that fly from copper in hammering. 4. plate of metal; of gold and silver. 5. blade of a saw. 6. snow-flakes.
—Liddell and Scott Greek Lexicon (abbreviated)

“The scales fell from my eyes” is a common expression indicating some sudden realization. It is not unusual for the human eye to be figuratively inflated from an organ of literal sight to one of some broader epistemic capacity. This image is at least as old as Plato and probably older. What is more unusual is the reference to “scales.” 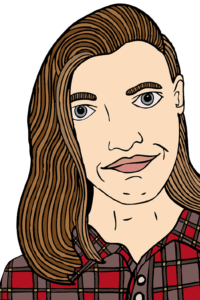 The expression is usually traced back to the book of Acts, chapter 9, in which St. Paul—then still Saul of Tarsus, persecutor of the Church—encounters Christ on the road to Damascus. This event is one of the most famous conversion stories in history, marking Saul’s dramatic turn from the dogged enemy of Jesus’ followers to the most committed of their number and a key figure of what was to become Christianity. Some have even gone so far as to call him the founder of the faith—a claim that, though controversial, testifies to his formative role in those early years.

But before all of that, Saul of Tarsus, blinded by his encounter with Christ, was left without sight for three days. According to Acts, it wasn’t until the coming of Ananias, a Christian living in Damascus, that he could see again:

So Ananias went and entered the house. And he laid his hands on Saul and said, “Brother Saul, the Lord Jesus, who appeared to you on your way here, has sent me so that you may regain your sight and be filled with the Holy Spirit.” And immediately something like scales fell from his eyes, and his sight was restored. (Acts 9:17-18, NRSV)

Although this story has been told time and time again, these scales are usually given little attention. The story of St. Paul’s conversion appears two more times in Acts (22:6-13 and 26:12-18), retold by the Apostle himself, and neither time does he mention these scales. Nor are they mentioned in the account given in his own writings, either in Galatians (1:12 and 1:16) or in the brief reference in 1 Corinthians (15:8). Much as they had blocked Saul’s sight by covering his eyes, in the varied Christian tradition(s) that have emerged from his vision, the scales themselves are nowhere to be seen.

I’m sure it will surprise no one if I say that St. Paul’s scales are not the only literary detail in the Bible which is passed over with very little explanation. In Genesis 6, for example, there are cryptic references to the “Sons of God,” who lived on the earth and bore children with human women. St. Paul himself is perhaps one of the greatest culprits of such lacunas. For example, in his first epistle to the church in Corinth, we are told that women ought to cover their head during the liturgy “because of the angels” (1 Corinthians 11:10). Why exactly the presence of angels in church services (a common belief among early Christians, and among Roman Catholics and Orthodox to this day) would demand that women should cover their hair is never explained.In his letter to the church in Rome, St. Paul argues that homosexuality arises from idolatry—but he treats the causality as self-evident. Why, according to Paul, does worshipping false deities result in same-sex desire? And if this is the case, why doesn’t everybody who worships false deities have sexual desire for people of the same sex?

The frequent difficulty in reading St. Paul is in part a result of his literary style and the intent of his letters. The communities the Apostle was responsible for and wrote to were still young and going through growing pains that some may argue never really came to an end. His writings are thus largely composed of brief attempts to address a particular issue or argument that had arisen before quickly moving on to the next one. It’s sometimes difficult to avoid the impression that little to no planning has gone into these works—for instance, when he concludes one matter and turns to another, only to suddenly return to the first issue and continue as if uninterrupted. St. Paul never expected his work to have the significance it does now. He wrote brief notes for small churches, in the eager expectation that Christ would return in glory in his lifetime. Perhaps if he had known his writings would survive so long and become as influential as they have, he might have explained certain points in more detail, or even have written in another form altogether.

But such hypotheticals are largely unhelpful for engaging with the body of work we’re left with today. Most Christian readers have sought some way of making sense of these scriptural silences on their own terms. Broadly speaking, there are two dominant interpretative strategies. The first is to offer a gloss on the passage, filling in the gaps the biblical author left. In some cases, these glosses go on to acquire an authority of their own, and are appealed to in order to defend other arguments or interpretations.

Suppose we were to attempt such a gloss of St. Paul’s scales. How would we go about it?

Let’s start with the basic questions. Are the scales of direct divine origin? Were they created ex nihilo? If so, presuming God didn’t create new matter at this point in history (which would produce many thorny ontological difficulties), where did God store the scales before placing them in Saul’s eyes? Irenaeus and other fathers of the Church refer to a sort of ”pre-heaven,” to which they assign the label ”Paradise,” in which, in contrast with the spiritual realm of the angels and the uncreated dwelling place of God himself,somecreated matter is preserved uncorrupted until the resurrection at the end of the age. It is here that Enoch and Elijah were placed when God took them away from this earthly life without dying (Genesis 5:24 and 2 Kings 2:11), and on the Cross Christ promises one of the thieves who was executed with him that they will be there together (Luke 23:39-43). If the scales were created matter, yet not drawn from any place that we have access to, could they have been stored in this paradise? Did God place them directly into Saul’s eyes? Or did he use an angel (or multiple angels?) as intermediaries? If God did not create the scales ex nihilo, were angels involved in their production? According to Pseudo-Dionysios the Areopagite and St. Thomas Aquinas, there are three separate hierarchies of angels, each with three ranks. If angels were involved, which hierarchy and which rank was responsible for them? Or is this train of inquiry all too literal? Perhaps we should instead be looking for spiritual or metaphorical scales.

The second interpretative strategy is to ”theologize” the silence, treating it not as an absence—a gap that needs to be filled—but as marking a boundary of human thought, or a ”mystery,” in the full sense of the Greek μυστήριον, a point of contact with the infinite being of the Godhead. For example, at the end of his second letter to the church in Corinth, St. Paul describes the experience of ”a man I know,” largely assumed to refer to the Apostle himself, who was taken up into ”the third heaven,” where he heard secrets uttered by God himself, but he refuses to speak of what was said.

The Orthodox theologian Vladimir Lossky writes that this refusal indicates the proper approach to what we now call ”mysticism”; the emphasis ought not to be on the psychological content of the individual ”mystical” experience (the dominant theme of most writing on mysticism), but on the theologicalcontent. Psychologizing such encounters is a false attempt to generalize the individual and to objectify that which is beyond subject and object, to communicate that which by nature cannot be spoken of. Yet by reflecting on such encounters—their shape, their form, their structure, how the subject was oriented to God—rather than what it ”felt like,” we might both acknowledge such experiences as distinctly personal and also release them from the purely individual and offer them up to a community.

From this perspective, it doesn’t matter what St. Paul heard or saw in the third heaven (whatever that is!)—or rather, it isn’t given to us to know. This silence of St. Paul represents an ambivalence for our contemplation; we can consider the tension between his claim to authority and his refusal to locate this authority in any elite spiritual knowledge outside of the discourse of the community, and the inevitable process of interpretation and contestation that discourse involves.

Following this second strategy, we might speak of the scales as the vanished trace of epistemological ”redemption” in the Pauline narrative, that which passes from sight so that a greater vision may be obtained. To search for these scales would then only reveal the importance of their absence. Yet what else might we have we lost sight of, along with his scales, in the many attempts to reclaim the vision of St. Paul?

But of course, this may be overthinking things. The book of Tobit, in what is often referred to as the Apocrypha, but which remains an integral part of the Scripture of the majority of Christians worldwide, also features a sudden return of sight. In this case, Tobit’s son Tobias peels away white films that had formed over Tobit’s eyes. Yet here there is little mystery as to their origin. Tobit fell asleep under a garden wall, and sparrows shat in his eyes, creating some kind of infection. All this having been said, it is possible that our words on these scales of St. Paul were for nothing—it might well just be birdshit.

Beyond Belief Amongst the Millennials