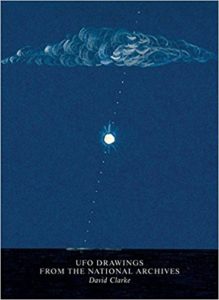 The X-Files returned to network television for (at least) a season and a half of new episodes. And why not? In an age of reboots, this series seems as good as any other to return to, a perfect combination of cult fandom and critical success; by and large, it hasn’t worked, a failure of one era to seamlessly graft onto another. The larger mythology never had a strong cohesion, and the monster-of-the-week episodes were perpetually hit or miss, but the show marked a cultural moment of paranormal revival and radical empiricism as much 1990s as 1890s (William James’s struggles to articulate the relationship between belief and truth came coupled with an obsessive curiosity regarding psychics and altered states of consciousness).

In its current iteration, the show has been unable to find a compelling foothold, extant in a moment wherein access to the bizarre joys and horrors of the everyday have demystified the appeal of the unknowable — the Patterson-Gimlin footage would seem capable of holding our attentive wonder for a shorter period of time than Ted Cruz faving a porn video. The original run of The X-Files had some of its greatest successes from the episodes written by Darin Morgan (“Humbug,” “Clyde Bruckman’s Final Repose,” “Jose Chung’s From Outer Space”). These episodes were willing to see the show as a deeply (inter/meta) textual endeavor and envisioned the show’s epistemological uncertainty as fodder for a cosmic comedy (the best kind of tragedy). The singular success of Season 11, “The Lost of Art of Forehead Sweat,” comes via Morgan. It imagines a scenario in which the entirety of what we remembered about The X-Files may not only have been a nostalgia always already misplaced and misremembered, but also a cover for a conspiracy more sinister than anything previously guessed at by Scully and Mulder — a certainty (for once) that someone, somewhere had the ability to change what we thought we knew. In this rewriting, the entire series and its unending search for the truth out there, which had always been a search through the tangled webs of power (the endless subterfuges and misdirections of the deep state), had failed to search for the ways in which power comes to constitute itself in the first place (which in this rendition we find in an unassuming man, Dr. They, who might possess the ability to manipulate our perception of reality). By the time this narrative concludes, the show doesn’t offer the viewer hope that the truth will come to be revealed in time, it settles for a kind of a shrug, well aware that neither Mulder nor Scully nor us ever found joy in a narrative that offered us “the truth” since the “out there” was always more than enough.

A new work from Four Corners Irregulars, UFO Drawings from the National Archives, finds itself looking backwards upon the heyday of UFO encounters, compiling drawings, paintings, and photographs (and their corresponding accounts) that had been submitted to the British Ministry of Defense over the latter half of the twentieth century. David Clarke’s introductory essay to UFO Drawings from the National Archives, “The Truth Is in Here,” claims that the declassified materials released by the Ministry of Defense “provide a unique insight into aspects of 20th century social history that are often ignored by scholars.” While Clarke hesitates to explain precisely what that insight might actually be beyond the mere curiosities of a belief in extraterrestrial aircraft held by millions, the visual documents contained within this beautiful edition more than make up for any shortcomings arising from a rather scant contextualization of their potential value.

Clarke’s suggestion as to what the truth in here is relies upon the kind of skepticism (always affectively tinged with a bit of disappointment) that seems perfectly suited for our contemporary moment: “The files reveal how the vast majority of UFO witnesses are not obsessive enthusiasts, or fantasists, but ordinary people who sincerely believed they have seen something truly extraordinary in the sky. As concerned citizens, they felt it was their public duty to report their experiences to someone in authority.” The mystery herein lies in the banality of authority’s presence and reception. If you have an unexplainable experience, maybe the state can process the paperwork and clear that all up for you. The reports given the most credence by the state are those which arrived with a veneer of the official: cops and soldiers. These simply get run up the chain and clarified, ensuring the lower rungs of authority end up satisfied that those at the top possess some sort of competence, able to clear up that misreading of the world wherein for an instant something appeared unexplainable. Given that the majority of sightings come from schoolchildren, we can rest assured that they get interpellated early, resting easy knowing that the state has looked into it all and found nothing to be worried about, there was never anything to see here.

The heterogeneity of these compiled images stands out as the most noteworthy aspect of UFO Drawings from the National Archives. Hardly anything unidentified looks like any other. Simple line drawings of a ship that resembles a pickle with wings (“no vapour-trail, no noise, no exhaust trail”) appear alongside a regionalist inspired painting of a shimmering light as seen hovering in the distance above a rooftop (“checks by defence staff identified two satellites, Zond 4 and Cosmos 460, were within 100 kms at the precise time of his sighting”). The ten drawings made by ten and eleven year old children who had seen a UFO hovering near their playground in Macclesfield display not only the wonders of a world drawn in crayon that bizarrely lacks depth but additionally an eerie consistency in just what exactly they had seen, a zeppelin with a descending bridge always hovering between the same two trees in nearly every iteration. The 1964 color photograph taken by a fireman of his young daughter on a day out at Burgh Marsh shows what appears to be a rather clearly captured individual in a white spacesuit, standing ominously tall behind her. This picture, a case in which the MoD never developed an adequate explanation, is compositionally stunning, the young girl holding a bouquet of flowers in the foreground while a figure out of a schlocky B-movie ambles up across the field. It provokes the most genuine, unsettling experience of any image in this book (I’ve yet to fully shake it). Even as much as Clarke goes out of his way to give us the details of every image included, those that still remain unclear and not (quite) debunked, possess a unique ability to enchant, still shrouded in the kind of mystery that gave rise to them in the first place, that moment when we find ourselves looking at something that we cannot quite make out, defying immediate interpretation and the final word of authority, a resistant object that refuses to fit.

I grew up immersed in UFOs, my father a firm believer. We would spend hours watching The X Files, Unsolved Mysteries, and any other Fox feature that promised to finally reveal some newly gathered information regarding the Loch Ness Monster or Bigfoot. My earliest reading experiences were books on the paranormal (volumes the library in the town of 600 I grew up outside of managed to have in rather copious number) which when coupled with my dad’s tales of his own sightings of strange lights in the sky (or space jelly found out on the lawn), left me continually enamored by narratives that lacked any firm resolution while simultaneously leaving behind an anarchistic distrust of any authoritative account. In this way, UFO Drawings from the National Archives has a particularly personal resonance, intimately tied up with my own nostalgia for a genre that had largely felt relegated to my childhood, when checkout line newsstands still carried fabulist stories of UFOs and their alien pilots. But the work, which claims to be a kind of retrospective on a phenomenon made simply irrelevant by the prevalence of smartphones and the corresponding lack of more definitive photographic evidence of UFOs to arise from their wide use, appears at a moment wherein we have as much reason as ever to doubt the rationales of the state. When the New York Times reported last December about Harry Reid’s use of black money to fund UFO research in the U.S., they included a momentary reference to the “metal alloys and other materials . . . recovered from unidentified aerial phenomena” being stored in a Las Vegas facility and embedded a video featuring Navy pilots in the midst of an encounter with apparent UFOs. Perhaps then, this peculiar little book exists less as a look at our shared past than as the material for  a reboot, when we once again attempt to discern why we are looking in the first place, and what it is we are so eager to doubt.