On Editing: A Work in Address 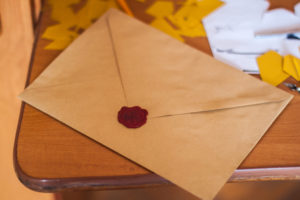 To speak of editing I’d like to speak not of work in progress but work in address. The literary work progresses into the book and past the book and even into silence, but for a moment let’s think synchronically not diachronically, let’s think of how the work is as it is in the state of becoming, the state of editing—the state of the work in which writer and reader, writer and editor, are here, I address you, you address me, I write the work as if it were an address on a letter I would send you. The work in address is being located, writer and editor are each mapping a way to it. The work in address is becoming a mode of public speech: it is a private domicile appearing on a street map in another’s hands.

What I want from this noun is a means to speak of how we find ourselves in the work. In the terms of today’s literature and its publication, we may call the we within this work a writer and an editor. A writer and a professional reader, first among readers, a representative of readers, a role and a job. Yet the overlap between these positions—writer and editor—is so complete it can occur within no more than one body. The positions of writer and editor are a means to live in the state of the literary work as it becomes, collectively to take the work as one’s address. We meet amid and through our acts of reading and writing each other. Together we find a place to work, and this is literature.

I believe that this interlocution between writer and editor, writer and reader—this meeting at the heart of the work—is not supplemental to the literary work but is the work of literature. It is not that I write the work and then you read it, perhaps you edit it. Throughout the long process of editing—hard to distinguish, except chronologically, from the process of writing—when I write the work, I am writing for you, I am writing to you, I am writing you. You are already here, as I address you, though only later may the missive arrive at the location to which I have addressed it.

As I write, your presence arouses and discomposes the work. Whether you are there across a table from me, a name in my inbox, a face looking downward on Skype, or still unknown, you are present. Too present, so that I cannot write without the cardinal thought of your reading, and not present enough, so that I alone must write, the responsibility mine, even when I have written these words in the light of the thought of another; I have rewritten myself in the words of another. Each act of writing imagines a reader, and here you are, crossing the threshold.

The editor is an intimate who mistakes herself for a public, or vice versa. Edit by edit, you, the editor, manifest your desire for a different work. Your absence incites the work and your presence counters it. We recognize a “work of art,” Jean-Luc Nancy writes, because when “faced with it, we do not stay faced, but we meet, we strike, we are struck, we lose our envelope just as this thing, this work, loses its own—its forms, its mannerisms. We develop within it as it does within us…We do not remain in ourselves, we do not leave ourselves.” The work in address is where writer and editor neither remain in ourselves, nor leave ourselves: where our writing meets another’s reading, where each envelope is lost. The writer and editor are here, developing within each other, differing from each other, meeting in a place that is beyond themselves, a shared address. The work in address is mid-delivery, a text writer and editor do not yet have in common, a work in which they differ without being distinct. Their intersubjectivity is a premise of literature, a reader raising her knuckles to the door of the text as the door opens. A work in address is the public on the threshold of the private, the private flinging open the door.

The work in address is a painting becoming a mural, I might say, thinking of, for example, the Mural of Mahmoud Darwish—Darwish’s long “lyric epic,” as his translator Fady Joudah writes. Mural was composed after the poet’s second heart failure, investigating extraordinarily language’s intersubjectivities, of name and body, self and other, nation and poem, specters of literature and death. A mural is a public artwork intimately known, a work addressing its public and irretrievable from its public, living as it does in a place where, the poem Mural attests, “The personal is not personal. / The universal not universal…” In the midst of this poem the poet addresses you, the reader, he exhorts you to “Take back the poem if you want / for me there’s only you in it / Take back your ‘I.’” The work in address is where this command in its contradictions may fully resonate: the promise through which the writer offers the work to the reader who becomes its meaning; the force with which the writer would expel the other who intrudes here, who occupies even the heart of the self that is I, who reads even the words I am writing for you.

Note
I quote from two translations of Mahmoud Darwish: by Fady Joudah, from If I Were Another (New York: Farrar, Straus and Giroux, 2009), and by Rema Hammami and John Berger, Mural (London: Verso, 2009). The quotation from Jean-Luc Nancy is from “Imm-Trans,” Polygraph 15/16 (2004); I discovered it via Mary Hickman’s Rayfish (Oakland: Omnidawn, 2017) and have not yet uncovered whose translation it is. Elizabeth Willis’s poem “Friday” appears in Address (Middletown: Wesleyan University Press, 2011). For thoughts on work and text, thanks to Karen Emmerich’s Literary Translation and the Making of Originals (Bloomsbury, 2017). Thanks, too, to Peter Dimock, with whom this writing is in conversation.

Hilary Plum is the author of the novel Strawberry Fields (2018), winner of the Fence Modern Prize in Prose; the work of nonfiction Watchfires (2016); and the novel They Dragged Them Through the Streets (2013). She teaches at Cleveland State University and serves as associate director of the CSU Poetry Center. With Zach Savich she edits Rescue Press’s Open Prose Series.

Out of Nowhere into Nothing – Caryl Pagel