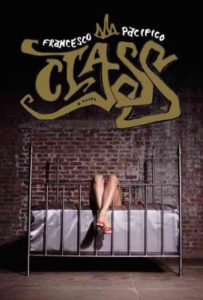 Cultural pursuits favor the wealthy. The casualization of academic and journalistic work, long periods of unremunerated fealty as a gatekeeping ritual for admittance into “creative” industries (most concentrated in expensive cities), and the absence of leisure under conditions of “time poverty” all tilt the field for those who already have money and the free time it buys. The production and administration of culture in this country has increasingly been diverted to the ideas held in common by this group. One feature of this shift has been all the books, movies, and TV shows documenting the otiose postcollegiate “self-discovery” process that the urban twentysomethings of this class undertake during their artistic apprenticeship. They usually ironize their characters’ pretensions a little (though not unsympathetically), or even ruefully acknowledge that not everyone has their opportunities, but all that is secondary to the reportedly “universal” point they make about the nature of art or of human connection. They are said to rise above superficial differences and reveal some fundamental human truth that induces fellow feeling.

Francesco Pacifico’s Class is both a contribution to and, at its best, a subversion of this genre. It follows a group of loosely acquainted young Italians as they meander transatlantically between Rome and New York. They include Lorenzo and Ludovica, a couple consisting respectively of an aspiring filmmaker and an employee of a family bookstore; Berengo, an occasional journalist; and Tullio, a straitlaced Catholic family man. These members of the “borghesia romana” are trailed by James Murphy, a David Foster Wallace-type American novelist who has abandoned his early postmodern experimentation for an “empathic” style; he plans to write about them. The main thread of the story concerns Lorenzo and Ludovica’s split due to Lorenzo’s failure to become a director. At 34, he is nearing the end of the slow process of attrition that wears away such youthful ambitions. Lorenzo has produced just one mediocre short film. In a last-ditch effort to save his career and marriage he goes to Brooklyn after receiving an offer to make a rap video, which turns out to be a cruel prank engineered by a fellow expat named Sergio.

That summary makes the novel sound like another gentrifier kunstlerroman, but despite certain similarities Class departs from this tradition in important ways. Class is written mostly in the second person and the present tense, but Pacifico avoids the coercive absorption that this style tends to through a strange formal device. Most of the novel is narrated from the perspective of Daria, a communist journalist involved with Berengo who is otherwise peripheral to the events of the plot. (The reference to the heroine of the bygone MTV animated series is intentional.) Daria is dead when the novel begins, but has somehow attained omniscience. She observes the characters and addresses them through the second person, often scathingly. In the first chapter alone she says that the members of the class to which the characters belong are “pathologically un-self-aware,” tells Ludovica that “you’re only good for hailing cabs and booking flights that expand your carbon footprint,” and asks “why do all these rich kids want to be film directors? And why do they never stop trying?” Her narration does not, in other words, palm off the individual foibles of the rich as the basis of some spurious moment of transcendent human empathy; instead, we are made conscious of the characters as members of a group, whose mores they follow. They exemplify the “slash career” dilettantism of today’s transnational leisure class in their vacillation among various prestigious jobs, as with Sergio, a graduate student in philosophy who turns into a literary agent by way of a stint as a rapper’s tour manager. They all speak an amalgam of Italian and English; the novel pinpoints each variation in accent and speech pattern within a social taxonomy. And they inhabit a fantasy version of New York, which they perceive through filmic images of the city from the heyday of American cultural ascent, against which the comparative global decline of Italy is contrasted.

Not that the novel always assumes this critical distance. Pacifico sometimes seems entranced by the world he describes. At its worst, the book perpetuates some of the same cultural tendencies it criticizes. Class occasionally drags as it follows its characters around New York, with Pacifico’s prose reduced to a running list of brands, street names, and party playlists whose empty eclecticism flattens divergent genres into some cultural capital investment portfolio (“Arab hip-hop, noise, calypso, grind, Itali anni Sessanta, italodisco”). These passages are Twitter-like in their graphorrheic accumulation of incidental detail. Their monotony is broken up by a number of outlandish sex scenes. Pacifico seems to intend these as a comment on American repression. Hence a scene where Berengo criticizes James Murphy for the way he depicts sex between the characters in his novels: “You never have them enjoy it and just leave it at that. There’s a conflict or anxiety or regret every fucking time! It’s like you don’t know that there’s actual pleasure in the world. It’s really puritanical.” Similar arguments have been made over the years about Murphy-like novelists such as Jonathan Franzen; no one could make such accusations against Pacifico, whatever else could be said about him. He questions these writers’ pretensions to universality and the transcendent perspective they claim: Berengo goes on to ask Murphy, “how can you believe you’re speaking to ‘human beings’ with your books, to real people, if a European who reads them has to put aside everything he knows about pleasure in order to adhere to the abstract ethics of your cosmos?” But Pacifico’s own writing sometimes resembles the kind of American lifestyle journalism that endlessly conjures visions of credentialed young people pullulating in the disused industrial buildings of “up-and-coming” urban neighborhoods, their encounters enabled by innovative devices made from rare earth minerals.

Still, Class’s treatment of its social world is frequently astute. Like their American counterparts, the Italians in Class subsist on family money. The novel catalogs these transactions in great quantitative detail: a €50,000 inheritance, €5,000 contributed to a pension fund, a €2,500 monthly transfer into a checking account. Pacifico also traces what he refers to as “the informal feudalism that reigns in so many Italian institutions”: the connections through which jobs, grants, and internships are secured. He situates these dealings within a history of larger ones, like the “tangentopoli” scandal that gripped Italy in the 90s. These arrangements create destructive psychological effects. Although the characters are in search of “personal fulfillment,” they suffer panic attacks and recurrent visions of death. Most of all, they form morbid dependencies that stunt them. In the first instance, these are with their families, whose wealth insulates them from chronic postrecessionary joblessness at the cost of living a protracted childhood; by the end of the novel, many of the characters are back at home in the same “bourgeois torpor” (as Daria puts it) that they wanted to escape. They go on to form similar attachments with others. Pacifico describes these as following “a pattern of domination: the stronger personalities over the weaker ones,” something that takes different forms in the novel: the male characters’ misogyny, Tullio’s household authoritarianism, and the only semi-ironic embrace of fascism by some of the Italian hipsters in the novel (a political tendency that will be familiar to American readers from Gavin McInnes’s shift from Vice editor to reactionary ethnonationalist).

This is a fascinating psychosocial analysis, one that avoids and even challenges ideas of universal commiseration through fiction. In one remarkable scene, Daria offers a harsh critique of James Murphy, who she says is:

the champion of literary empathy; these modern Americans are so good at making the reader feel human — they think literature connects us all. They became important under George W. Bush…emerging as an antidote to his regime, so now they feel obligated to provide a model of absolute virtue at all times to suppress every individual interest, to avoid every class vice. Thus they convince themselves and their readers that they have no class vices at all, even as they get big grants from billionaires who indulge them with one hand and take from the poor with the other.

Moments like this are the best parts of Class. They show that American culture today has transfigured the perspective of a leisure class into a horizon for all human experience. The whole project of dispersing empathy through fiction has thus been hijacked by those who will never want for any. It has become nothing less than an upward redistribution of emotional resources. When Class succeeds, it is a welcome and politically charged corrective to such dissembling of real inequality.