His Master’s Voice is Calling Me 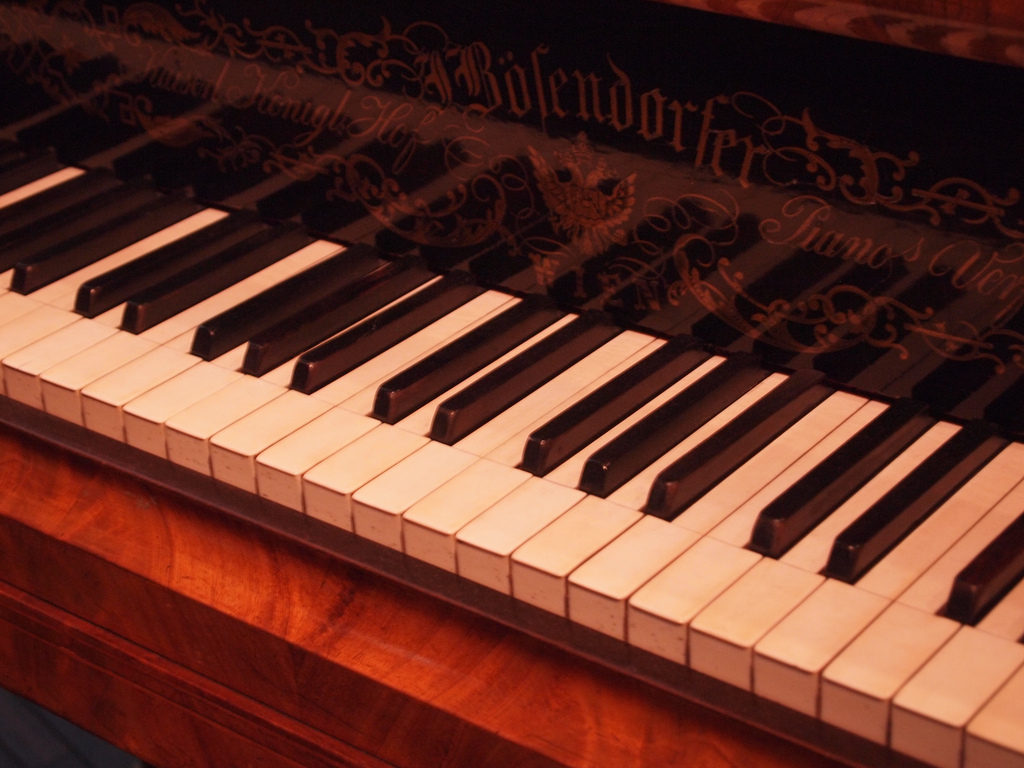 Here and there in William Gaddis novels, precariously concealed like undisposed WWII ordnance under a London street, are references to Johannes Müller. According to Alexander Buchner’s Mechanical Musical Instruments, “Johannes Müller the physiologist [1801—58] tried to produce a melody by blowing through a carefully prepared larynx in which strings and weights replaced muscular action. To save fees demanded by living opera singers, Müller suggested that opera companies could buy the larynxes of dead opera stars; after proper treatment the larynxes could be made to sing the most beautiful songs and arias…” Were Müller’s gruesome vision ever to come to fruition, I imagine it would have been something like a scene out of Hellraiser—an aesthete’s vision of the underworld with overt S&M motifs. The famously dissonant chord at the end of Strauss’s Salome being ripped from the reanimated flesh of a symphony of corpses by thousands of tiny metal hooks and chains.

This is the repulsive image that came to me during the title sequence of HBO’s Westworld the moment when the artificially created hands—sickeningly white tendons and bones—pull away from the piano and the yet the keys continue to hammer down. The song goes on. The piano is playing itself. The music is pre-programmed. We’re listening to mechanical ghosts.

Westworld is a show based on a movie based on the very ancient fear that our creations are beyond our control. In an expensive playground created for rich people to explore violent and often sexual debauchery, the life-like machines begin to cross the threshold into exhibiting signs of actual consciousness. Having passed the Turing test as a prerequisite to even working in the park, the “hosts” in Westworld prove their independence (according to the logic of the show, this is what it means to be fully conscious) by ignoring the most basic programming rules embedded in their systems. In other words, by hurting humans. The Golem/Frankenstein problem of violent, out of control creations is usually diagnosed on a spectrum ranging from the anodyne “we just need to program them better” to the catch-all metaphysical injunction to not “play gods”.

What gets lost in the shadow of such huge moral considerations is the player piano and what it symbolizes for a society locked snugly in the candy jail of consumer capitalism. What does it mean to create machines that “art” for us? What have we lost spiritually in the mechanization of performance? What dissipates in the perfection of mass distribution? Here Gaddis looms from beyond the grave, his social critique precariously buried under pounds of pages and serving as a kind of memento mori to the collective spiritual death that results from outsourcing our creativity to machines.

William Gaddis came from a long line of musicians. Relatives on his mother’s side wrote books like The Inductive Note Reader and Nature in Song. They taught at Juilliard and founded a school of music – the Ernest Williams School of Music in Brooklyn – after moving East from the Midwest. They had a family orchestra. By their example Gaddis was taught the values necessary to creating art. Discipline. Study. The cultivation of nuance. The risk of failure. All things that technological reproduction of the arts renders anachronistic. Joseph Tabbi writes in his study of Gaddis, Nobody Grew But The Business, “…technologies of control, whether they appeared in the player piano roll or its offspring, the punch cards of an IBM computer, were fast removing chance, nuance, and a certain noise and ambiguity necessary to human expression and togetherness.”

But also criticism. What was there to criticise or interpret? Or, more radically considered, the artist being a sort of interpretive membrane between the pure Platonic idea of the art and the senses of the audience, the player piano (also diminutively referred to as the ‘pianola’) delivered a pure and undiluted injection of art unsullied by human imperfections. German critic H.H. Stuckenschmidt (a name Gaddis might have invented himself) clicked his heels together in the air with the joyous declaration in 1925 that “the role of the interpreter belongs to the past.” That he wasn’t entirely right is obvious. Interpretation of music as part of mass culture (remember here that the player piano and radio replaced sheet music, the human ear, and family bands) isn’t dead, but one only has to watch someone “shredding” on Guitar Hero to bare witness to its wheezing, sallow body hunched over a last will and testament.

Gaddis recognized the importance of the player piano early on in his career. He published an essay about its significance in The Atlantic Monthly titled “The Secret History of the Player Piano: PLEASE DO NOT SHOOT THE PIANIST HE IS DOING HIS BEST”. In it was a distillation of themes that ran like veins of glittering ore throughout all of his books, especially the theme of the “false democratization” of the arts. If Benjamin noted the loss of aura in reproduced works, he also anticipated its greater entanglement with praxis. An optimistically Hegelian take. The more cynical Gaddis saw something else happening. A denouement. A decay. He writes in his essay about the decline of art into “usefulness”, about “democracy’s claims devouring technology’s promise, banishing failure to inherent vice where in painting it remains today…” Art becomes a product. It becomes therapy. It becomes sociological catalogues of oppression. Jack London stomps down the street screaming “Give me the fact, man! The irrefragable fact!” E.L Thorndike tests his educational theories on chickens. “The elimination of failure through programmed organization,” Gaddis writes, “the player emerged as a distillation of the goals that had surrounded its gestation in an orgy of fragmented talents seeking after the useful…Rockefeller…Pullman…Woolworth…Morgan…Frick…Gibbs…Comstock…Freud…Dewey…a frenzied search for just those patterns of communication and control…”

Gaddis wanted to write a full-length nonfiction book about the secret history of the player piano in America. The Atlantic essay was to serve as the introduction. In the esteemed lineage of books that were nearly written or stillborn, this loss is the most bittersweet. It would have stood alongside anything Benjamin, Neil Postman, Marshall McLuhan, or Elizabeth Eisenstein ever wrote about the mechanization of the arts. Judging by notes and letters and fragments, the book would have traced the history of the player piano rolls, the wax cylinders which contained the “data” of the song, as they transformed into IBM punchcards—facilitating the moon landing and the Cold War. The punch cards become silicon chips. The computer becomes the player piano. Control is streamlined and digitized.

The book never happened. Instead, Gaddis wrote the posthumously published Agapē Agape—a thin novel told from the perspective of a dying man about his obsession with the player piano and the mechanization of the arts. It’s as much a thinly veiled autobiographical screed as a novel. And then there are those two words sharing the title of his essay: AGHA-PE A-GAPE. The first word of the title is Greek for undying, unconditional love. For obvious reasons, you usually only see it in theology these days, where taxonomies of love distinguish it from philia and especially eros. Because in a purely mechanized world denuded of metaphysics, all types of love decay into the physical act of sex. The irrefragable fact. Gaddis himself defines agapē as “that natural merging of created life in this creation in love that transcends it, a celebration of the love that created it.” A love usually only associated with God the creator. A love that the creator feels for their creations. A love that’s lost in mechanization.

In Westworld, the player piano made more appearances than just the title sequence. Every new “day” in the park would be announced by the spinning of the player piano roll. The keys jingle. Action. But there was something more demonic in its repetition than people writing about Westworld realized. The player piano itself was a synecdoche containing far deeper meaning than the themes of the show or the vision of the director or Michael Crichton. The dead notes of its pre programmed “performances” sounded the death knell of a culture of private creativity and the birth of a tightly controlled consumer culture selling vacuum-sealed simulacrums of art. There is possibility of failure in the sullen repetition of this stationary utopia, where the apex of our banal technological ambition “finally spread[s] itself out into an apparently stagnant sea.” Each note is disappointingly perfect.

Scott Beauchamp is a writer based in Maine. His previous work has appeared in the Paris Review, Bookforum, and The Guardian, among other places.