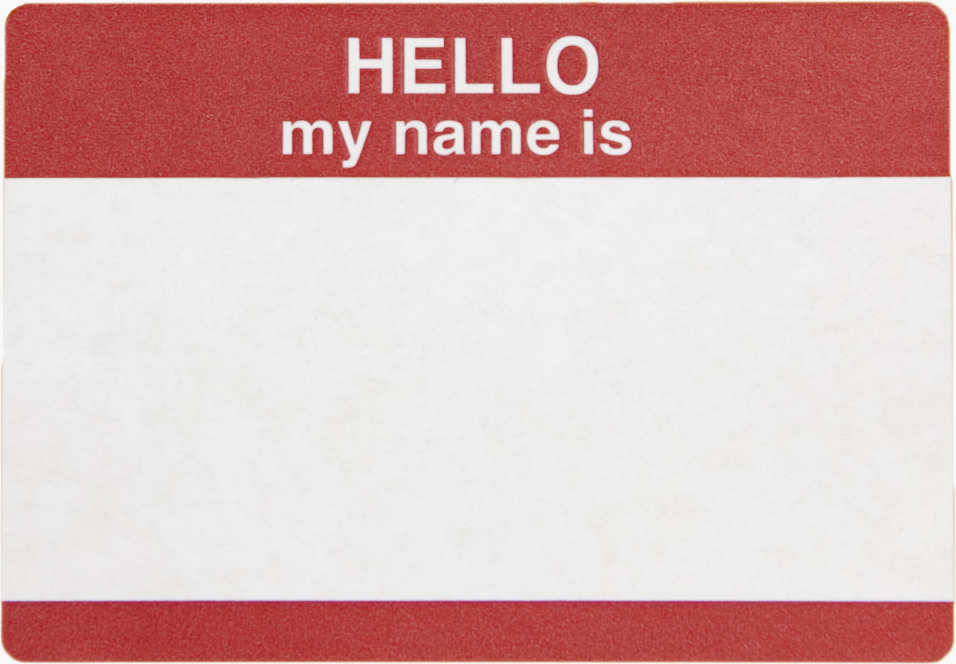 Names have power in fables. Learn the name of Rumpelstiltskin and you’re freed from a lifetime of turning straw into gold; name a pain and it doesn’t disappear, but it becomes manageable. “I hurt.” “Where?” Name a thing (land, patents, trademarks) and it’s yours. Names define, they decree — think lineages, Jr., Sr., I, II, III. Names denote and demarcate; a name separates an individual from the masses; makes one a person rather than a statistic. A name is specific, sacred, even — perhaps especially — to the irreligious.

I have two names, one which I use and one which I don’t. (This is a simplification, names are multitudinous.) The full version on my birth certificate reads: Larissa Ngan Trang Nguyen Pham. I write under the first and last of these names; hold the others close to my chest. These names of mine are too many characters for a state ID; too long for most web fields, and hard to pronounce beside. Most people don’t know these names exist at all. 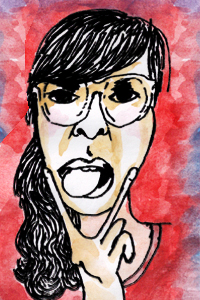 When I was young, I was fascinated by names and their purpose. My parents, for some unfathomable reason, kept the paperback book of baby names my mother, I imagine, flipped through through her two pregnancies, lying on our saffron-colored floral couch with her feet up. The book was terribly banal and full of good American names of the ’90s I’m sure. Still, I was intrigued by how each name had a meaning―like a word but better because you wore it all the time. Part of me suspects I was practicing creating characters, prior to the time when I would eventually write fiction; but the better answer might be that I was intrigued by the idea of a defined identity, a thing that described you before you could describe yourself.

Briefly, a list of laments: the immigrant kids who alter their names to make them more palatable to American tongues, picking monikers like Tiffany or Grace. The kids who get teased for names like Phuc or Dung or Hung. The kids who squirm under the gaze of the teacher who mispronounces their names during roll call. Names express. Names are the first glimpse, they shine a light on the rest of an identity — however complicated.

I’ve never truly felt comfortable with my given name, which among other things marks me as a fairly recent hybrid, an Asian-American child of the diaspora. “Larissa” is mellifluous; ethnically ambiguous―the three other Larissa’s I’ve met are black, Latina, and white, respectively. On me, it’s a Greek name with a Russian spelling rolling off an American tongue, worn by an Asian girl who was born and raised in the States. It’s a name that says, “I was born here, but I was the first.” And yet I’ve never felt it suited me, the hard R and double S, preferring to crouch under the auspices of shorter, androgynous nicknames like “Lars.” But it is my name.

A surname, too, carries its own weight. “Pham” is the thing that tells you where I’m from, as legible as any other aspect of race. It’s the thing that means you can glance at my byline and gather, however briefly, who I am, who I might be — I don’t have to disclose my race to you, nor can I avoid it, in the same way it’d be impossible for me to hide my race from you on the street. Together first and last signal me as a hybrid, first-gen, the kind of person who might have two language keyboards on her phone but speaks fluently in only one.

This week, it emerged that Michael Derrick Hudson, a white male poet from Indiana who — after 40 rejections under his own name, and 9 under Yi-Fen Chou’s — somehow managed to end up in this year’s Best American Poetry anthology. This is disturbing and weird and wrong, that a white man thinks he can put on another identity like a costume. Yi-Fen Chou is a Chinese woman’s name; a name that would be held — one assumes — by someone who might look more like me than Michael Derrick Hudson. (It hurts more because Yi-Fen and I, were she real, would probably have a lot in common.)

There is nothing wrong, really, with changing one’s name or adopting a pseudonym. It can be powerful: the act of naming one’s self. Asserting agency because we are not granted that one decision at birth. Or not using a name at all: many activist artists ditch names in favor of anonymous collectives — Gran Fury and the Guerrilla Girls are but two examples. Other people change their names for a variety of reasons. A friend of mine legally changed her name to include the maiden name of her mother. Frequently, trans individuals legally change their names to reflect their gender. These name changes are important and meaningful — they add, they elevate, they make more true.

But historically, names have also changed for sinister reasons. In America, from 1790 to 1920, indigenous peoples across the country were forced into assimilation, Europeanization; given different names to erase their culture’s past. Good Anglo monikers to bleach out the Other. During the Holocaust, concentration camp prisoners were assigned and tattooed with serial numbers. When you change what a person is called, you rewrite a part of them. This is the part of them that faces the world. It is the part of their referent that is not “I” or “me.” It is not insubstantial.

When I was an art student, a (white, male) friend of mine suggested that I exhibit under my Vietnamese first name. Art is not distinct from identity — do not believe anyone who tells you otherwise — and, he told me, I’d get more attention as someone who was conspicuously Not White. I made work about identity and race, so why not, right?

But I’ve never felt close to the name Ngan Trang. Technically speaking, it’s part of my first name, which would balloon across the boxes allotted on voter registration forms if I bothered to use the entire length of it, letters running down the side of the page. It’s the name by which I am called when I am in Vietnam, where I haven’t been in almost a decade. Other than that, it’s my unwieldy other-side. The part that doesn’t fit on the byline.

But that’s not me, I told him. Why not? It’s not me, I said. I needed to represent my dual identity. To make work under my Vietnamese name — as though such a binary really exists — would be as untrue, as duplicitous, as making it under a pseudonym.

I don’t really care about what Sherman Alexie said regarding his decision. He was put in a difficult position and I feel sorry that he is taking the flack for what was mostly an act of violence committed by, surprise, a white man. Mostly, I am angry.

I cannot ever — ever — remove my race. I cannot erase my names, even if I choose not to use them; I cannot erase my features, or my skin, or the whole history of me that begins with an airlift out of Saigon in 1975, and before that, even. My race will out me in the end. By taking a name, an identity that was not his, and flippantly — so flippantly — explaining his reasoning for it, MDH committed an act of violence. He stole. He lied. He took something, something he could use and discard and twist to meet his own ends.

I don’t think he realized what power he was asserting, what violence he enacted. And for that I am upset that I have bothered to know, that I must know, after all this time, his name.