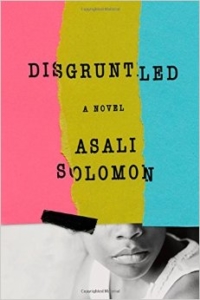 Trey Ellis’s Platitudes begins with a geeky teenager waking up in his bedroom. He’s surrounded by model rockets and college pennants from Caltech and MIT. He lives on the Upper West Side of Manhattan. He has no real politics to speak of. He heads downstairs to eat his morning Cream of Wheat and sees his mother in the kitchen. She is “neither fat (her breasts don’t swell the lace top of the apron she has never owned), nor has she any gold teeth. She cannot sing, nor is she ever called ‘Mama.’” She works in public relations and plays tennis, apparently pretty well.

Earle Tyner, the geeky teenager, is the protagonist of the novel within the novel Platitudes. Dewayne Wellington, the aspiring novelist writing Earle’s story, is struggling to write a book about black characters who don’t come from slavery, aren’t Southern, aren’t political, aren’t poor-but-proud. Another novelist within the novel, Isshee Ayam, polices Dewayne’s attempts, rewriting Earle as the clichéd predatory black man subjugating the already subjugated black heroine. Through all these layers, Ellis raises the question of how novels by African American authors can move beyond issues of Blackness. Platitudes answers the question in its very existence.

A few years prior to Platitudes, Andrea Lee collected her New Yorker short fiction into the novel-in-stories Sarah Phillips. The eponymous protagonist is a black woman from an upper-middle-class Philadelphia family. At the beginning of the novel, she is in France in the ’70s, in a sexually open relationship with a group of artists and revolutionaries. The stories from there move back to Sarah’s childhood, her adolescence, her time at Harvard, and the small moments that make up a her life. When Richard Linklater’s Boyhood came out this past fall and critics asked, “Where’s the black Boyhood? Where’s the Girlhood?”, I wanted to point them to Sarah Phillips. It’s a great novel. Someone should take twelve years to adapt it into a great film.

I go back to these two novels three decades later because they seem to be the works that paved the ground that Asali Solomon covers in Disgruntled. Like Sarah Phillips, Disgruntled’s protagonist Kenya spends most of her formative years in an upper-middle-class Philadelphia suburb, navigating the pressures of an elite private school education. Like Earle Tyner, she is geeky and apolitical. Like Sarah and Earle, Kenya spends most of her formative years in multiracial groups and feels disconnected from abstract notions of blackness. Similar geographic, racial, and socioeconomic issues permeate all three novels.

Even so, Disgruntled is its own novel. It tells the story of Kenya Curtis, an awkward young woman from a family of black revolutionaries. Her mother Sheila is a librarian. Her father Johnbrown is a housepainter and philosopher working on a treatise called The Key. They meet with other black revolutionaries who call themselves the Seven Days, doing what they can to help the local community. Their political stance makes Kenya a bit of a target in the sense that she’s the only one at her school who doesn’t believe in Santa Claus, who celebrates Kwanzaa, and who doesn’t go to church. Her classmates at public school pick on her for this.

She’s saved from public school when her parents divorce. Sheila takes Kenya and moves in with Johnbrown’s wealthy mother (Grandmama) until she gets on her feet. Grandmama gets Kenya into an elite private school. From there, the novel traces Kenya’s gradual acculturation into the bourgeoisie.

Kenya is almost as much an outcast at the Barrett School for Girls as she was at her public school. She has more friends at Barrett (three) than she did at the public school (one), but she doesn’t much like them. She doesn’t really open herself up to anyone in her life. Her mother and grandmother are treated like a nuisance. The suburban white kids she surrounds herself with commit numerous racial micro aggressions, but they’re not nearly as mean as the black kids back in the city. Life to Kenya seems generally irritating, but nothing too dangerous or tragic or tense or shattering. She does a good job of insulating herself from the outside world. This ensures that not much happens.

While Kenya’s isolation may be a common survival strategy, it’s not great fodder for a novel. Things do happen in Disgruntled. There are a couple of dramatic scenes. I hesitate to mention what they are, lest I ruin the high points on an otherwise flat novel. And even as high points, Solomon keeps Kenya and the reader at such an emotional distance from the events, we miss the impact of them. This is a deadly combination. If you’re going to write a quiet novel like Disgruntled, one that avoids any real drama or plot, you need to have a very engaging main character like Sarah Phillips, one whose dynamism or desire or curiosity or whatever compels the reader to keep reading. Novels can be about the small moments that make up a life or a person; the author just has to make us care enough about that character to make us care about her small moments.

Solomon does write interesting characters. They’re not her main character, though. I’d happily read a novel about Kenya’s mother Sheila, who clawed her way out of a Philly housing project, established herself as a professional, dedicated years to positive political activism, survived a couple of ill-advised long-term relationships with men who drained her emotionally and financially, and found the resilience to rebuild her life every time it came crumbling down around her. Sheila is funny and strong and intelligent and complicated. But both Kenya and Solomon seem annoyed by her. Kenya’s father Johnbrown is a jerk, but he’s an interesting jerk. For all his intelligence, he’s more passionate than he is smart. This leads him into some tangled, dramatic messes. Almost all of these happen offstage. I’d love to see them. Instead, Disgruntled sticks mostly with Kenya’s perspective. As I should have guessed from the title, Kenya is nothing more than disgruntled.

I hadn’t thought much about that emotion until reading the novel. Since it’s Kenya’s go-to feeling, I spent a few hundred pages locked in this disgruntled world. I saw how conservative of an emotion it is. To be disgruntled is to reject the anger or passion needed for change and to instead find a comfortable place of fear and misery and to wallow there. So this novel wallows. There’s also a sense of entitlement folded into being disgruntled. You have to feel like you deserved more and didn’t get it. This can be incredibly troubling when the character is given so much, yet can only feel grumpy that she wasn’t given more. Kenya’s reactions toward the end of the novel showed me a bit of what is wrong with disgruntlement.

As she finishes her education at Barrett, Kenya considers her college options. Though she’s ranked in the middle of her class, she feels entitled to an upper crust Ivy League institution. She looks down on her classmates who get into lesser schools like Boston University. She chooses a Seven Sisters college. When dramatic plot events occur and create obstacles to her attendance at an elite private college, she pouts, throws tantrums, and waits for someone else to solve her problems. Surely, she seems to think, someone should pay for her private schooling. Surely it shouldn’t be Kenya herself. On a personal level, this bourgie elitism kills me. I work at a state university where most of my students don’t have the socioeconomic luxury to pull a spoiled-brat act like Kenya does. They come from public schools where even the valedictorian can’t get into a school like Boston University. They have no one to bail them out when life gets difficult. If they encounter financial obstacles, they have to come up with solutions on their own or the rest of their lives become a miserable struggle. In most cases, they get jobs and pay their own way through school. I recognize their situations because I was in the same boat at their age. Kenya has such a life of ease that state schools don’t even factor in. She doesn’t look down her nose at them because she doesn’t see them at all. Instead, she sulks. She never acknowledges all the advantages she’s been given or takes personal responsibility. She grows older but doesn’t grow up. She ends the novel as disgruntled as she begins it. Maybe more so.

I end the novel wondering why Solomon chose to expend so much time and talent on a character who is not particularly compelling. If the goal was simply to explore this emotion of disgruntlement, she would’ve been better served gaining a bit of distance from Kenya’s perspective. The narrative is written in the third person. Solomon had the opportunity to drift into Johnbrown’s perspective and let him reflect on his daughter who has embraced the world he rejected, only to find the same misery that led him to that rejection. She could have given more time in Sheila’s mind, let the reader understand what it would be like to work so hard, accomplish so much, give that to your child, and be repaid with feelings of entitlement rather than gratitude. Solomon could’ve simply pulled back a little from the limited omniscient perspective and reflected herself or given some indication why the reader should follow this grumpy little girl through her unremarkable adolescence.

The book had a lot of promise in the beginning. Solomon is a very skillful writer. The fact that it calls to mind both Platitudes and Sarah Phillips — two novels that I love — speaks volumes. The time and place of the novel are very interesting to me, too. Kenya’s parents were black revolutionaries at the time when the Philadelphia Police Department engaged in open warfare against black Philadelphians. The novel begins in 1983, right around the time when Mumia Abu Jamal would’ve been getting his death sentence for shooting PPD officer Daniel Faulkner. Johnbrown and Sheila are at the height of their Seven Days activities when the PPD firebomb the MOVE compound. This is ripe fruit for a disgruntled novel. Solomon does not really pick it. Abu Jamal isn’t mentioned. The MOVE firebombing, like other dramatic events within the life of the characters, is narrated briefly and from an emotional distance. This could be Solomon’s point: that we’re emotionally divorced from the struggles of the past, that a generation of black revolutionaries has been replaced by spoiled children. I doubt even that to be the case. There’s just not enough in the narrative to point the reader in this direction.

Instead, we have a novel that remains essentially flat. I’m not demanding that it be about politics and the unique political moment of Philadelphia in the ’80s. I’m not suggesting it has to show us something about race or define a “black experience.” One of the things I love so much about Platitudes and Sarah Phillips is their deviation from standard narratives and standard protagonists. What both of those novels have and Disgruntled lacks are dynamic protagonists who face interesting obstacles and confront them. Earle and Sarah have passions and desires that compel the reader to see what happens next. Ultimately, that’s what Kenya lacks.