“There are questions we could not get past if we were not set free from them by our very nature.”

— Kafka, in an unpublished fragment.

“Why can’t we stay closed up inside ourselves? Why do we chase after expression and form, trying to deliver ourselves of our precious contents or ‘meanings,’ desperately attempting to organize what is after all a rebellious and chaotic process? Wouldn’t it be more creative simply to surrender to our inner fluidity without any intention of objectifying it, intimately and voluptuously soaking in our own inner turmoil and struggle?” These questions, taken from the Romanian philosopher EM Cioran, remind us that the interview form can be as difficult, challenging, and full of perplexities as any other literary endeavor. They would be the kinds of questions — serious, probing, philosophically rich, even knowing given the right interview subject — that would not be out of place in a Full Stop interview. Over this past year we have featured conversations of an astonishing range: a National Book Award winner on war fiction as the literary genre of our contemporary moment, a French philosopher on peripatetic thought, a veteran reporter on the unwinding of the the American Dream, a Palestinian filmmaker on hope in the post ’67 Middle East, and an American translator who has turned her energies to translating the literature of the Greek crisis. We even talked to the lead singer of the Pixies! It is with great pride that we present these interviews, which show that “desperately attempting to organize what is after all a rebellious and chaotic process” is worth the collective effort.

If you would like to see more interviews like these, please consider donating to Full Stop to help us pay more talented, emerging writers. 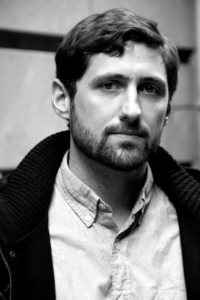 It’s hard to talk about the canon of war literature because it’s so broad. We’ve been writing about war a long time, and there are as many ideas in the culture about war as there are about love, or religion, or any other part of the human experience. I don’t always separate it out. Anna Karenina and War and Peace are thematically much closer, for obvious reasons, than the poetry of Tyrtaeus and Wilfred Owen. And some of the books that have spoken to me most eloquently about experiences common to war are from books that aren’t about war at all, like Joseph Conrad’s Lord Jim. I think you’re right about there being a lot of really interesting war writing appearing. It makes sense — we’ve been at war as a nation for well over a decade at this point. 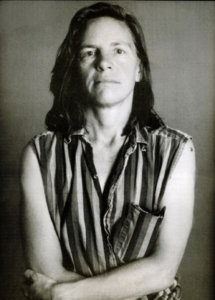 What I’ve done is made up a language that I write in. It’s a kind of patois of working class speech, poet speech, intellectual patter, and whatever sticks. It’s a swift first-thought, best-thought language and I’ve learned over time to churn it out for other jobs, like an art review or an essay about an artist. When I discovered that a story could go someplace and talk about how it feels, and a novel could be lots of other kinds of writing patched together — that you could just say this is a novel and it would be true because the artist is the arbiter, then I could pretty much write my own ticket. 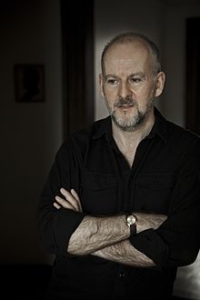 For people of my generation especially, and I think this may still be true, music was the gateway to literacy. A lot of what I read, I read because of Bowie. You listen to Diamond Dogs, and you realize he’s thinking through William Burroughs. So you wonder, “Who’s this guy William Burroughs? I should read him.” It was the same way that the first I heard of J.G. Ballard, which was “Atrocity Exhibition” (the first track on the last Joy Division album). For working class English boys and girls, it was an avenue to a world of letters. I don’t think that’s fully understood. The book is polemical in the sense that this area of activity, pop music, is just not taken seriously. It doesn’t have a discourse that gives it its due, gives it its place. We have great discourses around literature, but around pop music all we have is a sort of dumbness. Bowie is the most important artist of the last number of decades, and he made pop music, and it was fucking amazing. We need to take that seriously, much more seriously. 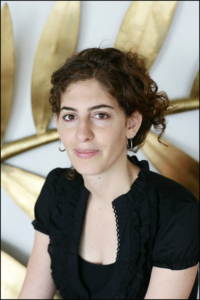 I never go beyond ’67 in the film. We know what happens next, but that’s another story. Not to be nostalgic about the ’60s, but the hope that existed then is I think still possible and we should always strive for it. I’m very moved by people that I know who have led the most difficult lives — have been in prison, severely tortured — who are full of that hope. I don’t consider hopefulness to be a naïve thing or just for the young and the idealistic. The people I respect the most are people that have survived some stuff and they have this hope — that is what they have found. 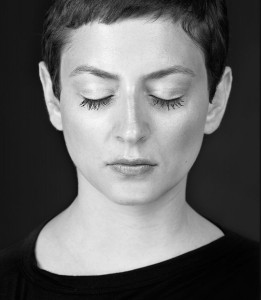 I can’t explain it, but sometimes when I’m writing I can feel it, I’m inside of it, and it can become quite musical (I listen to a lot of modern compositional music when I write) and I can let myself be quiet, and it feels glorious. But I also wish to have the rant — that’s what Walser does so well — these quick moments of fury or violence. It is a textured thing. But I think it’s also giving yourself permission to write the work, to overwrite it, and importantly, giving yourself permission to let the work sit for as long as possible. 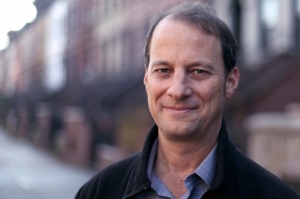 I think millions of people simultaneously becoming aware of a wrong state of affairs, a bad social arrangement, does not immediately translate into tools to remedy it. First of all, we don’t have the structures that traditionally have repaired or averted threats to our democracy — which is what I think this is. We don’t have a functioning Congress. We don’t have a public school system that gives citizens what they need to be active citizens. We don’t have a court system that understands that equality remains an elusive goal. We don’t have a media that knows how to focus on something like this in a way that actually informs people, gives them the information they need. 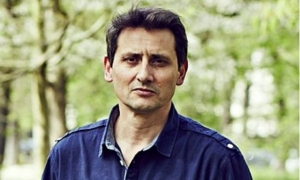 Philosophy has become more and more, since the fin de siecle, an exercise in commentary, reading in the archives, etc. The great philosophers of the 20th century like Derrida, Foucault, and Deleuze were above all great and prodigious readers. But one effect of all this reading is to exhaust certain philosophical conceits. Walking permits you escape the world of culture, the world of the library. This is to say it can lead you to ask questions of time, or the body, or space, but without reference to the text. The point is not that walking makes us more intelligent, but that it renders us more available to new ideas. We have left behind commentary, refutation, recopying, we are no longer prisoners of culture and books, but have simply become open to thought. Walking renders us more receptive to thought. When you work in a library, there are so many books, and culture, which normally is a condition of thinking, now becomes an obstacle, and this receptiveness to thought itself is the definition of philosophy. “How vain it is to sit down to write when you have not stood up to live” wrote Thoreau. The roots of writing have to be experiences more than readings. 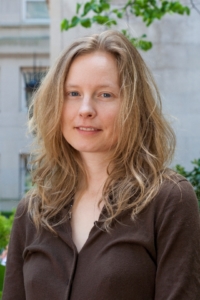 I translate for so many reasons. I translate, first of all, because of the enormous pleasure it brings me. I translate because I read things that I want to share. I translate as a form of argumentation, and as a form of activism. I translate far more women than men, as one small gesture toward correcting the gender imbalance in the publishing world in Greece and in the U.S. I translate because I want to have certain experiences in the classroom with my students, and there are conversations that can only take place if they have access to the books or essays or song lyrics that I have access to. I translate out of friendship and out of respect. Recently I’ve been translating a lot of shorter texts out of anger and worry, too — particularly to make certain materials from the Greek far right accessible to my American students. I think the only reason I couldn’t honestly mention is translating for money: that’s never a motivating factor, because I don’t make enough from my translations for it to make a difference in my decision whether or not to take on some particular project. This, in my view, is a major problem for the field of translation. 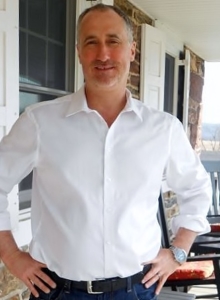 One of the little blurbs Mark Fisher gave me for the book was “invigorating pessimism,” which may be my favorite. I think you are right that within at least the [educational scholarship] milieu, I’m not sure I’d say all academic milieus, there is this activist aura. The expectation is that there should be uplift of some kind, and if you don’t provide uplift or the psychological comfort of giving someone something “positive” to do in response, people reject your argument. In fact I talk about this in the book, it’s almost an argument from psychology: “You made me feel disempowered. You made me feel bad about things and made it difficult to figure out what I could do personally to better things, therefore your argument is wrong.” I think on reflection anyone would recognize that that is a bad argument and maybe we are fucked, it’s completely possible. Maybe there are structures that are more powerful than individual agency, or even collective agency to overcome in certain situations. 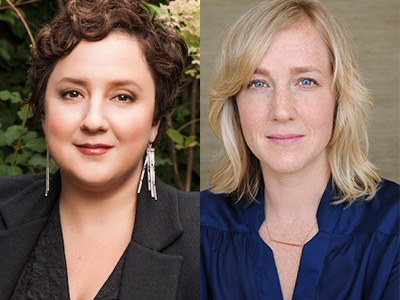 JF: I was playing with the apocalyptic implication throughout the book, because I feel like parenting is one of those few experiences where beforehand, you really can’t imagine what your life is going to be like. And people spend so much time trying, but you don’t know what kind of child you’re going to have, what their personality is going to be like, or what you’re going to be like as a parent. But I think what Edan’s saying is so true. In a figurative way, it is like an end of days, and I also wanted to use that hyperreal obsession with the apocalypse to show the very fearful thread that runs through contemporary parenting, which is due to a lot of things, like having too much information on hand, too many extreme parenting philosophies, not enough support. Especially if you’re raising your kid in a city, most likely you went to that city because you left your hometown — and we have no support other than babysitters. So I wanted it to act as an allegory for a certain kind of anxious parenting effect. It was really fun to write about, too.

A History of My Brief Body – Billy-Ray Belcourt