All the Good Stories Are Real 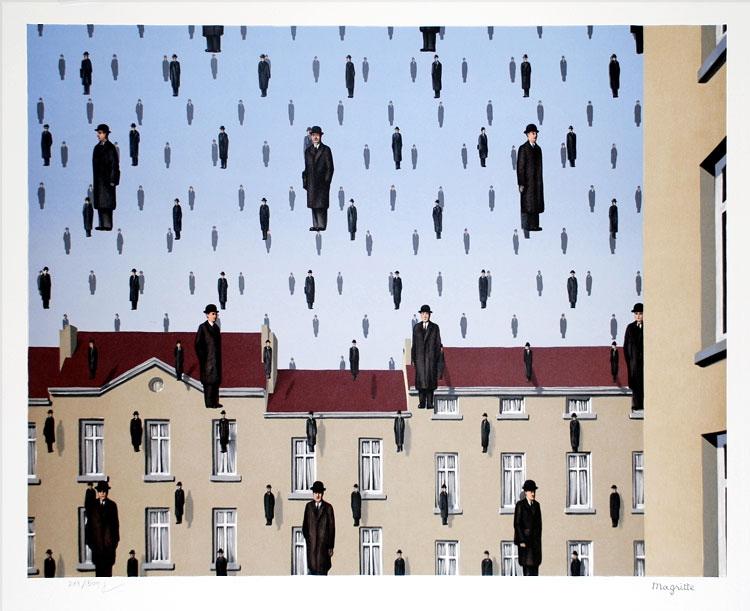 In the past two decades, there has been a surge of popular female authors publishing works of magical realism. In the stories, we find characters with regular human conflicts: a man is amazed by, but also a little jealous of, his wife’s first pregnancy; a ten-year-old girl is attuned to the quiet anxieties of her family; a masseuse develops an unprofessional attachment to a veteran. But then, there’s more: the covetous husband grows a set of drawers in his chest (Ramona Ausubel); mysterious items start showing up in the girl’s house (Aimee Bender); the masseuse discovers she can suppress the veteran’s painful memories by rearranging the tattoo on his back (Karen Russell). The uncanny elements in these stories draw their real conflicts out, making them all the more palpable. In these new stories, patterns are beginning to emerge.

In an interview, Aimee Bender said, “I like how folk tales are often called old wives tales and so there’s a history of these kinds of storytellings coming, often, from women. Not necessarily old, not necessarily wives, but something, at root, in the feminine. I do think it’s a bit of a movement!”

Right before the turn of the century, Bender published The Girl in the Flammable Skirt (1998), followed by Willful Creatures (2005), and The Color Master (2013). Russell released St. Lucy’s Home for Girls Raised by Wolves (2006), and Vampires in the Lemon Grove (2013). In 2011, Tin House Books published Fantastic Women: 18 tales of the surreal and sublime from Tin House, which featured Bender, Russell, and many other female authors writing in the genre. Several magical realist novels have also emerged, by all three authors noted here, but it’s in the short story that the genre has taken its strongest root.

The protagonists in this new batch of magical realist stories are, for the most part, contemporary women and men (there are, of course, exceptions, such as Russell’s “Children’s Reminiscences of the Westward Migration”). In a Los Angeles Review of Books article, Jordan Larson described the contemporary female magical realist aesthetic as such: “The many twists on these plotlines add up to a veritable realism lite: for many of these writers, the strange and magical act as superfluous toppings drizzled over what would otherwise be considered realistic and humanizing depictions of middle-class American life.” But I don’t think that’s entirely true. In most cases, and in those of Bender, Russell, and Ausubel in particular, the magical realist elements are linked to the emotional core of the story — they are what propel it forward. What many criticisms of the genre imply is that magical realism is somehow less serious literature, that the use of magic in these stories is frivolous, that they could not possibly say something as true, or as important, as stories set in our own world.

But the very best thing these stories do is illuminate the way in which the real and imagined are always in dialogue with each other, whether it be through our fantasies, our nagging fears, or the clash of our expectations with reality. After all, Kelly Luce’s “Ms. Yamada’s Toaster” is not only about a toaster that prints prophecies of people’s deaths on their bread; it’s also about how we all, on some level, want to know how we’ll die — at the same time as we’re repulsed by the mere thought of knowing. Karen Russell’s “Z.Z.’s Sleep-Away Camp for Disordered Dreamers” is not only about two boys who suffer from synced nightmares; it’s also about our impossible desire to share the frightening workings of our subconscious with others. Aimee Bender’s “Loser” isn’t just about an orphan who can sense and find lost objects; it’s also about the abstract casualties we can’t recover: lost people, lost selves. These stories gain their power not through the simple facts of their magical elements, but by the way the reader interacts with them, and the manner in which they tug at our desires or repulsions, our fantasies or fears.

Aimee Bender put it this way: “Every story has to be real, has to be contending with realness in order to be a story. We don’t want something so out there that we can’t relate at all.” In interviews, Russell and Ausubel have articulated this same belief. In a 2011 interview with The New Yorker, Russell said: “Fiction helps me to reconnect with the true, deep weirdness inherent in everyday reality, in our dealings with one another, in just being alive.” In an interview with The Rumpus this past summer, Ausubel said: “I’m always trying to write about the real world, even though I sometimes choose to do so via exaggeration. My allegiance is to emotional truth, which doesn’t always easily fit into the box of reality.” For these women, magic is just another way of describing our strange emotional realities; sometimes it is the most natural choice.

Aimee Bender’s story “The Rememberer” is a great example. In this story, the narrator’s lover is literally de-evolving: first, he becomes an ape; a month later, a sea turtle. “In that story it was a way for me to write about/think about what loss is and what it means to lose someone,” Bender said. And it is through this slow, surreal process of loss that the narrator, and by extension the reader, thinks about the stark nature of losing itself. The narrator declares: “I review my memories and make sure they’re still intact because if he’s not here, then it is my job to remember.” It is when her lover is a salamander, on the path to becoming a one-celled organism, when he can no longer place her in his memory, that the narrator decides to release him. For Bender, this story’s magical premise was a way to explore her own human experience. She explained:

At the time I was going through a breakup, my grandmother was dying and my mother kept talking about how it was like watching someone go back to infancy, and I’d had a dream years before about reverse evolution and I think it all coalesced to some degree. But I don’t think up the idea and then transfer it to a metaphor — instead, it’s going with an image, a word, a moment, and letting that guide the story. Then the mix of real and less real comes from the writing itself — maybe the clearest way to say it is that I like it if there’s a fluid, permeable line between real and less real so then it’s not a big leap to find myself in the realm of magic. It just is allowing the story to go there if it seems like a good place to go.

As Bender points out, it would be a shame for any of these magical realist stories to be read as formulaic metaphors. While magic is (unfortunately) not a natural component of our lives, it is an organic part of these stories. This is true, of course, to the very nature of fiction: anything the author imagines can become a part of the world of her story. Joy Williams, beloved by authors of magical realism and realism alike, said in a New York Times review of Russell’s Vampires in the Lemon Grove: “Fiction is by definition unreal, and Russell takes this coldly awesome truth and enjoys fully the rebel freedom it confers.”

In these women’s stories, the “real” and the magical are strongly linked, in much the same way our imaginations are tied to our lived lives. I have a desire to be introduced to as many new worlds as possible, and this craving can’t be satisfied by a realistic story. For me, these new magical realist stories are a way into subjects you normally just wouldn’t talk about. Really, when you get down to it, it’s people, the ways we think and act, that don’t seem real. In a story in which a man’s new wife lies about being a virgin until the honeymoon, the bride also admits to having grown a tail (Luce). In a story about a factory that values money over human life, women are literally turned into silkworms (Russell). In a story that explores the varying capacities people have for love, humans sprout arms for each person they fall for (Ausubel). We are incredibly strange creatures. If only sprouting a third arm or growing a tail overnight were the most of our worries. After all, what is more impossible or frustrating than being human? How better to explain this than with magic, with these surreal manifestations of our wishes and fears?

So why the resurgence of magical realism now, in the early twenty-first century? Many writers and critics, Kate Bernheimer and Reese Okyong Kwon among them, have claimed that the popularity of magic in fiction is due to our separation from, and fear of, the natural world. This is certainly true. But the other side of this is that we live in a world so advanced, so rational, that we feel everything can be explained. We no longer need myths to explain the shifting of the seasons or the burning of the sun. Science can do that.

What we crave is the unexplainable, the limitless. What we need to believe in are phenomena that cannot be measured and verified. What we want are stories that, like ourselves, still contain a stubborn mystery.

Sadye Teiser is an editor at The Masters Review. She earned her MFA from The University of North Carolina Wilmington and her BA from Princeton University. She is working on a novel and a collection of surreal stories. Her fiction has appeared in Gigantic. She lives in Portland, OR.