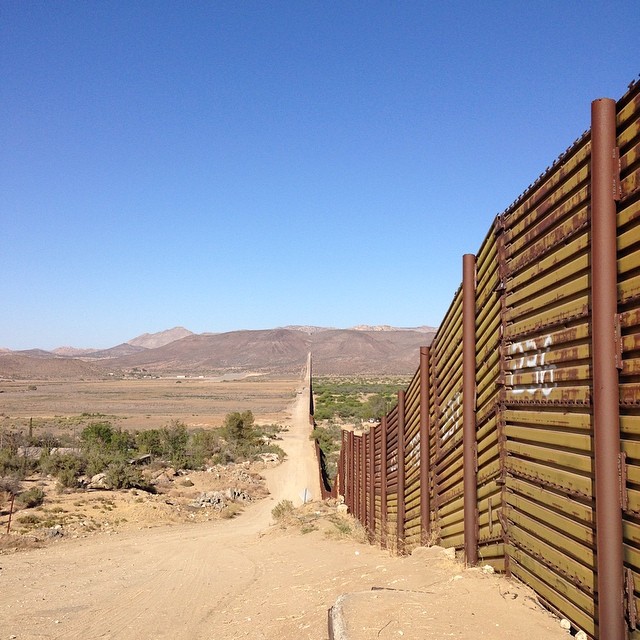 Apocalypse never seems far from the writing of Roberto Bolaño, a chronicler of the destruction of towns, cities, and minds. He’s a writer whose preoccupation was the intellectual wreckage of the end of the 20th century and the accompanying sex, violence, and sexual violence. 2666, a novel notable for all of the above, pinpointed their intersection as Ciudad Juarez (performing under the name Santa Teresa), a border town wholly transformed by the signing of the North American Free Trade Agreement. The agreement led to the rapid expansion of maquiladoras, assembly plants that flooded the city with migrants looking for work. In his long, strange novel, Bolaño writes about the corruption of the Mexican authorities, the search for a fabled novelist, the atrocities of the Eastern Front, and, most famously, the gruesome murders of over 100 women from the maquiladoras, most by strangulation or bludgeoning. No one is ever held accountable, and when someone is, it is so obviously the wrong man that only a willful blindness could convict him. And yet, blind are the many.

The border is, for the most part, an empty place. From West Texas to San Diego, it is distinguished by its lacking of anything besides endless ranch, its calm and baked earth, and the dry riverbeds that frame it. While countless men have died in this dry, dramatic country trying to cross into the United States (literally countless), it is the new influx of children from Central America that has stoked the flames of the immigration debate. Arriving by the thousands, the children are overwhelming US Customs and Border Protection, an insanely well-funded arm of the Federal government whose scope seems matched only by their incompetence and indifference to the well-being and health of children.

As one worker at a shelter for immigrant children told me in El Paso in early June, “They have no idea what they are doing, or what to do with all the children.” That weekend, the authorities attempted to transfer the children to shelters across the Southwest while trying to figure out how to sort through all of them. The Mexican children are, for the most part (if not a victim of trafficking or criminal activity), sent back to Mexico. If they’re from Central America, it gets more complicated. Entitled to a hearing about their status, the children are released to a responsible parent/adult custodian if available (which is rare as many guardians are either undocumented or unavailable). Often however, they end up staying in Border Patrol custody for longer than the 72 hours they are supposed to be, and are then transferred to another government agency and shuttled between shelters along the border, held in detention indefinitely until their hearing. It is in transit that the buses carrying the children have been stopped by irate citizens, angered that these children would flee their home countries for a chance at safety and prosperity. In Murrieta, California, protesters turned around a bus filled with children, bound for a less crowded detention facility.

It is this same anger, this same pervasive fear that greets the Joad family in Steinbeck’s Grapes of Wrath. The Joads have been kicked off their Oklahoma land by a change in policy at banks far from their farm, a seemingly abstract decision, the absurdity of which Steinbeck tries his hardest to point out. Through no fault of their own, the Joads are driven to Southern California in search of a better life, and they are met with the same hostility as the immigrant children eighty years later. Steinbeck writes,

In the West there was panic when the migrants multiplied on the highways. Men of property were terrified for their property. Men who had never been hungry saw the eyes of the hungry. Men who had never wanted anything very much saw the flare of want in the eyes of the migrants. And the men of the towns and of the soft suburban country gathered to defend themselves; and they reassured themselves that they were good and the invaders bad, as a man must do before he fights. They said, These goddamned Okies are dirty and ignorant.

Today, the descendants of these same unwanted Okies dish out their own xenophobia, blockading the road and chanting “Deport!” The willing blindness continues, and the culprit is always the invader, even if the invader is a child.

In the sometimes hopeful fiction of Steinbeck, and the bleak outlook of Bolaño, it is always painfully clear who is at fault. The economic system that creates the dangerous imbalance is just a group of men. They are powerful, fearful men who refuse to take responsibility for what they have wrought. Never would NAFTA be held responsible for the deaths of countless women and migrants, never would the war on drugs or a U.S.-supported coup be considered somehow related to the appearance of thousands of children at our border. President Obama, despite a somewhat enlightened view of immigration, has responded to the arrival of the children by pledging to speed up their deportation and strip them of their due process rights.

There’s nothing new about outsiders bearing all the responsibility for their tenuous and fragile existence. Unfortunately, as ruthless men continue to reproduce the exact same kind of disenfranchisement and impoverishment, the number of outsiders continues to tick ever upward, with ever less space to put them. The border appears as both line and apocalypse. So much open space with nowhere to go.