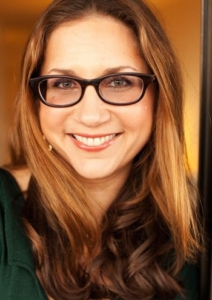 Susan Bernofsky directs the literary translation program at the Columbia University School of the Arts. Her translations include seven works of fiction by the great Swiss-German modernist author Robert Walser, as well as novels and poetry by Jenny Erpenbeck, Yoko Tawada, Gregor von Rezzori, Uljana Wolf and others. She chairs the PEN Translation Committee and is co-editor (with Esther Allen) of the 2013 Columbia University Press anthology In Translation: Translators on Their Work and What It Means. She received the 2006 Helen and Kurt Wolff Translation Prize and the 2012 Calwer Hermann Hesse Translation Prize as well as awards and fellowships from the American Council of Learned Societies, the PEN Translation Fund, the NEA, the NEH, the Leon Levy Center for Biography and the Lannan Foundation. Her translation of Jeremias Gotthelf’s classic tale of horror, The Black Spider, was published in October 2013 by New York Review Books Classics, and her new translation of Kafka’s Metamorphosis appeared with Norton in January 2014. She blogs about translation at www.translationista.org.

I just turned in my translation of Jenny Erpenbeck’s novel Aller Tage Abend (to be published by New Directions under the title The End of Days). One of the many things I wrestled with is the concept “sich mit den Füßen abstoßen” (literally “to push off [from something] with one’s feet”). This is a phrase one hears in German far more frequently than in English (unless we’re talking about swimming laps), and it often winds up sounding quite odd in English translation. The phrase shows up once in Kafka’s Metamorphosis, used literally (Gregor’s sister jumps up from an armchair this way near the end of the story — in my translation she “launches herself” from the chair). But then Erpenbeck adds to the difficulty by using the phrase figuratively: “. . . die Tochter hängt nun zwischen den Welten, hängt da und zappelt und kann nicht anders, als sich mit den Füßen von der eigenen Mutter abstoßen . . .” I tried translating the phrase fairly straightforwardly in my first and second drafts (“and she has no other choice but to push off from her own mother with her feet”) but it really wasn’t working, so in the next round of revisions I unpacked the phrase, producing something far more complicated than the original but at least comprehensible: “and she has no choice but to brace her feet against her own mother, pushing herself away from her.” This is a passage that turns on the Jewish heritage of mother and daughter: the mother has married her daughter to a gentile to help her escape her Jewish roots (the mother’s own husband was killed in a pogrom before her eyes), and now that the mother is aging and looking ever more Jewish, the daughter is having to push her away — but not with her arms, with her feet, because this pushing-away is simultaneously launching her into her own new life. This pushing-off is a useful concept; someone should invent a good word for it in English. Generally, in terms of translation strategy, I prefer to “unpack” (in other words to translate in a way that explains a little) than to translate more literally but in a way that really isn’t going to make any sense to English-language readers.

Peter Cole has a great essay entitled “Making Sense in Translation: Toward an Ethics of the Art” that explores these issues well. Since there is no such thing as a “neutral” translation, every translator must inevitably insert her own sensibility and point of view into a text, there’s just no way around it. To call this “unethical” is to imply that there might be an option not to do so. But ethics does come into play in the sorts of choices one makes: I think it’s the translator’s responsibility to be so attuned to the requirements of a given text (and the universe of the author) that these inevitable interventions are always appropriate and never arbitrary or willful. I believe that my adjustment of the Erpenbeck sentence in the case described above is in keeping with Erpenbeck’s way of writing and communicating and therefore (by this definition) ethical. Different sorts of ethics can certainly be involved if one is translating, say, from the language an economically/politically weaker culture into that of a dominant one (it’s crucial to note and mark cultural particularity, especially in such cases), but that doesn’t come up for me so often as a German-to-English translator.

Of course it’s destructive to wrench a text out of one language and cram it into another one. I love how Schleiermacher thinks about this: He says that human beings are shaped by the language they grow up in, which presents them with the terms in which they see the world. Texts are born in particular languages too, and then we come along and take the forceps to them. It’s a wonder there aren’t more fatal injuries.

The notion of “faithful” is so overvalued. Unless it means “literal” (word-for-word), I don’t know what it really means. But then what sense does it make to speak of a word-for-word translation as somehow being true to an original text, when each language has such different ways of putting words together? People who think that this sort of translation is desirable just haven’t given the question enough thought. When I translate, I aspire to communicate not just the information presented in each sentence but also the way in which it is presented to the reader: style, tone, voice, level of diction. Is there a hint of irony? Try to get that in. Do the sound patterns of the sentence determine its effect? Take that into account. To me, the faithful translation is a chimera, something we’re always aspiring to get to and never quite do — but trying to get there helps you translate better than you otherwise might. You can get better and better at trying.

The translation is finished when I can read through it without having the overwhelming urge to grab a pencil and start marking it up.

I’ve noticed that the contemporary literature that gets translated most these days seems to be literature that is somehow exemplary of the country in question. For example, books translated from German are supposed to have something identifiably German about them, whether it be the setting or the concerns. I think that’s a reason why, e.g., it was so hard to find a publisher interested in Silke Scheuermann’s excellent novels, which really are all about the complexities of human relationships (between family members lovers, neighbors, you name it); she’s a brilliant writer, but much of what she writes could be set anywhere, it’s not so rooted in Germanness. It’s my theory that this worked against her in finding an English-language publisher. But now, thank goodness, Seagull Books is starting to publish her work (Lucy Renner Jones will be translating her novel The Hour Between Dog and Wolf).

I got into translation as a young writer and stuck with it because it was just so much fun. I love grappling with all the impossible problems of trying to speak one language using another language, of trying to keep one’s head in two languages at once. It’s a challenge, it’s writerly, and I keep learning from doing it. What’s not to like?