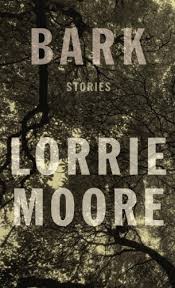 In “Fictional Futures and The Conspicuously Young,” an essay written for the Review of Contemporary Fiction and reprinted in the recent posthumous collection, Both Flesh and Not, David Foster Wallace offers an anecdote that I often find myself enthusiastically (though poorly) summarizing at parties. Wallace writes:

“A fine and conscientious writing professor once proclaimed to our class that a serious story or novel always eschews ‘any feature that serves to date it,’ to fix it in history, because ‘Literary fiction is always timeless.’ When we protested that, in his own well-known work, characters moved about in electrically lit rooms, propelled themselves in autos, spoke not Anglo-Saxon but post-WWII English, inhabited a North America already separated from Africa by continental drift, he amended his ruling’s application to those explicit references that would date a story in the transient Now.

In context, Wallace makes this point in service of another, a less-honed draft of the argument he will make five years later in “E Unibus Plurum.” But on their own, these few lines efficiently demolish the narrow interpretation of the “universality” of literature as demanding an impossible ahistoricality. Indeed, most “serious” writers know that Wallace’s professor’s advice is naïve, and much of the best fiction ever written thoughtfully engages with its time.

In Bark, Lorrie Moore’s first new collection of short fiction since 1998’s remarkable Birds of America, Moore does not shy away from historical touchstones of the past decade. Though none are central, plot-wise, these set pieces of the early aughts contextualize the worries, yearnings, and tribulations of the collection’s characters. A writer argues with a lobbyist about Obama’s alleged radical affiliations; the closing of the local Borders prompts an aging man to construct a lending library; a mother privately mourns the passing of Michael Jackson. The historical moment is not a backdrop, but a living flow, that within which Moore’s finely crafted characters dwell and against which their actions cut. It is impossible to know how these stories will read in a decade or in ten, when the closing of Borders and the description of a character “waterboarding himself with a neti pot” may need to be explained in footnotes. But at least for now — and no less so then, I suspect — Moore’s subtly tragicomic take on our times is essential.

The collection’s strongest pieces are its longest: “Debarking,” the opener, and “Wings,” the centerpiece. “Debarking” opens with a pair of irreducibly Moore-ian lines: “Ira had been divorced six months and still couldn’t get his wedding ring off. His finger had swelled doughily around it—a combination of frustrated desire, unmitigated remorse, and misdirected ambition, he said to friends.” In a matter of seconds, Moore conjures her relatable, lived-in brand of tragedy and comedy, intertwined around the absurdities of human bodies and human speech. This dark tale of a Jewish divorcee, his strained relationship with his daughter, and his courtship with a possibly deranged pediatrician unfolds amidst the beginning America’s incomprehensible invasion of Iraq. Ira, who works in human resources after having abandoned a position as “a community-based historian” after realizing “that other historians generally thought this a sentimental form of history, shedding light on nothing,” is particularly sensitive to the meaning of history, and his attempt to make sense of the time in which he lives — the personal as well as the geopolitical — is the story’s beating heart. “Wings,” too, raises questions of time and historicity. The story, which includes the aforementioned “waterboarding” quip and numerous references to the fall of the Borders franchise, follows a washed-up indie rocker as she grows distant from her lethargic lover and spends time with a kindly widower who may leave her all he has. Moore’s prose meanders meaningfully, mirroring the course of a memory or a life, pausing to for reflections wry, longing, and poignant — often all at once.

Though these two pieces together make up the bulk of the collection — thematically as well as page-wise — the remaining six stories range from intriguing to brilliant. A few of them simply pale in comparison to Moore’s best work. “Subject to Search,” an account of a French rendezvous between lovers who have waited out long marriages to other people, is rushed and compressed and comes off as trite. “The Juniper Tree,” in which three old friends visit what may be the ghost of a just-deceased companion, is more puzzling than it is affecting — either too strange or not strange enough. Yet even these weaker pieces have beautiful scenes and resplendent one-liners to their credit. Moreover, the collection consists mostly of winners. The perfectly restrained and linguistically radiant “Paper Losses” follows a mother of three on a post-divorce, too-late-to-cancel Caribbean vacation, which finds her on a beach with “people read[ing] books about Rwandan and Yugoslavian genocide.” In the collection’s final story, “Thank You For Having Me,” a single mother takes her daughter to the second wedding of a former babysitter, at which the bride’s first husband is both the musical accompanist and the best man — and, when a biker gang mistakenly interrupts the ceremony to deliver a surreal sermon, the would-be savior, brandishing a “chair over [his] head, crying the yelping cry of anyone who was trying to be a hero at his ex-wife’s wedding.” In these stories and others, Moore is at her finest: her observations wry, her language haunting in its strangeness and aptness, her sense of the beautiful robust and inimitable, and her access to the real a gift to the rest of us trying to sort out some sense of our times and ourselves.