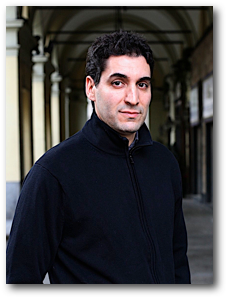 War has long been one of the great subjects of American literature — of all literature, really, but saying so seems not enough. It misses the point of literature’s mission to begin with, that of making meaning against meaninglessness and death. Literature is war, against both. But of course literature is also not war at all, because there were no actual bullets whizzing past my head, nor were there screams of the wounded in my living room while I read Saïd Sayrafiezadeh’s remarkable new collection of linked war stories, Brief Encounters with the Enemy. I did not fear for my life. Instead, I sipped freshly made coffee and comfortably stretched my legs out on the sofa. What violence I did encounter within Sayrafiezadeh’s stories, while quite real in my imagination, was inarguably off stage. Also off stage, in the real world, on the very day I was reading: two bomb attacks killed six people in Afghanistan’s Helmand province, and thirteen people, including children, were seriously injured.

Make no mistake: Brief Encounters with the Enemy is a collection of war stories, but you won’t find in it the typical frontline battle tale. You will instead find coffee baristas, and security guards, the unemployed, and bus drivers on strike, line cooks, middle management, and yes, at least one soldier. You will find stories that start like this one, from “Associates”: “It was about a month after the war began that I took two boxes off the Walmart truck and hid them in the mop closet.” The collection offers a panoramic look at how war is experienced here and now in America, as a thing both ubiquitous and invisible — and at a tremendously comfortable remove from its violent reality, even as we are surrounded by the omnipresence of its 24-hour media coverage.

Sayrafiezadeh is best known for his memoir When Skateboards Will Be Free, a gripping account of growing up immersed in the Socialist Workers Party. We talked about, among other things, his move from memoir to fiction, the question of “writing race,” the deeper truths of fiction, and about what makes for a war story.

Scott Cheshire: Why a collection of linked stories? And what does it offer you as a writer that a standard collection would not?

Saïd Sayrafiezadeh: I didn’t want to say goodbye to the stories so quickly. I was growing fond of the characters and the world that I was creating — I felt with cozy with them. Besides, there was more to say on the topics of war, weather, postindustrialism, love, etc., than one short story could contain. My intention from the outset, however, wasn’t to write a linked collection, but it became apparent pretty quickly that I was returning to the same themes, and a trajectory began to take form. It’s serendipitous that these particular themes lend themselves well to a linked collection. The war, for example, appears in each of the stories with a slightly different twist — beginning, ending, accelerating — raising the question of whether it’s the same war, the same time period. I also like how the general outlook of the citizens of the city — is it the same city? — overlap from story to story. And some of the dialogue used throughout the book is similar, which speaks to the way we find ourselves mouthing “truths” that we’ve unconsciously picked up somewhere else. All of this could be raised in the reader’s mind without comment. On a certain level the book is about the homogeneity of our society, how society exerts an extreme amount of force on an individual to conform, and how our thoughts are often collective. I’m also obviously saying something about the never-ending war we have been engaged in for the last ten years or so. I could play with these ideas without having to state them overtly. That’s the power that linked stories afford.

Can you talk some about the idea of a war story collection with very little actual war in it?

The idea of war is more compelling for me than actual war. It’s more frightening, too. Even the lone story that takes place in combat, “A Brief Encounter With the Enemy,” has very little war in it. It’s not the specific war that interests me, but rather the cost of being constantly engaged in war, whether it involves deploying, returning, or watching it on television. What does ten years of violence do to the psyche of a nation? I chose to have most of the military action take place “off stage” so that we could focus on the characters in front of us, and experience how living in a permanent state of war has affected their domestic lives, their employment decisions, the way they love. War is a big thing, and its effects ripple far from the center. I also wanted to stay put in this country and not linger too long overseas, which is what I would have had to do if there’d been more war in the collection. Ultimately, I didn’t want there to be any distraction from America, the true subject at hand.

Was the collection always envisioned in some imagined version of collective America? Not quite past, not quite present.

I think of it as firmly in the present. If the reader thinks of it different, that’s fine. I’m not looking to impose my sense of time or place on anyone. There are certainly some skewed details, some things that are just slightly off center, but I’m using contemporary America as my raw material.

It’s a manifestation of the nervousness in this country regarding war, weather, economy. It’s also a manifestation of my scarred mental state from having grown up with the expectation that depression and fascism were always just around the corner. This was the lesson of the Socialist Workers Party, of which my mother and father were members. The depression was coming; fascism was coming — unless, of course, the socialist revolution came first. Either way, something cataclysmic was going to happen soon. I grew up with a large amount of anxiety and dread, and the anxiety and dread is reflected in this book. The wish fulfillment, of course, is that I now get to “control” them as the author.

I want to ask you about “writing race.” You are the son of an Iranian Muslim father and an American Jewish mother, and you grew up in the Socialist Workers Party, all of which makes for a complicated cultural heritage, and yet the collection is told from “a white American’s” perspective. I wonder what challenges, if any, did this pose — and while I recognize the question itself is problematic I do think it raises interesting questions about the assumptions readers often make about writers, and what any of that means with regard to writing.

It posed no challenge for me. The only challenge it might pose is with a reader having trouble reconciling the author’s voice with the author’s names. The reality is that for the most part I am a white American: I was born in Brooklyn, I was raised in Pittsburgh. Furthermore, my connection to Iran is through my father, and he left home when I was nine months old, so my name is misleading. I’ve never been to the Middle East and I don’t speak Persian, but these are some of the assumptions that I often have to work against. Yet I refuse to make clarifying my identity my life’s work. Literature allows an author to chose their subjects despite the particulars of their own race or ethnicity. William Styron wrote in the voice of Nat Turner to great effect — and controversy. James Baldwin wrote in the voice of a white man in Giovanni’s Room, also to great effect. These were inspirational examples for me. But again, I’m not doing what Styron or Baldwin did — I’m writing in the voice of a white American because that’s been my experience. My experience is more encompassing than my long last name.

Can you talk some about the writers you admire or who perhaps played a role in your evolution from memoir to fiction?

Kafka, Beckett and Orwell float somewhere below the surface of these stories. I read them when I was young, when I didn’t know what I was going to do with myself. They didn’t so much help me evolve from writing memoir to fiction, as they made me want to be a writer. Each author has a great sense of foreboding, of paranoia, of an altered reality — all things that fit perfectly with my sensibility and upbringing. Kafka’s opening line of The Trial stunned me when I first read it — the persecution, the paranoia spoke directly to me. But it’s so matter-of-fact that it’s somehow funny. And Beckett is funny too, of course. When I was twenty-three and pursuing an acting career, I performed in a short Beckett play, Rough For Theatre II, that’s about fifteen minutes long and set in a post-apocalyptic world. Rehearsing night after night taught me something about the advantages of using humor in disquieting situations. Orwell isn’t that funny, but for obvious reasons the dystopia of 1984 deeply affected me.

Can we talk some about the difference or lack of between memoir and stories? How is it different for you?

I risk stating the obvious when I say that memoir is shaping already existing material while stories require inventing that material. There’s much more freedom working in fiction, I’m not bound by the parameters of actual events. On the other hand, I have to work that much harder to imagine whole worlds and characters and scenarios. My memoir was written in a white heat. I was trying to express some painful truths and obtain some feeling of justice. I’m not driven that way in my fiction, thankfully. The truths are more subtle, more amorphous, less painful. And going back to your earlier question on race: I get to be other people in my fiction and go other places. I get to fully embody the “white American” that I’ve always carried within me. That’s the wonderful thing about fiction: you can get at a deeper truth than you can with fact.