Sometimes We Live No Particular Way But Our Own: The Grateful Dead and Epicureanism 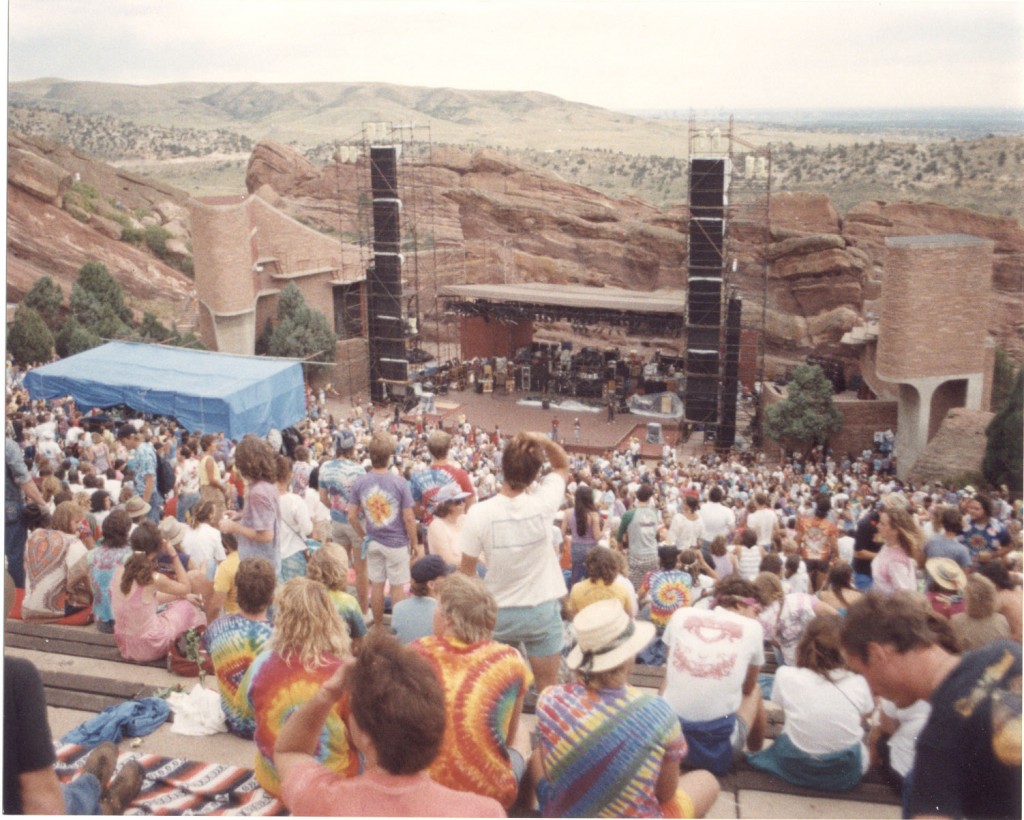 “Stranger, here you will do well to tarry; here our highest good is pleasure.” — inscription on the gate of The Garden, the Epicurean commune in Athens

“The three main points of the Dead Head worldview are the warm sharing of a family; the hippie contempt for commerciality that makes them stubbornly condescending to most other rock bands; and a noisy but peaceful determination to have a good time.” — Dennis McNally, CALIFORNIA LIVING, September 1980

There’s a moment during the Grateful Dead’s 1971 show at Bucknell University, about three and a half minutes into their rendition of “Chinacat Sunflower / I Know You Rider,” when Bob Weir achieves a state of tranquility the Epicureans called ataraxia. It may sound like a bold claim — that the rhythm guitarist of a band most people associate with the lazy, drug-addled, and burnt-out could momentarily achieve a state of consciousness that the philosopher Epicurus dedicated his life to cultivating. But it’s there. You can hear it.

Weir deftly slides out of the supporting role of rhythm guitarist, providing texture to Jerry’s lead, while pushing his own melodic ideas to the surface. The erratic, bluesy chords he had been using to buttress the rhythm of the groove step to the front of the song and Weir begins to clearly articulate a lead melody that, if more traditional than Jerry’s, is definitely searing, seductive, and enigmatic.

And even though I’m a huge Dead fan, you have to trust that I’m not leading you astray when I say that for those few, transcendent measures, Bob Weir gets it. It’s that moment in a Dead show that Heads discuss in hushed, reverent, tones. Sometimes it lasts for a only a few seconds. Sometimes it’s just a single song in a single show, and sometimes, although rarely, it’s the entire show itself.

Achieving this painless bliss, this moment of ataraxia, is the reason why people taped every Dead show. It’s the reason why people gave up their comfortable middle class jobs and hit the road to follow the band back and forth across the continent. It’s the reason the band itself, who played more live shows than any other in human history, continued to take the stage hundreds of nights a year, decade after decade. They were dedicated to the cultivation of ataraxia. To be free of sorrow. To be tranquil. To experience, even temporarily, a painless existence.

If the Grateful Dead will always be stuck somewhere between band and cult, Epicureanism itself has been stuck between cult and philosophy since it was founded by Epicurus sometime around 300 BCE. The Epicurean school of philosophy was above all else a lived philosophy. It wasn’t something to be argued over from a distance, it was a method of existing. Epicureans were atheists. They were materialists. And they believed that the only measure of good and bad was whether one is happy or not. But how does one become happy?

By not being a hedonist, for starters. Although the “Do What Thou Wilt” dictum of Satanists and Capitalists alike seems an obvious way to mainline happiness, Epicurus and his followers came at it from the other end: through the limitation of desire. By streamlining our expectations and practicing a sort of spiritual minimalism, we can create for ourselves the kind of life in which happiness, or ataraxia, is possible.

The Epicureans set up shop halfway between the Stoa and the Academy, the two other Greek centers of philosophy and learning, representing the Stoics and the Platonists, respectively. Calling their school The Garden after their community-run source of food, the Epicureans lived simply. They cultivated friendship. They drank wine and had sex. They tended to the garden. And, most importantly, they stayed out of politics. In fact they were almost anti-political — Cicero famously denounced them hundreds of years after their founding, citing their lack of civic participation as a sign of hedonistic rot.

As with their Greek predecessors, in order to consider the Dead political in any sense, you have to expand the definition of a political act to include day-to-day activities. For the Dead their actions and music were not intended as political statements, but rather as lifestyle choices. As friend of the band and hippie comic Wavy Gravy said, “Taking a shit is a political act . . . smoking it is even more political.”

Simplicity was only one half of the Epicurean lifestyle, though. To be happy you also have to be a good person, and to be a good person according to Epicureanism, you have to be nice to people. Epicurus’ conception of Justice was a contractual one, in which we enter into agreement with others to basically leave each other alone, to live and let live. This is known as the Ethics of Reciprocity, or as you called it in Kindergarten, The Golden Rule. It could also be considered the unofficial motto of The Grateful Dead.

“The crew that goes to Grateful Dead shows is a special brand,” Bronx native and Dead Head Don Posner told THE PENINSULA TIMES-TRIBUNE on September 24, 1980.“They don’t screw around. They just do their drugs and enjoy the music.” In fact, wanting to be left alone, and leaving others well enough alone in turn, was sort of the Dead’s business model. To have a moveable bubble of energy floating around the country, meandering endlessly from city to city, a self-contained spiritual revival-cum-circus. The nightly shows were the Grateful Dead’s Epicurean Garden.

There’s a line by John Perry Barlow in the song “The Music Never Stopped,” an uptempo Bob Weir vehicle, that says “the music played the band.” That line stands out as representative of the Dead’s philosophy, that it was always about more than just the music. The Grateful Dead haven’t just played more live shows than any other band, they’ve also played more _free_ shows than any other band. Where most groups focus on hits and albums (read: commodities), the Grateful Dead focused instead on perfecting the communal experience of people using art and drugs to have a good time together.

Which brings us back to that night in Pennsylvania. Bob Weir was certainly approaching his destination, at least in that particular rendition of “China Cat Sunflower/I Know You Rider,” but he didn’t get there alone. There was Bill Kreutzman stabilizing the song on drums. There was Phil Lesh on bass, off somewhere in “Phil Zone,” to be sure, but threading a solid melodic structure through the song that emphasized its rhythm. There was Godchaux on keys, clomping down thick chords; as with Lesh, Godchaux’s attempts to stabilize things song are quirky, but effective. And of course there was Jerry himself, taking a step back from the spotlight for a moment and switching jobs with Bob, adding his own chords to the rhythm. Weir took his turn in the most visible position, but he couldn’t have done it without the rest of the band. And the band couldn’t have done it without the audience. The Epicureans weren’t ascetics, they didn’t go off alone to distant mountain tops to think about the nature of happiness. They built a community and cultivated it.

Likewise, the Grateful Dead didn’t spend their careers hiding in a Californian studio, moving units and counting money. They toured the entire continent, with some of the more die-hard members of their community following along, and others meeting up with them along the way. And that’s something that might be even more important than having the same philosophical ideas as the Epicureans — the cultivation of a community focused on happiness. It’s this emphasis on actual cultivation, on the experimental lifestyle itself, that makes the Grateful Dead the most successful contemporary embodiment of Epicureanism.