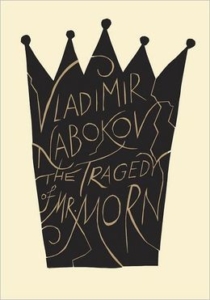 Vladimir Nabokov never hid the fact that he didn’t really have his chops as a writer for the stage. “By nature, I am no dramatist,” he wrote in his introduction to the screenplay for Lolita — a judgment he earned over the course of several labored attempts.

Nabokov’s career as a playwright occurred mostly in Berlin in the 1920s and 1930s when, having fled Russia with little more than the clothes on his back, he was doing everything he could to support his struggling family. The plays didn’t help much; they were rarely, if ever, produced, and it isn’t hard to see why — even if you are naturally inclined to give a genius the benefit of many doubts.

On the surface, it seems like he might have succeeded in this career, as his fiction has always had a certain theatricality to it. So many of his characters are lost in plays of their own making, bent on staging their own version of reality. But telling a story in dialogue cramped his style; even in his books, it wasn’t his best means of expression. Like Proust, he was more in his element writing from a deeply interior level, usually through a single tortured consciousness, a single fractured perspective. That’s when his incredibly colorful and comic style took flight, and why he ruled the novel and short story in ways he never could the stage.

His plays have all his familiar features: his wordplay, his zest, and a couple, The Event and The Waltz Invention, have his wit. But all of them feel as if they would be clunky and inert on the stage. They lack story, and the poetic flourishes and monologues are so undramatic as to stop any play dead in its tracks.

These faults are on full display in The Tragedy of Mister Morn, the latest piece of Nabokov miscellany to find its way into print. This convoluted five-act verse 1923 play about the overthrow of an imaginary kingdom is the work of an impassioned young writer who bit off more than he could chew, did not know how to make a complex story look easy, or how to develop cardboard stereotypes into three-dimensional characters. The dialogue is guaranteed to reap little more than confused stares or snorts of derision from the audience. Sometimes, it’s ridiculously expository: “The rain quivers as though in senile drowsiness” or “the moulded whimsy of a frieze on a portico keeps us from recognizing, sometimes, the symmetry of the whole.” Or just ridiculous:  “…my face drifts up out of the semi-darkness to meet me, like a murky jellyfish, and the mirror is like black water…”

Taken as it is, though, as the unproduced piece of apprentice work that it is, it’s not without interest. Between the lines of the play you see the Nabokov that would flourish in years to come: his playfulness, his fascination with cruelty, his constant blurring between real and imaginary. Also, despite the fact that Nabokov brought the wrath of the gods down on anyone who read political content into his work, it’s impossible not to read this play as an expression of rage against the political uprising that drove him into Berlin.

Set in a dreamy unnamed country that bears a certain nostalgic resemblance to the pre-Revolutionary Russia of his boyhood, The Tragedy of Mister Morn is make-believe at several levels: the make-believe of the stage, obviously, but also that of a world where the people are living in a blissful illusion. It’s also, perhaps, the dream of a minor character in the play, a kind of authorial stand-in, a visitor from the 20th Century who seems to see in this imaginary country some surreal reflection of what the new Soviet Union used to be.

The country in the play is productive and prosperous and everyone gets along well, mostly because they think they are ruled by a kind and benevolent king. Actually, no one really knows who the king is; he’s a mystery, a legend, a figure whose face on the coins is that of a mask. The country thrives, in other words, under a more or less agreed-upon fantasy.

All is not perfect, however, as there are troublesome forces led by Tremens, the shadowy rebel leader who, four years earlier, tried to stage a revolt. Tremens, a perfectly demonic figure, doesn’t want to liberate the masses; he just likes destruction for its own sake. His supplicant is the sycophantic Klian, a self-proclaimed genius who writes love songs to his beloved leader, and is the fiancé of his Tremens’ daughter, Ella.

The play begins with Tremens receiving a visit from Ganus, his longtime rebel cohort, who has managed to escape from the labor camp where he was sent for taking part in the earlier revolution. Ganus, however, is by no means quite so enthusiastic as his old friend about setting the country on fire. Having wandered the country for the past few months, he’s not real sure what he was rebelling against to begin with. Instead, all he wants is to reunite with his wife Midia. Alas, he learns that Midia has strayed while Ganus was away. In hopes of confronting her, he attends a party at her home, dressed incognito in blackface, as an actor playing Othello.

Tremens, meanwhile, hopes his old friend can be swayed toward revolution, that he still retains

that scarlet comma of contamination

which will spread the wondrous cold and fire

of tormenting illness across my country;

At the party, Ganus meets his rival, a happy-go-lucky dandy named Mister Morn, whom he quickly challenges to a duel. He also learns that Morn is the king who keeps this country on track. For Ganus, this complicates matters, as he doesn’t want Tremens to take advantage of the situation. Nonetheless, with honor at stake, both men agree to an unusual duel: they will draw cards, and the loser will kill himself. Morn loses, but can’t bring himself to pull the trigger; instead, he leaves the throne to a nephew, takes Midia and flees.

National instability comes quickly (between the first and second scenes of Act 3, specifically) and Tremens’ bloody revolution takes hold. Klian arrives with updates: “Splendid news! In the suburbs the merry crowd’s blown up a school, satchels and rulers are scattered across the square . . .” Equally quickly, the people lose their faith in the revolution; they can’t forget their memories of the king. (Here’s what I meant by convoluted; the play lacks compression, with events so sudden and rushed that it begins to read like Duck Soup without any jokes.)

Ganus feels guilty for his role in the revolution; Morn, away in exile, is likewise gloomy and depressed that saving himself led to the destruction of the republic. However, the myth of the king still persists; the people believe he has been taken hostage by rebel forces, and are inspired by the rumor that he is still alive. Knowing that a good king can’t be a coward, Morn kills himself for the good of the republic – a wobbly and unsatisfying ending, although I suspect by this point the exhausted audience would just be grateful for a curtain.

In 1941 Nabokov, having escaped with his family to America and secured a brief teaching post at Stanford University, gave a lecture on the art of playwriting.

“There exists an old fallacy,” he said, “according to which some plays are meant to be seen, others to be read.” Actually, he countered, the two types of plays are “verb” and “adjective” plays, “plain plays of action and florid plays of characterization,” and ideally both should work on page or stage. If it fails on the stage — if it’s “a type of play where poetry, symbolism, description, lengthy monologues tend to hamper its dramatic action” — then maybe it’s not really a play to begin with.

One can’t help but wonder if the non-play of The Tragedy of Mister Morn wasn’t echoing through his mind. It’s a full-length stage debut that proved what his subsequent plays would confirm: that as a playwright, Nabokov showed excellent potential as a novelist. We are fortunate he ultimately heeded that wisdom.