What Is a Blog Good For? 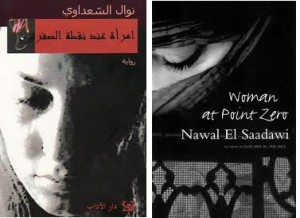 Qualey emphasized that for her, the blog is not about creating knowledge and it is certainly not about presenting anything in a finished form. She thinks of her blog as an old-fashioned salon: a semi-public, semi-private place where readers, writers, and translators of various stripes, are able to gather informally and chat about things — a kind of laboratory of thoughts. In the context of her blog, she is not a critic, and she is not even a curator, but more of a hostess.

Qualey’s talk was encouraging for anyone who blogs, writes criticism, or generally is involved in that intermediary space between cultural production and cultural consumption. She is convinced of the value of the practice, even on the days when “it seems that no one is listening,” and she knows her audience well.

When she began her blog in 2009, Qualey hoped she would bring Arabic literature to a broad group of people who had potentially never even thought about Arabic literature before. But instead, and unsurprisingly, the blog attracted an audience of specialists — translators, authors, academic librarians, Arabs living in diaspora — for whom this was a resource and space for dialogue that they had been searching for and unable to find. Rather than educating a new audience, she created a venue for an existing audience to interact.

Qualey indeed cultivates a democratic atmosphere on ArabLit. She invites contributions from guest authors, often people who are active commenters. She organizes features that bring in groups of writers and translators to share their thoughts on certain topics, she makes lists for readers and collects advice for writers and translators — she does interviews, and she exhaustively covers the new literary awards that are helping Arabic literature gain a new level of prestige. ArabLit has developed quite a following, and it is essentially a one-of-a-kind resource. There is no one that I can think of that so thoroughly covers contemporary Arabic literature in English.

I highly recommend perusing the site, as well as checking out Qualey’s book reviews at Egypt Independent. And if readers of this blog are in search of something similar to ArabLit, but for other types of international literature, Qualey had some recommendations: Japanese, German, Chinese, and Russian.