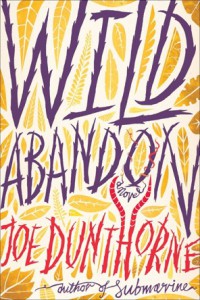 Patrick dashes through the forest, his heart racing. He knows his fellow commune-dwellers are out to get him. They’ve been plotting it for a while now. He can imagine how it went down:

At a secret brunch-time meeting, they had planned in exquisite detail his final hours, discussing every contingency: disposal, legal matters, a bonfire of his guitars, and through their commitment to putting Patrick in the ground there would bloom a new communal solidarity, as though he were the finest possible compost.

So yes, Patrick happens to be on multiple drugs during his freak out. But his mad dash, which lands him in the hospital with a shattered ankle (he falls out of a tree), precipitates the beginning of the end for his South Wales commune. Decades ago, he and a small group of twenty-somethings built Blaen-y-Llyn on a shared sense of idealism and thrift. Over the years, the community has shrunk to about ten regulars and a couple interchangeable young WWOOFers (volunteers from the network “World Wide Opportunities on Organic Farms”).

Author Joe Dunthorne, himself only 29 years old, could have stalled the plot of his second novel here, but Wild Abandon delves into a deeper disintegration of one of the founding members’ families. Don, the alpha male of the farm, cuts a ridiculous figure as he bans discussion of TV advertising and leads meetings with smug condescension. His overconfident attitude has served him well in the past — specifically in chasing his wife and setting up the commune — but it finally seems to be catching up with him.

Freya, Don’s wife, resents him to the point where she can’t stand the smacking sound he makes before they kiss. Albert, their pre-teen son, begins spending most of his time with another commune family — a mother and boy who are convinced the world is going to end because of a “black hole eclipse.” Don and Freya’s seventeen-year-old daughter, Kate, has already started to break with the group by attending an outside school. After Patrick’s accident further disrupts the community, Kate moves off the commune and in with her boyfriend’s family, abruptly cutting off her close relationship with her younger brother.

All the characters seek out escapes, which include preparing for a post-apocalyptic life, flirting with a boyfriend’s father, moving into a mud hut, and in Don’s case obsessively hatching new schemes to bring them all back together. Don’s plans lead up to a birthday party for the absent Kate, which snowballs into a local rave that might popularize Blaen-y-Llyn yet again.

Joe Dunthorne’s first novel was Submarine, an unsentimental coming-of-age story that was turned into a well-regarded film. He infuses his new novel with the same razor-sharp wit, especially in the covertly insulting way the characters regard each other. Kate, considering her boyfriend’s habit of inhaling food, notes: “His teeth patted the food on the way past, as though encouraging a long-distance runner.”

Many critics have called the book “quirky,” which is perhaps unavoidable when the author layers uncomfortable and even disturbing scenes with levity. In one such moment, Kate realizes that her father is standing outside her boyfriend’s house in the rain. Humiliated in front of her boyfriend’s parents, she calls Don’s cell phone:

They saw the phone light grow larger as Don came toward the conservatory.

They watched the floating phone get closer.

She ended the call. The pale blue light came closer to the glass, seemed to be waving. They couldn’t make out what he was saying. Then the light blinked off.

On the drive home, Don tried hard to enjoy Radio 3 because he knew how effective most people find music as a form of emotional release.

Dunthorne’s characters are flawed and selfish and sometimes even cruel, but their self-awareness arises from a struggle to do the right thing, or at least make sense of what the right thing is. Because of the characters’ propensity for rash decisions, the book builds to a fever pitch. At the final party, a Dionysian night of drugs, alcohol, and “blood soup,” any number of terrible things could happen. But the last scene — both beautiful and banal — shows that sometimes it’s the aftermath that counts.