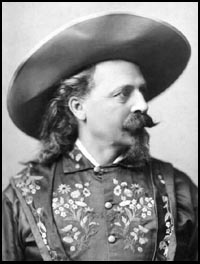 ‘This is a story about a writer’s brother.’ The funny thing about that sentence is that ‘writer’s brother’ refers to two things at once, both at work in the story to which it refers. One writer is the writer of the story. Obviously our narrator sits down to narrate this quick, genresque tale about his brother’s suicide. But we find out that the dead brother was himself a writer. An ‘indie’ writer that led a purposive life full of hipsters, Bukowski, and designer drugs. ‘A writer’s brother’ refers to both these characters, each with their own lives and choices, as if there’s some oneness between them. The narrator a down-to-earth, brass tacks sort of guy; and his brother spent night alone scribbling manuscripts and calling himself a ‘factotum’. For me this was like one fantasy self looking at another fantasy self and coming to terms with him; which to say, it’s an inquiry into the cliche’s I’ve considered wearing, like clothes, at different points in my life. At times I’ve wanted to be a fuck-the-world writer living in financial debt and spiritual wealth. Other times I’ve wanted to just be a dude, a bro, cool, chill. But I always end up (I love the phrase ‘end up’, so optimistic!) somewhere between the cliches, somewhere less definite. Somewhere real. I think this is why I got a good feeling from this story. As a reader, I (oneness) end up somewhere between the two brothers. — David Backer

This piece takes the form of a very long, involved sentence. It is essentially the enemy of Full-Stop. I wonder: Is it effective, this rambling William Howard Taft of a sentence (Taft in terms of its proportions and the amount of cake inside it)? There’s hypocrisy, a great slippery mess of it, in the long-winded narrator’s insistence that Jenny must shut her mouth. And Grandmama’s mouth is often the thing open, is it not, such as when Granddaddy Jimmie “would break off a piece of cake with his fingers, making sure to catch the darkest chunk of plum, and then hold it up to her mouth so she would bite it and eat it…” Of course, these ironies are deliberate, which smacks of humor, and there’s nothing wrong with that. Or else life is but the lumps in a jar of souring milk. Thanks, Katy.

“The Wild Hunt” by Jason Michel in Pulp Metal Magazine

In the post-modern world, where limits are destroyed on a daily basis, transgression is hard – unless you’re Jason Michel. Then it not only comes naturally, it’s your life’s calling. In The Wild Hunt, Michel does not mess around: He comes for your eyes with claws of prose, edged to a monofilament extreme – extreme vileness and extreme intellectualism. As the work on his ferocious journal, Pulp Metal Magazine, uncompromisingly supports, Michel exults in the highest of high-minded writing and the lowest of low subjects. No work is too rarified or too raunchy. Wild Hunt shows Michel exercising these principles at his most muscular, with punchy sentences that will soil your mind one moment while elevating it the next. The story is uncomfortable, it is beautiful and it is not going to apologize for either. That makes it impossible to pass up. — M. C. Funk