The week’s best online fiction, with recommendations from FictionDaily‘s Editors 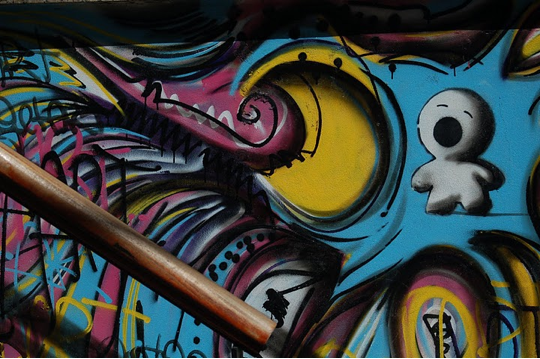 This excellent, poignant story is written from a child’s point of view. This kind of young, innocent, and precocious voice feels like an archetype at this point, which is to say that one finds a lot of stories using it (I’m thinking most of Jonathan Safran Foer’s oeuvre, but I can’t think of anyone else.) This child’s point of view is clever, honest, and human. It has an appreciation for tragedy, but in a way that preserves the magical innocence of childhood, never giving way to the impurity of adulthood. Just by viewing and describing the adult world around him or her, this child can distance him or herself from it, not having to critique it–because where, exactly, has critique got us?–and not having to revolutionize it–because where, exactly, has revolution gotten us? Just seeing the world through eyes of this child is enough. Through these eyes we can make some sense of the little, minimal moments that compose life beneath the grand narratives our grandparents and their parents invented for themselves. These are the stupid, frustrating, and hurtful things we do to the people we love when we’re down the block, at the mall, or on the phone–all occurring while one person or another is trying to become king somehow. Why are we drawn to the child’s point of view? Maybe adulthood failed us. Maybe seriousness and grandstanding and ‘growing up’ hasn’t fulfilled its promise. Maybe we feel small. Maybe we feel confused. Maybe we feel like puppets instead of people and, scared of the fruits of our anger and skill, wish to retreat to the tree-houses, crayon images, and new-best-friends of our youth. That was a time when adults were dumb, noisy, and incomprehensibly big. When we could blame them for not thinking of us and still wonder at the world, smiling, only feeling what it was all about, not yet having to know.–David Backer

Trent England knows, or used to know, two of the three girls he writes about here. That’s almost 67%. That’s pretty high. And he knows what he’s doing, writing-wise. He shows it, and then he takes it away, reveals, retracts, etc. It’s like a seduction dance with scarves. I read this line – “So many eye doctors, one after the other, that I wonder how many optometrists can exist in one city. I thought there was a law” – and I had a good, long laugh. Then all the jealousy came surging back and I sat resenting Trent England, as usual. Consume these alone, or with a little tangy, brown mustard.–Ryan Nelson

“The Caretaker” by D.A. Kentner, Calliope

Remember the refined age when horror was tinctured with sorrow, making scary stories eerier than startling. Evidenced by “The Caretaker,” D. A. Kentner does.  He brings a chill to the story that evokes shades of Shirley Jackson and Ramsey Campbell, steadily building subtle, distilled terror until the final sad conclusion. This is a ghost story without rattling chains and bumps in the night, without blood running from the walls or severed heads discovered in the garden. Kentner alarms not suddenly, but slowly, and this makes the shock linger all the better.–Matt Funk