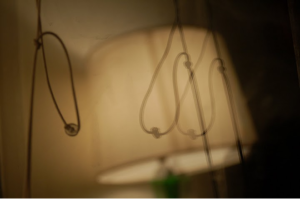 Want to really get transported? How about a story by one of the first professional authors to write in Finnish about a lonely Christmas Eve in Paris sometime in the late 19th century? Well, you’ve found it. The language here is florid, suggestive, and you can always count on that desultory-poetic sex-seeking heartbroken literary soul wandering the streets to evoke something your little shriveled heart. Check it out..–David Backer

Nostalgia Purvis by Frank Bill, A Twist of Noir

If you haven’t already been brutalized by the morbid brilliance of Frank Bill, you have some catching up to do. And when it comes to the online canon of Frank Bill, “Nostalgia Purvis” is a great chapter to begin with. Bill delivers dynamite in almost every line, wrapping his explosive prose in carnal diction that isn’t so much read as digested. Don’t doubt that the pace, narrative and setting are up to par too. The story grapples you from the get go, wrestling the reader through a savage six-hundred and seventy-seven words until it dumps you into its gritty abyss of an ending. When it comes to “Nostalgia,” this is vintage Bill. Toughen up and let it hit you in the face. You’ll like the mark it leaves.–Matt Funk