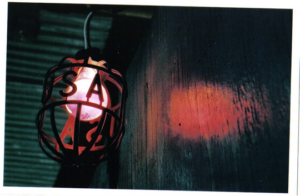 I recently spent an afternoon hanging out with Rick Rofihe in Open City’s dying office on Lafayette in Manhattan. Empty shelves, scratches on walls, boxes half-packed–the magazine that published the likes of Charles Bukowski, Antonya Nelson, and Richard Yates was dead and we were in its crypt. Rofihe helped maintain the office and ran his own publication from there, Anderbo.com, so we went up to pay tribute to the last embers. We reminisced about the old days of analog literary communities, when people would come together face-to-face, eye-to-eye, flesh-to-blood and talk and do literary stuff. I never actually experienced these days, but Rofihe had felt some modicum of it, having published a series of stories in The New Yorker in the late 80s which were collected by FSG and released as Father Must. These days Rofihe presses his face close to the screen of that desktop and maintains two Twitter accounts, a Facebook page, an online magazine, a Goodreads account, and a Fictionaut profile, among other venues of our new literary “place.” This isn’t the time for a portrait of Rofihe, so I’ll spare you any rambling details. The short of it is that I got a copy of Father Must and it’s great. My favorite so far is “Quiet.” It makes me glad I can hear, that I’m embodied, that I’m not just some digital phantom existing as an email address or series of dispersed words on blogs. It reminds me that physical embodiment is still part of being and being literary, but challenges me to think about how we, people of letters, of the alphabet, of the written word, will iterate in a digitizing environment. Somehow Rofihe and his writing are living testaments to this.–Reviewed by David Backer

“A Slit Air Made A Tit Ripping” by Leslie Patron in La Petite Zine.

The line between “short experimental fiction” and “prose poetry” is the bedraggled string of a killed balloon. I don’t know what the balloon is – the hero quest cycle maybe. There is something religious, worshipful or attritional, happening in “A Slit Air Made A Tit Ripping.” Or so its sparse narrative fibers would suggest. I like to think the main problem-character (or he who manufactures the most dread) is the caterpillar figure.–Reviewed by Ryan Nelson

“There’s a Bad Moon Rising” by Thomas Pluck, Flashes in the Dark

Voice is a powerful component of any story, and there are few voices as powerful as those conjured by Thomas Pluck. “There’s a Bad Moon Rising” contains cleverness, crisp plotting and suspense in ample measure, all salted with a playful sense of humor that hits the heart of the horror-comedy genre. But it’s Pluck’s voice that makes this piece rise and shine: His vocabulary ranges wild, his diction is punchy and he sews together the conversational with the ominous. Don’t just make sure you read this one. Listen. You’ll be delighted.–Reviewed by Matt Funk