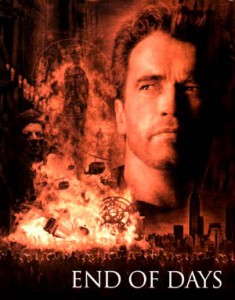 Have you heard? The world is going to end this weekend. Or it isn’t. Who am I to say? All I know: God is really blowin’ up today on the Twittersphere. One of the most popular hashtags is #iftheworldendsonsaturday. Many people are using the tag to discuss what they would do between now and then if they really believed in the Rapture. I’d pack in a few more books!

I’ve already wasted my 23 years reading novels, what’s another two days? So if you’re with me and my book-dork proclivities—being a visitor to this site, you probably are—here’s my End of Days book list for you to peruse. 11 books in honor of 2011, the last year you’ll live to see. And yes, I know, these books aren’t apocalyptic in any way. But they’re books I whipped through and thoroughly enjoyed. After all, fuck Freedom or any other doorstops; you only have two days left! Hit the short stack. And let me know your favorite quick-but-wonderful reads in the comments.

I blew through this in two days. A Gawker blogger (in the novel it’s called something else, but really it’s Gawker) pursues a lead about a bombing of the Barney’s on 5th Avenue. The culprit, not your usual terrorist, is a pretty, well-educated American girl (this is not a spoiler; it’s on the back cover). The blogger tracks her down at the expense of his relationship with a hot New York Times dating columnist. A fast, furious, thought-provoking read.

Say what you want about Chuck. Say that his books are repetitive. His gags are stale. He’s a gross-out artist. He offends or disgusts you. All fair, perhaps. But this one? This is the O.G. Chuck Palahniuk. You’ll kill it in a few delirious hours.

Of Mice and Men, John Steinbeck

I know you didn’t read this closely enough, or at all, when it was assigned in high school. Give it another go. You’ll love big Lennie and his vision of tending rabbits on a farm. A short little book, but oh so memorable. Not that you have much time left to waste with memories.

This book is very, very new, so you’re going to have to buy it in hardcover. But what’s a $20-spot here and there in your last two days on Earth? If you’ve ever read Norwegian Wood, or really any other soft, pretty story of a relationship, you’ll appreciate Yoshimoto. In under 200 pages, she paints a quirky, lovely picture of two individuals as they come together under melancholic circumstances. When you finish, give your loved one a kiss—or geez, at least a text message—before moving on to the next book.

Sci-fi folks are always blabbing about The Invisible Man and The Time Machine. But haven’t you had enough of invisible men and time travel? Overrated. Pick up this slim, wild ride instead. Guy gets washed up on an island, and, surprise! Someone’s conducting terrible experiments there. Just wait ’til you hear The Law! “Are we not Men?” (and women!)

You guys, this book is so. much. fun. This book makes you somehow like its narrator, a spoiled prep student, then watch in horror as he destroys his future and intellectual reputation. Other spoiled fancy-pants students compete ruthlessly to have their short stories chosen by celebrity authors. Bonus: lightly fictionalized accounts of speeches by Robert Frost and Ayn Rand!

Coetzee writes in short, sparse sentences. That doesn’t mean he’s not challenging, but it makes for a quick read. Disgrace is a quirky beast; it’s hard to say whether we end up excusing David Lurie, a teacher in South Africa that has an affair with a student and gets fired. What happens to him and his grown daughter, though, is raw, realistic, and leaves us heartbroken. [Ed. note: check out Roberts’ review of Disgrace.]

No, I’m not including this just because it’s about death. In fact, I personally disagree with its message, which is something like, ‘See, you wouldn’t want to live forever, all your friends would die, and other stuff.’ I remember finishing the book and thinking, ‘Um, no, I definitely would still want to live forever.’ But regardless, we are going to die, and it might happen in two days, so this is another memorable, intelligent, short read to enjoy.

Someone’s going to complain about my characterizing this as a short read, but book lists are subjective, and I remember finishing this in two days. Most people that haven’t read The Bell Jar still have some sense of the gist—girl moves to the big city and goes nuts, then kills herself. But there’s more to it than that, and you won’t believe how modern and fresh the voice feels. In fact, the first half of this book is pure fun. Watch as Esther and her bright-eyed, bushy-tailed pals enjoy a summer internship at a Manhattan magazine, drink ’til they get sick, and rebuff lewd boys! After finishing, quickly move on to Ender’s Game so as to stave off the misery.

To date, my very favorite short read. I first picked this up by chance, devoured it on one bus ride, and have since reread it five times. Ender’s Game pulls you along from the first chapter, and you don’t need to be a science fiction fan. It has it all—intergalactic battles, video games, boarding school drama (think Old School in space!), a naked shower fight, and children tricking the world into thinking they’re adult political columnists. Just be careful, you might get sucked in and then want to read the other 35 books in this series.

Have fun reading, and see you Monday!

Daniel Roberts is a magazine writer and book blogger. You can read his blog here.