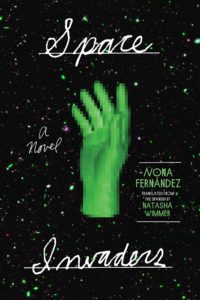 Tr. from the Spanish by Natasha Wimmer

Last October, Chilean subway fares rose by 30 pesos and the city of Santiago erupted.  What began with high schoolers jumping turnstiles gathered momentum to culminate in massive ongoing demonstrations over high costs of living. The height of the protests saw over one million people flooding the streets of Santiago. President Sebastián Piñera responded by invoking a state of emergency, severely curtailing freedom of movement and tasking soldiers with crowd control. At the time of writing, anti-protester brutality is still rampant, and twenty seven people have lost their lives. Many are flashing back to the 70’s, when a US-backed coup tossed the democratically elected socialist president Salvador Allende and installed a military junta in his place. In turn, the junta appointed Augusto Pinochet as president, a dictator whose unelected government forced the transition to market-based capitalism and the privatization responsible for today’s vast inequality. In response to the widespread mobilization against him, Pinochet oversaw a program of state-sponsored terrorism, in which tens of thousands were tortured and at least 3,000 murdered. This epoch of terror and protest is the catalyst for Nona Fernández’s newly translated novel, Space Invaders.

In the novel, five childhood friends who grew up in Santiago in the 70’s and 80’s struggle to remember a sixth member of their group, a girl named Estrella Gonzáles who disappeared from their lives when they were all teenagers. Her family moved suddenly, without telling anyone where they were headed, after a spate of the more publicized murders of the regime, perpetrated by members of the national police.

Space Invaders isn’t about death, exactly, but death is everywhere in its pages. It’s in the young characters’ pasts, it’s in their futures, it’s in the binders of newspapers at school that everyone avoids reading. Fernández herself said in one interview that she “grew up in a land of dead and ghosts.” Still, the characters’ awareness of the violence that surrounds them is a slow build from something peripheral to something central. The murders and brutality of the regime don’t, at first, appear commonplace. They are horrific and out of nowhere, popping up in between sweeter, mundane scenes of makeout sessions in a dark classroom, or group projects after school. One of Fernández’s gestures to this meeting of childhood and horror, is the phrase, “the record stands.” The phrase is used repeatedly, as a callback to the titular game and to an untouchable high score that Gonzáles’ young brother achieved before an untimely death. The phrase always follows the description of a “body of [a] little Martian” which “flies apart into colored lights” and triggers a cascade of points for whoever was responsible for an elimination — in a video game or real conflict. “The record stands” is Fernández’s “so it goes,” a prayer spoken over her bodies, and an oath to remember.

The book is a record, though a fluid, oneiric one. The children’s stories and memories — of Gonzáles, of the regime, of childhood — are shared though dreams. Each friend feels a different trauma, in a different way, never quite matching with the others but building a unified portrait of a time and a connection. The dreaminess throws doubt on what might, in any other novel, be simple assertions of agency. “We’re not sure if it was a dream or memory” begins one chapter, and though what follows is a straightforward description of an act of political defiance, we can’t assume the pride or conviction that we’d expect to accompany it. At the same time, the confusion of dream and reality also explains moments of deferred agency: “We don’t question any of this, because in dreams nobody questions anything.”

Space Invaders is short — tiny, even: Graywolf’s edition comes to sixty-nine pages. That length and the intensity of the structure, which introduces so much in such a short span, is a bit like a dream itself. You come out of it, blinking, a little confused, a little scared, certainly devastated, but feeling like you’ve already forgotten the most important threads. The structure is brilliant, as it needs to be with such a difficult approach to narrative-building. There is incredible compression here, and at the same time the gaps between chapters and sections, the space between the days and years and the dreamers themselves, stretches wide.

Fernández’s greatest achievement, though, is the shared voice between her characters. The bodies and selves of the six central friends are melded in friendship, love, and protest. They often lose track of themselves as individuals, and the narration swerves smoothly from first plural to first singular, to third. The game space invaders serves as a system of imagery that emphasizes this collective movement, appearing early in elementary school and, later, as the friends take to the streets in protest.

“They’ve arranged us in a long single file line down the middle of the schoolyard. Next to us is another long line, and then another, and another. We form a perfect square, a kind of game board. We’re pieces in a game, but we don’t know what it’s called.”

In this collective, too, there is uncertainty. They don’t know what this game they’re all playing is called. Sometimes it means submission, sometimes agency and strength. Still, Fernández does something vitally important here, something rare in American narratives of collective protest: she does not equate uncertainty with foolishness. Fogginess, even naiveté, isn’t something to be mocked here, it’s not something to be used as proof that young people should not participate in the events of their time. The children of Space Invaders couldn’t possibly have prepared themselves for what would happen to their neighbors or their nation, but they do act. Even when they can’t be sure where their actions will lead them.

Pictures of the current Chilean protests are all over the internet. They’re hard to miss. The protesters are crying or shouting, silently holding signs or hurling cannisters, they’re being run over and beaten back and shot with rubber bullets. One thing unites them, and that is their youth. Today’s protesters, just like the protesters of the 70s and 80s, have young faces. They have young bodies. In speaking about those bodies, and about how he planned to respond to them, president Piñera said, “We are at war against a powerful enemy, who is willing to use violence without any limits.” He said, “Democracy not only has the right but the duty to defend itself using all instruments . . . and the rule of law to fight those who would destroy it.” One Guardian op-ed, responding with horror to these statements said that, given the president’s choice of words, “You may be forgiven for thinking Chilean democracy is besieged by some terrifying force: a foreign army, or even an invader from outer space. Nothing could be further from the truth.”

And still the record stands.

Amelia Brown is a writer living in Boston. She holds an MFA from Bennington College, and is a regular contributor to the Ploughshares blog. She is at work on her first novel.