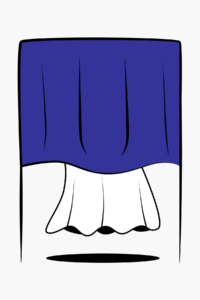 President Trump shocked the nation on Wednesday by calling for a “major investigation” of voter fraud, following Trump’s revelation that 3–5 million illegal votes helped swing the popular vote to his opponent, Hillary Clinton. “I will be asking for a major investigation into VOTER FRAUD,” the commander-in-chief tweeted just before sunrise, “including those registered to vote in two states, those who are illegal and . . . even, those registered to vote who are dead (and many for a long time).” Though I admit that, at first, I couldn’t believe so many people like this had actually voted for president, I was soon reminded of the biggest lesson from this election: Don’t let our increasingly insular communities blind us to America’s great political diversity. With that in mind, I silenced my phone, extended my spirit trumpet, and listened for the forgotten voices of the electorate. Soon, the trumpet’s chain began to rattle and I was surprised to hear the etheric voice of my uncle Darryl for the first time since the mine explosion.

Eric Jett: A lot of people were shocked to hear that dead people had such a huge impact on the election. Why do you think that is?

Darryl Jett: Well, I think a lot of you tend to forget about us dead folk, living in your own little plane of existence. I mean, when was the last time you visited my grave?

I’m just messing with you. What the hell would I want you standing on my bones for? You think I’m spending my eternity watching over you? I can go anywhere in the world! Went down to Nashville just last night! Best version of “Hound Dog” I ever heard.

Nice. There’s a ton of Elvis impersonators down there, right?

Nevermind. The dead apparently went pretty heavily for Hillary. Was she your first pick?

Well, as an old dead guy, I gotta say I identified pretty strongly with Bernie.

But not with Donald Trump?

Oh man. I remember those.

Your loss is our gain.

So why do dead people vote Democrat?

Well, first of all, dead people ain’t no monolith. People been dying a long time, all over the place. A lot of different types here, if you catch my drift.

No, Virginia Beach. It’s a pretty tight-knit community, but obviously me and my partner ain’t always going to agree with Evam about every single thing. Them two been around forever.

Adam and Eve. Just a little nickname we have for them. Real into Jill Stein. But I guess if you’re fishing for a big issue, abortion is definitely up there.

Dead people are largely pro-choice then?

Honestly, the whole pro-life thing really rubs us the wrong way. Republicans also seem to be resorting more and more to scare tactics — extreme terrorists, border rapists, and what have you. Don’t really work on us.

What is dead may never die, right?

What is that? Is that from something?

You too, huh? We still got two more seasons before it hits Deadflix, but all the new arrivals keep going on and on about it. There’s just so many shows these days, though. Where do you even start?

I know what you mean.

I’ve been watching that Burn Notice. You seen that?

That’s what everybody says.

Dad used to watch it.

Yeah, I reckon he would. How’s he doing?

Now that . . . that Trump is president, a lot of people are saying we should respect the process and give him a chance. What do you think?

We’re definitely trying to look on the dark side here. For starters, repealing Obamacare will surely be good for our numbers. Too bad most of the people dying will be Republicans! But seriously, Donald Trump ain’t some unknown quantity, is he? He’s been around a while, been a piece of shit the whole time. Why would he go changing now? And he didn’t exactly give Obama a chance with that birther bullshit, now did he? I definitely get the bring back manufacturing thing — I died in the mine for Chrissakes! But those jobs are deader than me.

Well now that the election is over, is there anything you would like to say to us living folk, now that you finally have our ear?

Stop bringing back the McRib. It’s ours now. What? Wait, what did I say? Aw shit!