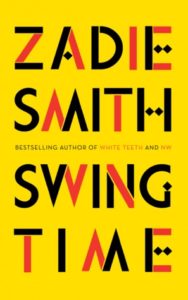 Taking exception to Zadie Smith’s seminal “Two Paths for the Novel” has always been as simple as counting off the paths less binary. Naturally, there are good novels and bad; there are plot-driven novels and sentence-level novels; there are insufferable diaries of middle-class anxiety and essential mirrors to our middle-class anxiety; there’s workshopped prose from your insular MFA vs rangy fiction from the West Indian Day Parade on Eastern Parkway all the way to Box Street in Greenpoint (feral cats living in milk crates); there’s maximalism, minimalism; debuts and late style; there’s “Fail better” and real, absolute failure; there are the 73% who have read at least one book in the past year according to the Pew Research Center, and the outdoorsy 27%; there are Norwegian novels from life, and adult coloring books — which are about life; there’s YA and Dinosaur erotica; romans à clef and Bildungsromans (though if they were on a menu I’d just point); and there are coming-of-age novels and something of an alternative, where time just happens. Or there’s this novel, Swing Time, by Zadie Smith.

“Two Paths” critiqued realism for its kneejerk, flowery description of the “essential fullness of identity and continuity of the self.” Smith made a case against sentences “rich in sound and syntax, signifying (almost) nothing,” especially insomuch as they furthered an insistence on life as a lyrical combo of the self, the weather, and the Pennsylvania Dutch provenance of the furniture. In Swing Time, the operative question seems to be, What would a realist novel look like sans self-like continuity, and without, as well, the interesting personality disorders of avant-garde protagonists.

Swing Time is about two childhood friends who meet in a dance class. Tracey is obnoxiously special; our narrator is not. The slightly more well off of the two, she (who goes nameless) is of mixed race, and grows up at a somewhat chilly intellectual distance from her autodidact mother. The novel seems to set itself up to take discrete measures of class, as in Smith’s last book, NW. But yet more differences arise between the girls; among them, talent. The friends part — for good, in a sense — when Tracey auditions for some kind of Fame-like school and our lesser dancer takes the standardized test to determine if she is ordinary or gifted.

From thereon, Swing Time moves freely in time, which is to say, conspicuously. (Flashbacks are pitched to the reader thusly: “I hadn’t forgiven her — or forgotten”; “Something happened in London?”; subject line: “WHORE.”) Our narrator’s father proves to be full of surprises; Tracey — the confrontational type — resurfaces here and there. In the present (roughly speaking), our narrator becomes an assistant to a pop star, Aimee, and finds her life given over to a celebrity vision of a school for girls in West Africa. Aimee is not much of a parody; she’s type-A, perhaps, but like everyday people says “What doesn’t kill you makes you stronger” instead of I wasn’t listening.

A classroom is cheered by a willing teacher but full of children narrowly focused on repeating phrases in English; the scene seems to borrow from Smith’s essay “One Week in Liberia.” In place of “NGO land cruisers” is a star’s entourage. From her convoy, Aimee watches the children dance and “imitates their moves as best she can while sitting down.” Our narrator drifts in and out of Aimee’s inner circle; the job spans her twenties and on — but it is not her “dream” or her “passion.” What’s the matter with her? Could it be — nothing? Our narrator feels she “lack[s] the desire for myself that would teach me what to choose.”

Not for lack of role models — she is surrounded by embodiments of certitude: her mother, the difference-maker, who speaks of “our people”; Aimee, a white pop star to the rescue. Our narrator zeroes in on what sets Tracey’s fate apart from her own; her body, for one, but also a “sharpness,” how she could become so “willful, lethally bored.” A college beaux introduces her to authenticity; he knows “the names of rivers and where and how exactly they ran into the sea, could tell a mulberry from a blackberry, a copse from a coppice.” All this self seems to our narrator “a form of personal mystery I couldn’t manufacture and disliked in others.”

A woman without qualities — not quite. But this lack of identity reads radically (not to mention, at present, heretically). Our narrator seems to reflect an under-politicized demo: that kind of person who does not hew to the identities that so many around us embrace, who is steered to lonely conclusions about herself; that she is resistant, impermeable somehow. Or not that at all—might she be one of those blanks upon whom the world writes itself? We come to see our narrator most clearly as she shadows Tracey. (Determined as anyone, Tracey, it must be known, never comes particularly close to dancing for a living, or living as a dancer.)

This indeterminateness on the part of our narrator was somewhat expected; she recalls how she felt when sensitive folks worried to her parents, “But won’t she grow up confused? How will she choose between your two cultures? — to the point that sometimes I felt the whole purpose of my childhood was to demonstrate to the less enlightened that I was not confused and had no trouble choosing.” Swing Time is no doubt written in the tradition of psychological realism, but turned against the form’s prized creation: the static self, founded on personal truth. Our narrator expresses a rarer strain of ego, rejecting — and why not? — received notions of her own being. Without identity as we know it, she is more certain of herself.

As ambitious as this thread feels, the scenes onsite in West Africa are oddly flat. This has less to do with illustrating the paradoxes of aid and pretty much everything to do with Aimee, whose character feels like a mistake. She is drawn smaller than life but at a moment when the hysterical seems far more determinative of our world. Shall I repeat 2016’s mantra? Who would have ever imagined a pompous, illiterate impersonator of Mussolini and cantaloupe flesh as our president? The scrupulous irony of the novelist is powerless against today’s celebrities’ (and candidate’s cum president-elect’s) raw tweets. There are still brilliant touches: the moment her aides realize Aimee’s vision will never materialize is when she parrots a trite little bit of rhetoric and self-identifies as “basically a nerd.”

Smith on experimenting with different points of view: “Because I am an English novelist enslaved to an ancient tradition, with each novel I have ended up exactly where I began: third person, past tense.” But not so in Swing Time, where there is a sense of a very accomplished novelist approaching the first-person in a low gear, trying to avoid its antic conventions. Smith has described her “self-disgust or anxiety about saying ‘I,’” a feeling that seems extended to our narrator. But this reading is given to imminent reconsideration. The novel is at its best when our narrator returns from her “second-choice” university and takes a job at a pizza joint. One day Tracey comes in and recruits her as a stagehand. The next time we see her she’s watching Tracey perform:

The thing I remember most vividly is the warmth of her body as she ran off stage and into the wings, into my arms, where I stood ready with a pencil skirt to replace her satin dress, or a black cat’s tail to be pinned on her behind – once she had shimmied out of the pencil skirt – and clean tissues to wipe the sweat that always sprung from the bridge of her freckled nose.

And then the passage moves from sense to sense-making:

She was always serious and silent during these quick changes. She never giggled or fidgeted like the other Hot Box Girls, nor was she in any way self-doubting or in need of reassurance, as I soon learnt was typical of chorus girls but alien to Tracey’s nature. As I dressed or undressed her she remained fixated upon whatever was happening on the stage. If she could watch the show, she would.

Thinking about a novel is a small hypocrisy; one can praise the descriptive approach — parsing the mundanity of our lives — while holding out for the prescriptive: a decisive truth to be wrung from anonymity. Looking at her looking at Tracey, we feel our narrator’s admiration — not quite quiet — of someone who’s memorized all of the show’s artifice but is still “impatient to get back inside it.” It is an impatience shared by many more of us than our world can accommodate.

As Smith wrote of David Foster Wallace: “That he ended up a fiction writer at all speaks to the radical way Wallace saw his own gifts — not as a natural resource to be exploited but as a suspicious facility to be interrogated.” If this is not Smith writing of herself, it is certainly how I think of her. Like Wallace, Smith has been fashioning a somewhat separate nonfiction voice. Her subject matter is predisposed toward doubled, fluid intelligences (Obama, Key & Peele on the “absurdity of race,” and, of course, herself), and to ridding ourselves of needless authenticities: identity politics; middle-class aesthetics: “One way of dealing with the boredom of our own needs might be to complicate them unnecessarily, so as always to have something new to desire.” The grounding of this novel is in her “Brexit Diary,” where she writes of a young mother who lives in the same housing project in which Smith grew up: “[T]he distance between her flat and my house—though it is, in reality, only two hundred yards — is, in symbol, further than it has ever been”; and in a riff on Schopenhauer at the movies (“The erroneous belief that one is an individual at all”).

But if I’ve read Swing Time as a stealth polemic, it’s inseparable from Wallace’s “single-entendre principles” by which it heartily succeeds. The novel feels most purposeful when our narrator looks searchingly upon the certainty of others — their sureness of the inextricability of what and who they are; and as it compares her vagueness to their conviction; her sparseness to their fullness. Where they hold to this idea of themselves as having, like a novel, a beginning, middle, and end, our narrator — our understudy, our backup — plays her small unnamed part in the productions of others.