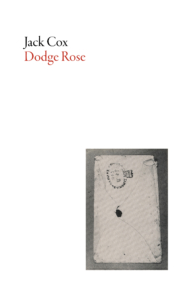 I am all for the belletristic flourish – where would we be without it? – but Jack Cox is something else. Barely out of college and this 26-year-old Australian has dispatched a debut novel so turgid with mannered prolixity as to try the patience of even the most dedicated logophile. Twenty-four pages into Dodge Rose we encounter a telephone ‘ringing out the cankered traces of its own preterite neglect, its fast ablating corrugations as it were wavering over the derelict living room like the fading echo of an apocalypse that had not come to everybody after all.’ This more or less sets the tone.

The first half of Dodge Rose tells the story of two women, the narrator Maxine, and her cousin Eliza, as they attend to the estate of the eponymous Dodge, who has recently passed away. In the second section the perspective shifts – Dodge herself takes on the role of narrator, reminiscing over her youth – as does the register; Maxine’s hyper-alert loquaciousness gives way to a fragmented, sketchy impressionism that recalls Eimear McBride’s acclaimed 2013 novel, A Girl Is a Half-Formed Thing. We are given to understand that there was something “not quite right” about Dodge – there are brief references to retardation, to having been held back at school – but her life as such is scarcely dwelt upon; the real substance of this novel is a curiously myopic fixation on physical things.

Dodge Rose is an exercise in itemization. It positively abounds with lists, inundating the reader with a superabundance of artifacts. The novel is an eccentric paean to material culture, to the chattels that make up our lives and our memories. This passage, from the upper-case-shunning latter half of the book, is characteristic:

Dodge’s recollections include a detailed vignette on her father’s coin collection, as well as her own favorite toys, a miniature toy camera which she carried around her neck, and a piggy bank (“it was a model looked just like the head office with a lot in the roof i think it must have been made before the head office”). In one of the story’s cutest moments, an antique cedar bookcase perfunctorily liquidated by Maxine and Eliza in part one reappears fleetingly in part two in its familial heyday: “we ate in the dining room with its low mahogany cupboards and cedar bookshelves.” The effect is a subtle, poignant evocation of the distance of time.

There are other similarly delightful moments, such as Maxine’s casually affectionate allusion to the senile incontinence of Dodge’s latter years: “She would pick an album to browse and if she’d left a turd she would be tender (though I would know then, there is a turd.)” These bright flickers are, however, largely overshadowed by the book’s stylistic overkill, an artless heavy-handedness that betrays Dodge Rose as a work of grad-school juvenilia. This novel reads like a master-class in workshopped excess, rattling off, with cloying exhaustiveness, every trick in the experimental fiction handbook: abruptly shifting voices, the omission of pronouns, the stylized eschewing of punctuation, relentlessly conspicuous obliquity, semi-ironic deployment of recherché archaisms, etc., etc. And then there are the sporadic lengthy digressions, seemingly designed to playfully vex the reader: a 15-page monologue on the history of land tenure and property co-ownership in Australia; a 5-page comprehensive inventory of the various chattels found in Dodge’s home; and, towards the end of the novel, an unpunctuated, syntactically garbled 12-page segment on the vagaries of the banking system of New South Wales in the 1920s which, had it not been for what had preceded it, might have prompted this reviewer to fire off a solicitous email to the Dalkey Archive Press alerting them to a printing error.

Don’t get me wrong, there is literary prowess here: a certain dexterousness of narration, all brisk, pummeling tempo; a lively wit; a melancholy immersion in social history and the lives of people and things. But the aesthetic timbre is distinctly second-hand. The ghosts of Joyce, Beckett et al. loom uncomfortably large on every page, and for all their élan the stylistic embellishments are merely a tribute to formal innovations that are now a century old. Perhaps it is nonsense to speak definitively of ‘innovation’ and ‘experiment’ when these styles have been such a familiar and legitimate part of the literary landscape for so long. And perhaps it is unreasonable to insist that novelists who aspire to some progressive mantle must be forever breaking new ground. There is, of course, no teleology of literary progress, and avant-gardist purism is a dead-end.

All the same, there is a lot to be said for bringing something of your own to the party. Some little hint or essence; a sensibility. Anything else is just an exercise, a gesture. Dodge Rose is a high-rent throwback, accomplished in its way – a virtuosic demonstration of command of technique, a testament to faculty time well spent – but derivative and parodic in the time-honored, fanboyish tradition of those works that are condescendingly, and often disingenuously, labeled ‘promising debuts.’